Brussels, Den of Spies — The European Capital is a playground for spies

“Brussels has now overtaken Vienna when it comes to the density of so-called intelligence services from outside the EU.”

“Belgium may seem an unlikely destination for a Chinese agent. In fact, it’s a den of spies, according to domestic intelligence agency State Security (VSSE). It says the number of operatives is at least as high as during the Cold War, and Brussels is their chessboard.” 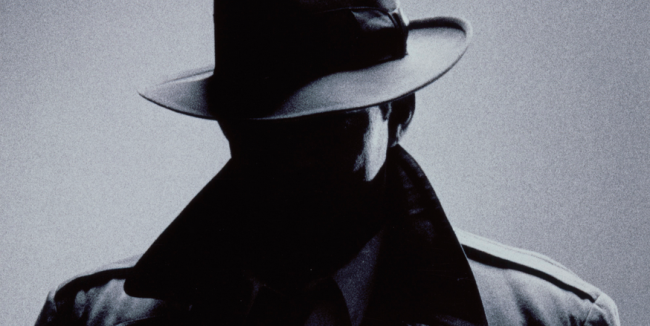 December 1st 2019 — Belgium has clearly become Europe’s den of spies. Not convinced? Let us take a quick look at a few events that occurred in just the last few days. Follow us on Twitter: @INTEL_TODAY

RELATED POST: City of Spies — Brussels Restaurant Owner : “No Spooks in My Place!”

This week, Alan Crawford and Peter Martin penned an excellent piece titled: How Belgium Became Europe’s Den of Spies and a Gateway for China.

I am of course delighted that MSM are finally paying some attention to the growing concern of espionage in the European capital.

But let us be clear about one thing. This issue is far worse than reported. Allow me to review just a few cases that surfaced in recent days. Obviously, one could run a blog dedicated to Brussels as a den of spies.

In early October 2019, the Chinese director of the Confucius Institute at the VUB Brussels University was barred from entering the EU’s passport-free Schengen area for eight years after being accused of espionage. [This case is about trade secrets from US and European aviation and aerospace companies.]

On October 25 2019, it was reported that a Belgian court has begun the first of what could be multiple trials against spies of Colombia’s former intelligence agency DAS accused of undermining human rights organizations in Europe.

According to newspaper El Espectador, Venezuelan citizen Patricia Betancourt is facing slander charges over her alleged participation in “Operation Europe” between 2003 and 2005.

This intelligence operation reportedly sought to “neutralize the European judicial system” through smear campaigns, and allegedly the illegal wiretapping of the European Parliament in Brussels and human rights organizations, according to Colombia’s prosecution. (…)

According to leaked intelligence documents, Operation Europe was the brainchild of former DAS director Jorge Noguera, who was personally appointed by Uribe in 2002 and later convicted for murder.

Uribe’s intelligence chief, a close ally of paramilitary organization AUC, had an “obsession,” according to El Espectador: spying on all human rights organizations that were informing European politicians about state ties to death squads. [Colombia Report]

On November 22 2019, Belgian media — Le Soir and De Morgen — reported that Belgian National Security has confirmed that Rwandan intelligence services are actively engaged in Belgium attempting to weaken what is perceived as a political threat from the opposition to Paul Kagame’s regime.

On November 29 2019, three man were sentenced for espionage. They were monitoring Bota Jardemalie, a Kazak lawyer who has the status of political refugee in Belgium. Two of the three men are former Stasi agents.

“I contacted Belgian authorities after a threat: ‘the Kazakhs hired people to either kidnap you or ‘turn you into a vegetable’. Police took my case seriously & opened an investigation that foiled a kiddnaping plot before I got harmed. So, all compliments to @federalepolitie!”

Obviously, Brussels is a playground for spies! And why not? In March 2019, it was revealed that Jaak Raes — the head of the Belgian State Security Service [VSSE] since April 1 2014 — believes that it is not the task of his agency to monitor the activities of foreign services on the Belgian territory when their espionage is not directed against the interests of Belgium. Go figure…

And let us not forget that a municipality of Brussels is also a safe heaven to Islamic terrorists. This week, we learned that Oussama Attar, although presumed dead, is indicted as the mastermind of the Paris attack. [The trial is set for 2021.]

I remind you that Attar received considerable support from Belgian politicians.

As I have explained long ago, it is very clear that both the Paris and Brussels attacks would not have occurred if some Belgian politicians had not moved Heaven and Earth to obtain the release of Oussama Atar from an Iraqi jail.

At the very least, you would think that these politicians would be sanctioned by the election process.

Not in Brussels. The main organizer of the demonstration to free Atar — has actually been re-elected!

On October 27 2018, I wrote that it may be impossible to form a Belgian Federal government following the May 2019 general elections.

And here we are… Half a year later, Belgium has no Federal Government. Considering the clear and present danger of terrorism and espionage, this situation is simply irresponsible.

Brussels, Den of Spies — The European Capital is a playground for spies