“Pablo  committed suicide. He did not get killed. During all the years they went after him, he would say to me every day that if he was really cornered without a way out, he would shoot himself through the ear.”

“My father worked for the CIA selling cocaine to finance the fight against Communism in Central America.”

“What we’ve learned is that if you look at history what happened with the Medellin Cartel after we took them down, Cali Cartel got stronger, right? Then we take them down, and North Valle Cartel takes over. We’re taking down cartels, and another cartel is born.”

Pablo Emilio Escobar Gaviria (December 1 1949 – December 2 1993) was a Colombian drug lord and narcoterrorist. His cartel supplied an estimated 80% of the cocaine smuggled into the United States at the height of his career, turning over US$21.9 billion a year in personal income. Follow us on Twitter: @INTEL_TODAY

RELATED POST: US REPORT: Colombia’s cocaine production is ‘up’. Really?

UPDATE (December 2 2019) — Since the death of Pablo Escobar, Washington has  contributed around $10 billion (€8.8 billion) to Plan Colombia in order to eradicate cocaine production in the country.

The result is not entirely satisfactory. In recent years, Colombia’s coca cultivation has reached an all time high. 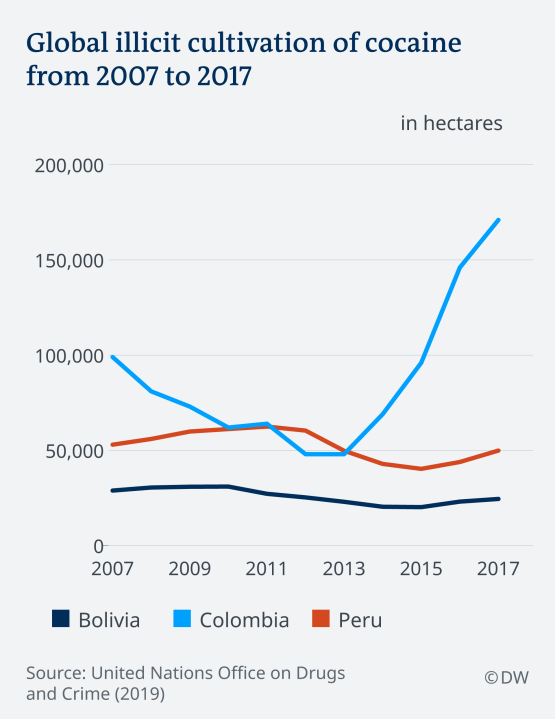 At the time of Escobar’s death, Colombia’s coca cultivation amounted to about  40,000 hectares.

Please, keep in mind that the official statistics about Colombia’s cocaine production should be taken with a ‘pinch of salt’. The estimate is very difficult to make and can be ‘exploited’ to fudge the numbers according to a political agenda.

Escobar was often called “The King of Cocaine” and was the wealthiest criminal in history, with an estimated known net worth of between US$25 and US$30 billion by the early 1990s (equivalent to between about $48.5 and $56 billion as of 2017), making him one of the richest men in the world in his prime.

With authorities closing in, a gun fight with Escobar and his bodyguard, Álvaro de Jesús Agudelo (alias “El Limón”), ensued.

The two fugitives attempted to escape by running across the roofs of adjoining houses to reach a back street, but both were shot and killed by Colombian National Police.

Escobar suffered gunshots to the leg and torso, and a fatal gunshot through the ear.

It has never been proven who actually fired the final shot into his ear, or determined whether this shot was made during the gunfight or as part of a possible execution, with wide speculation remaining regarding the subject.

Some of Escobar’s relatives believe that he had committed suicide.

His two brothers, Roberto Escobar and Fernando Sánchez Arellano, believe that he shot himself through the ear.

DEA special agents Javier Peña and Steve Murphy were assigned as the lead investigators targeting Escobar and his organization.

These true American heroes provide a first-hand lesson in history as they discuss their efforts bringing down the world’s first narco-terrorist, the challenges they faced in oftentimes hostile and life-threatening environments, and the innovative strategies they employed to successfully end the reign of terror of the world’s most wanted criminal.

On This Day — Pablo Escobar Killed in Medellin (December 2 1993)