“Following the reported revelations in the Clinton emails, Amiri was executed for spying. In the Iranian judiciary’s mind, it’s a necessary signal to the US that Iran is aware of their activities in Iran and that this is what is done to those who help the enemy. It’s a textbook spying case.”

“This person had obtained top-secret information and established contacts with our number one sworn enemy, America, and passed on our country’s most crucial intelligence to the enemy.” 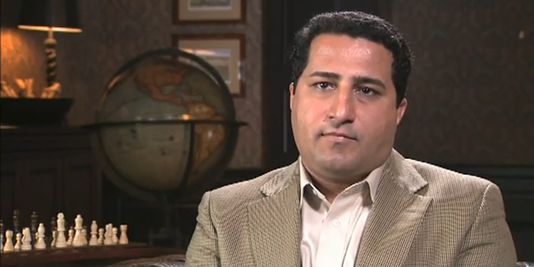 Shahram Amiri (8 November 1978 – 3 August 2016) was an Iranian Kurdish nuclear scientist who disappeared from Iran during 2009–2010 under disputed circumstances, and was subsequently executed by Iran

August 8 2016 — Iranian nuclear scientist Shahram Amiri was executed on Wednesday August 3 2016. He was buried in the western city of Kermanshah. Follow us on Twitter: @INTEL_TODAY

Quite possibly, the answer is yes. So, why is it that no one seems interested in the story?

Dr. Amiri was  an expert in radioactive isotopes at Tehran’s Malek Ashtar University, an institution believed to be affiliated to Iran’s ministry of defence.

“His family reportedly said they were allowed to see Amiri on Tuesday, the day before his execution.

His mother told the BBC that when her son’s body was returned to their hometown, it had rope marks around his neck, suggesting he had been hanged. He was buried later.”

2009: Shahram Amiri went missing when he was on a pilgrimage in Saudi Arabia. Iran accused the US of abducting the scientist.

2010: ABC News reported in March 2010 that he had defected to the US as part of an intelligence coup.

2010: Several videos emerge. First, Amiri claims he has been kidnapped by U.S. spies and was pressured to cooperate with the CIA. Next, he claims that he is pursuing his studies. Finally, he claims to be on the run from the CIA.

2010: Amiri presented himself to the Iranian interest section at the Pakistani embassy in Washington and asked to return to Tehran.

2010: Before his return to Tehran — US secretary of state Hillary Clinton said “Mr Amiri has been in the United States of his own free will” and that “he’s free to go, he was free to come, these decisions are his alone to make”.

2010: mid-July — US newspaper reported that he was paid $5m by the CIA for the intelligence he had shared on Iran’s nuclear activities.

2010: Details unknown but soon after, imprisoned and tortured in jail. (according to “opposition websites”)

2015: Clinton’s emails reveal Amiri was a paid informant. One email, written by a senior official prior to Amiri’s departure , summarized the situation:

“Our friend has to be given a way out. We should recognize his concerns and frame it in terms of a misunderstanding with no malevolent intent and that we will make sure there is no recurrence. Our person won’t be able to do anything anyway. If he has to leave, so be it.”

In 2015, emails sent to Hillary Clinton in 2010 — when she was Secretary of State — were released by the State Department which, according to reports, supported what U.S. officials had long maintained — that Amiri was not abducted but a paid informant who changed his mind.

When Amiri left for Tehran, he reportedly left behind nearly $5 million which the CIA offered him in exchange for information regarding Iranian nuclear weapons program. “He’s gone,” a U.S. official said, “but the money’s still here.”

Dina Esfandiary — MacArthur fellow at the centre for science and security studies at King’s College London — has no doubt about the direct link between the email and the death sentence.

“Following the reported revelations in the Clinton emails, Amiri was executed for spying.”

“In the Iranian judiciary’s mind, it’s a necessary signal to the US that Iran is aware of their activities in Iran and that this is what is done to those who help the enemy. It’s a textbook spying case.”

Five assassination attempts on Iranian Nuclear Scientists occurred between 2010 and 2012. Four of them died. The timing of these events may or may not be a coincidence.

As Mossad Director-General , Meir Dagan was responsible for intelligence, counter-intelligence, and counter-terrorism activities outside of Israel and the Palestinian Territories.

The NYT wrote that:

“Many suspected his hand in the killing of Iranian scientists, who would be driving to work in Tehran only to have a motorcyclist pull up and attach a “sticky bomb” to their cars before speeding off.”

Comment: Dagan was terminated as Mossad director in November 2010.

Did Iran use Clinton’s email to execute a scientist?

UPDATE (August 8 2017) — General Hayden does not claim a direct link between Clinton’s emails and this particular tragic case. But he clearly suggests that it may have happened… “I would lose all respect for scores of intelligence services around the world if they did not have all the access they wanted to Hillary Clinton’s email server.”

Shahram Amiri Is Executed, Taking His Secrets to the Grave –IranWire