Belgium — Operation GLADIO & the “Crazy Killers Gang” [UPDATE : Do you recognize this man?]

“It has become clear to me that a series of investigative strategies had not yielded any satisfactory results, that there have been attempts to manipulate the investigation, while the victims and their relatives have made me understand that they have not been sufficiently heard in the past. It is possible that the killings of Walloon Brabant also targeted the state.”

“I understand that questions arise. And society — especially the victims and their families — is entitled to obtain answers. But I find it too easy to establish links with the way the police forces function today.” 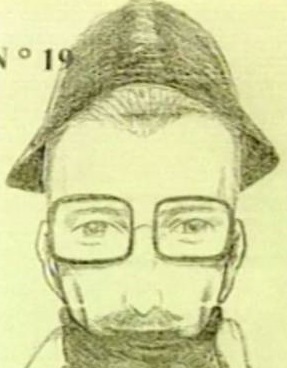 October 27 2017 — In the 1980’s, the “Crazy Brabant Killers” —  as they were known — murdered 28 people (and wounded many more) in a series of robberies in Belgium. The deathbed confession of a former policeman could solve this series of murder cases which have baffled Belgian police for decades. Follow us on Twitter: @INTEL_TODAY

RELATED POST: Welcome to Belgistan! [Is Belgium a Failed State?]

RELATED POST: One Year Ago — ISIS: 3 Belgian Citizens at the ‘Creation’ Meeting

UPDATE (June 17 2020) — Belgian detectives have released the photo of a suspect and appeal for information about the identity of a gun-wielding man in a fresh attempt to crack the case of the Crazy Brabant Killers Gang. 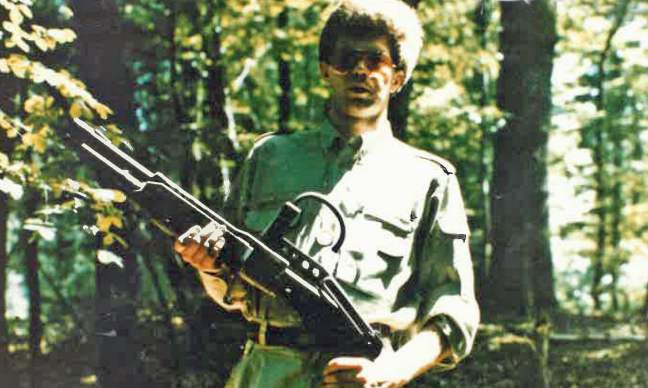 This photo was sent anonymously in 1986 to officers investigating the case. The suspect is pictured holding a semi-automatic SPAS-12 combat shotgun made by the Italian company Franchi.

On issuing the photograph, Eric Van Duyse, a spokesman for the federal prosecutor’s office, said:

“The person who gave this photo said that the individual who is on this photo is a very important person in the Brabant Killers case.

Investigators’ efforts [to identify this person] since then have come to nothing. But since the file was started from scratch, the decision was made to call the public to try to finally find this individual because it is potentially interesting.

This is another step in the investigation.”

Despite a special extension, the statute of limitations runs out in 2025.

Most of the crimes were committed in the Brabant province near Brussels. These cold-blooded killers were never caught.

The ability of this gang to outwit the Belgian police led — once again — to accusations of collusion and cover-ups.

But this week, Belgian authorities have confirmed that they are following a new line of inquiry after a man came forward to say that his brother, a former police officer, had confessed to being “The Giant”.

“In the beginning I was in denial because I really struggled with it, but today I can say formally that this is my brother,” the unnamed man told broadcaster VTM as he recalled how his brother had confided in him two years ago as he lay dying that he was the tall suspected ringleader of the gang.

The suspect — Christiaan Bonkoffsky — was a member of an Belgian elite police commando unit called the Diana Group.

Minister Jambon esteems the comparison with today’s law enforcement corps to be inappropriate.

“The ‘gendarmerie’ no longer exists since 1999-2000. It was integrated into a unique police force, and the culture which dominates today is quite different from that which prevailed at that time within the gendarmerie.

I see few likenesses with the way police is working today. I hope we shall put all of that behind us at last.”

I have great doubt about that…

Most ordinary Belgian people believe that it was wrong to disband the ‘Belgian Gendarmerie’ and blame that decision for much of the current lawlessness prevailing in many areas of Belgium, and particularly in the Brussels area.

UPDATE (October 30 2018) — Belgian authorities issued a statement regarding this cold case. They claim that Christiaan Bonkoffsky is NOT the “Giant”.

Interestingly, they also revealed that a law passed during the last summer — the soccer world cup is always the right time — was written specifically to solve this case.

The law provides Belgian prosecutors with many tools to offer various kinds of deal to criminals willing to turn on their former accomplices.

That is a bit odd. According to an expert I consulted today, there is strong evidence that only one member of this gang may be alive today. Do they expect him to turn himself?

And by the way, the same expert told me that there is no doubt whatsoever that the Belgian police was involved in these brutal crimes.

UPDATE (January 24 2019) — A former police officer has been arrested on suspicion of concealing evidence in the unsolved case of the “Crazy Brabant Killers”.

A retired police officer, named only as Philippe V, was arrested on Wednesday and is reportedly expected to appear in front of an investigatory judge on Thursday. He was a member of the Belgian police’s Delta group, which had been investigating the gang in the 1980s.

He has been questioned in relation to his role in the November 1986 discovery in a canal of a bulletproof vest, a firearm stolen from a police officer and ammunition.

Eric Van Der Sypt from the federal prosecutor’s office said a previous search of the canal a year before had not yielded anything.

Forensic research, published in 2013, suggested the items could have been thrown into the water a few weeks before the police found them.

There has never been any doubt in my mind that this group had a connection with the Belgian paramilitary police force.

And it is quite obvious that their goal was to undermine the State. Last year, top Belgian officials admitted that it was indeed a serious possibility. The “Crazy Brabant Killers” destroyed the Belgian State.

That is a fact. Thirty years later, we still do not know who they are and who they were working for? 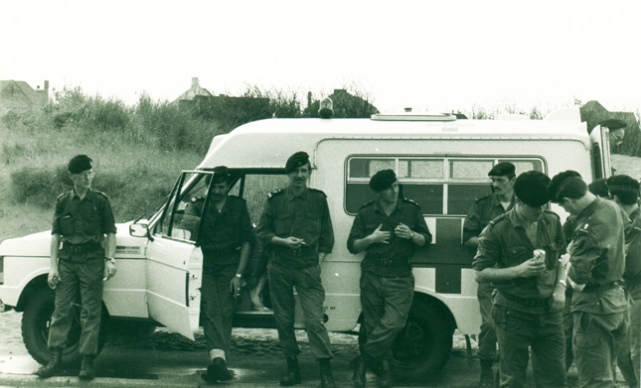