“Unfortunately, this has to be taken into account by people who might come to the attention of the Russian special services. And it is clear, Estonian counter-intelligence had to take action over such obvious Russian spying in Estonia.” 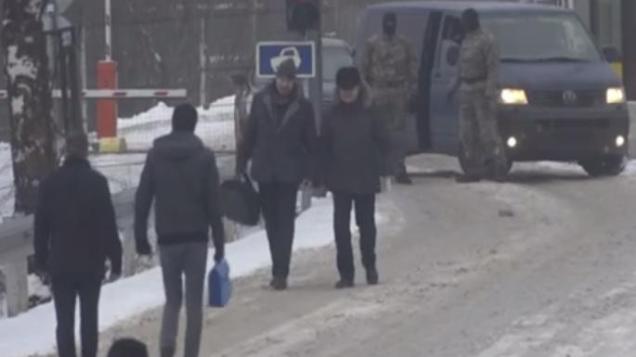 In a scene reminiscent of the Cold-War era, Russia and Estonia carried out a spy swap on a snowy bridge on the border between the two countries. Follow us on Twitter: @Intel_Today

Raivo Susi — an Estonian found guilty of espionage — was exchanged for Artern Zintsenko, who had been sentenced by Estonia for spying for Russia.

In May 2017, a Tallinn court had sentenced Artern Zintsenko to five years in prison for spying on behalf of Russia’s GRU military intelligence.

Raivo Susi was arrested in Moscow’s Sheremetyevo Airport in February 2016 by officers of the Russian Federal Security Service.

Susi — an Estonian aviation technology entrepreneur — was convicted in December 2017 to a 12-year prison term in a high-security prison. He has always denied spying.

The Estonian businessman and the Russian spy were allowed to return home after receiving presidential pardons.

Zinchenko has lived in Estonia on a residence permit since 2013. The Estonian court determined that he was recruited by Russia’s Main Intelligence Directorate (GRU) in 2009, and spent the next four years collecting information about troop movements in Estonia, and about objects of national importance.

Estonian intelligence workers first revealed in April [2017] that they apprehended a Russian spy, but the man’s name was not reported at the time. The arrest itself took place in early January 2017.

Zinchenko reportedly passed sensitive information to members of the GRU on multiple occasions, both by means of special communication and in person, on visits to St. Petersburg. [Moscow Times]