The CIA Psychologists — A Letter from Annie Sparrow [UPDATE]

“I think any normal, conscionable man would have to consider carefully doing something like this. I deliberated with great, soulful torment about this, and obviously I concluded that it could be done safely or I wouldn’t have done it.”

“I will not allow it to become a political trial on ‘Did the then-Bush administration do wrong in its reaction to interrogation of detainees following 9/11 of ’01?’ That’s not what this trial is about. (…) The trial will focus on whether the plaintiffs were subjected to torture, and if so, did the defendants aid and abet — legally aid and abet and factually aid and abet — that torture?” 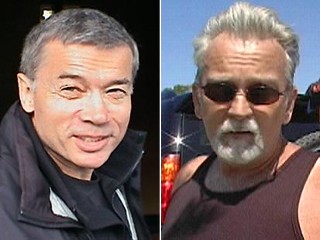 The two psychologists who proposed interrogation techniques — widely viewed as torture — are part of a lawsuit filed on behalf of former C.I.A. detainees. Deposition videos, obtained exclusively by The New York Times, reveal new insights into the enhanced interrogation program and the CIA officials behind it. Follow us on Twitter: @INTEL_TODAY

UPDATE — A federal court judge refused on Friday (July 28 2017) to drop a lawsuit against two psychologists who helped devise the C.I.A.’s interrogation program after the Sept. 11 terrorist attacks, clearing the way for the case to proceed to a trial in September.

The suit is one of the few attempts to hold people accountable for harm caused by the Central Intelligence Agency’s program in the years after the 2001 attacks.

The three plaintiffs had argued that they were detained and tortured in secret C.I.A. prisons using techniques designed by the two former military psychologists, who served as C.I.A. contractors. Most of the techniques used against the detainees have since been banned by the United States government.

At a hearing in United States District Court in Spokane, Wash., Judge Justin L. Quackenbush said he would deny motions by both sides to rule summarily in their favor in advance of a trial. However, he said he would issue a written ruling as to whether the case could go forward on behalf of two of the plaintiffs, who never came into contact with the defendants. [NYT] — END od UPDATE

In a recent piece, the NYT reported the following:

In his deposition, Dr. Mitchell, who once said that most people would prefer to have their legs broken than to be waterboarded, disagreed with a lawyer’s reference to the practice as painful.

“It sucks, you know. I don’t know that it’s painful,” he said. “I’m using the word distressing.”

Both Dr. Jessen and Dr. Mitchell rejected the notion that men subjected to the harsh techniques suffered any long-term physical or psychological damage.

“If they are out there and that happened, then, you know, show me the data,” Dr. Mitchell said. He added that if the techniques were applied as recommended, “my view is, that is so unlikely so as to be impossible.”

Not everyone agrees with Dr. Jessen and Dr. Mitchell on the long-term physical or psychological damage caused by waterboarding. Professor Annie Sparrow just published a letter in the NYT which I reproduce here with her kind permission.

A Letter from Annie Sparrow

In “Suit Gives New Details of Brutal Interrogations” (“Lasting Scars” series, front page, June 22), the two psychologists who guided the C.I.A. in its post-9/11 interrogations claim that waterboarding and other techniques widely condemned as torture cause no long-term physical or psychological damage.

That claim is incompatible with the experience of several hundred survivors of torture from Syria, Sudan and Afghanistan whom I have treated over two decades as a critical-care physician. The C.I.A.’s psychologists, by contrast, have no medical training on which to base this claim.

The characterization of waterboarding — a technique in which prisoners are deliberately suffocated to induce the terror of impending death — by one psychologist as “distressing” is a chilling illustration of his clinical inability to discern the difference between a life-threatening event and non-life-threatening event, let alone acknowledge waterboarding as a form of mock execution.

Americans seek accountability for the use of torture by the United States government. Citizens in North Carolina created a public commission, of which I am a member, to investigate the state’s role in rendition through an in-state C.I.A. contractor.

The writer is a professor of paediatrics and preventive medicine at the Icahn School of Medicine at Mount Sinai. 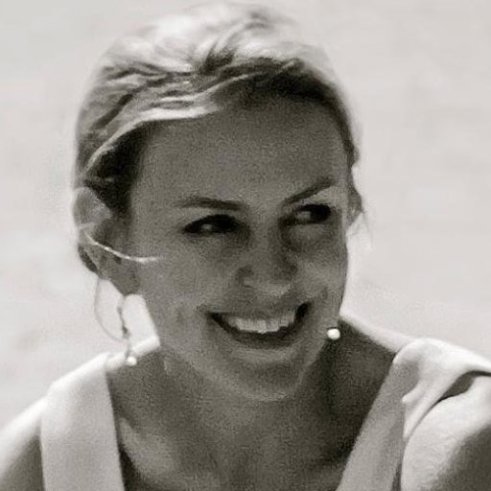 An Australian, Dr. Sparrow spent her first ten postgraduate years practicing pediatric intensive care and retrieval medicine in Britain and her native Perth, with research focused on the resuscitation of children with septic shock. A brief stint in Afghanistan under Taliban rule in 1999 led to an engagement in refugees and global health; such that the next few years were divided between providing urgent care in pediatric and adult tertiary institutions, clinical services to refugees in Australian holding facilities, and mobile primary health care for Aboriginals in remote communities (a collision of first and third world health).

Her first high-profile public-health effort was as a lead public advocate for refugees detained in punitive conditions in Australia. After completing an MPH at Harvard, she joined Human Rights Watch (HRW) as its first researcher with medical training, addressing HIV and sexual violence in conflict in Sudan and Chad, and provided testimony to the International Criminal Court about the widespread crimes against humanity committed by the Sudanese government in Darfur.

After HRW, she spent several years based in Nairobi working in various war-torn countries for the Emergency Response Team of Catholic Relief Services, and a further year as director of UNICEF’s malaria program in Somalia for the Global Fund against AIDS, Tuberculosis, and Malaria.

Since 2013 her focus has been on the humanitarian and human rights catastrophe in Syria. She has travelled repeatedly to the Syrian border in the last four years, to document the health crisis and to train Syrian doctors in critical care, infectious disease and siege medicine.  She has published widely on the public health crisis, including the systematic assaults on doctors and targeting of medical care, which she describes as the weaponization of healthcare: using people’s need for healthcare as a weapon against them. She has documented the re-emergence of poliomyelitis, the threat of cholera, the direct use of chlorine in chemical attacks and the manipulation of chlorine as an indirect weapon of biological warfare. [Mount Sinai School of Medicine]

Dr. Bruce Jessen’s handwritten notes describe some of the torture techniques that were used to “exploit” “war on terror” detainees in custody of the CIA and Department of Defense.

Bush administration officials have long asserted that the torture techniques used on “war on terror” detainees were utilized as a last resort in an effort to gain actionable intelligence to thwart pending terrorist attacks against the United States and its interests abroad.

But the handwritten notes obtained exclusively by Truthout drafted two decades ago by Dr. John Bruce Jessen, the psychologist who was under contract to the CIA and credited as being one of the architects of the government’s top-secret torture program, tell a dramatically different story about the reasons detainees were brutalized and it was not just about obtaining intelligence. Rather, as Jessen’s notes explain, torture was used to “exploit” detainees, that is, to break them down physically and mentally, in order to get them to “collaborate” with government authorities. Jessen’s notes emphasize how a “detainer” uses the stresses of detention to produce the appearance of compliance in a prisoner.

James Mitchell: ‘I’m just a guy who got asked to do something for his country’ — TheGuardian

The CIA Psychologists — A Letter from Annie Sparrow

The CIA Psychologists — A Letter from Annie Sparrow [UPDATE]