“The Italian Intelligence Oversight Committee has contacted my lawyer in Italy asking that I come testify on a CIA operation. Several members have been pushing the Italian intelligence services for release and declassification of documents related to this case.” 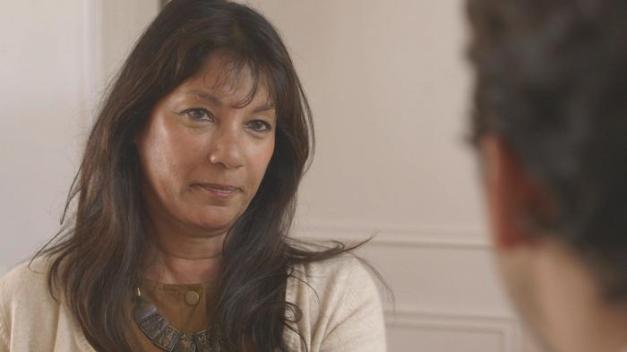 During an interview with FoxNews, Sabrina de Sousa said that she may be forced to testify before a Committee of Italian lawmakers about the secret post-9/11 “rendition” program. INTEL TODAY spoke with her last night. Follow us on Twitter: @INTEL_TODAY

On February 20 2017, the Portuguese authorities have detained the former undercover C.I.A. officer whose extradition has been sought by Italy, where she faced a prison sentence over her role in the 2003 kidnapping of an Egyptian cleric as part of a secret United States rendition program.

Then, at the very last-minute, Sabrina de Sousa was granted a partial pardon.  Allowed to travel, she returned to the United States.

However, Sabrina de Sousa  must still return to Italy to do community service —  the equivalent of house arrest — and she is expected to be called to testify before COPASIR — the Italian government’s version of the U.S. Senate Intelligence Committee.

“I think it will be damaging for both countries. In  Italy, the previous Prime Minister Renzi, asserted state secrets over everything [related to this case], and in the U.S. everything is classified,” she said.

“It sets a precedent, a precedent where the U.S. allowed convictions of intelligence officers and U.S. diplomats overseas by foreign courts,” she added.

The former American spy warns that her testimony could be extremely “damaging”. Although President Trump met with Prime Minister Paolo Gentiloni of Italy this past Thursday, it is not known if her case was discussed. [The meeting focussed on Libya and ISIS.] Trump will visit Italy next month for the G7 meeting.

RELATED POST: Who Tortured Giulio Regeni to Death? And Why?

Sabrina de Sousa is — of course — tired of all these years of legal uncertainty. Last night, she thanked me — and therefore all the readers of this blog– for keeping track of her case. And she has a simple message to pass around:

“I should not have to serve a sentence for a sanctioned operation and decisions made at the highest levels of USG.”

This is indeed particularly true if the Italian Intelligence Agencies were fully aware and accomplice of the operation, while leaving their Oversight Committee in the dark…

[NOTE: This case has always been a bit surreal. Abu Omar —  a Muslim cleric  abducted on February 17, 2003, in Milan by the CIA — has suggested that Italy drop the case against Sabrina de Sousa and the prosecutor general in Rome’s Supreme Court of Cassation had recommended (in 2012) annulling the sentence against De Sousa.]

If Sabrina de Sousa is forced to testify before COPASIR, the work of the Italian Intelligence Community in several North African countries — and its relationship with some Muslim organizations — could be revealed. NOTE: Trump rejected last week Gentiloni’s plea for a US intervention in Libya.

COPASIR — Comitato Parlamentare di Controllo per i Servizi di Informazione e Sicurezza e per il Segreto di Stato (Parliamentary Committee for the Intelligence and Security Services and for State Secret Control) — is a body of the Italian Parliament deputed to survey and oversee the activities of the Italian intelligence agencies. [Wikipedia]

Sabrina De Sousa (born c. 1956, Bombay, India) is a Portuguese-American convicted in 2009 (in absentia) of kidnapping  in Italy for her role in the 2003 abduction of the Muslim imam Abu Omar.

Abu Omar, a Muslim cleric, was abducted on February 17, 2003, in Milan by the CIA. and transported to the Aviano Air Base, from which he was transferred to Egypt, where he was interrogated.

De Sousa is not alleged to have kidnapped Omar herself, but is said to have “helped make false documents to mislead investigators”.

A European Arrest Warrant valid throughout Europe was issued in 2006 by Italian authorities  for her arrest. (They named her publicly in July 2008.)