Hollywood and the CIA. A peek behind the curtains

“I would regularly bump into a parade of Hollywood types, including Harrison Ford and Ben Affleck. I often wondered why these actors were allowed to walk around a top-secret facility. Because he’s going to be playing a CIA guy in a movie? That’s the criteria now?”

The CIA has a long history of “spooking the news,” dating back to its earliest days when the legendary spymaster Allen Dulles and his top staff drank and dined regularly with the press elite of New York and Washington, and the agency boasted hundreds of U.S. and foreign journalists as paid and unpaid assets. Follow us on Twitter: @INTEL_TODAY

In 1977, after this systematic media manipulation was publicly exposed by congressional investigations, the CIA created an Office of Public Affairs that was tasked with guiding press coverage of intelligence matters in a more transparent fashion.

The agency insists that it no longer maintains a stable of friendly American journalists, and that its efforts to influence the press are much more above-board.

But, in truth, the intelligence empire’s efforts to manufacture the truth and mold public opinion are more vast and varied than ever before. One of its foremost assets? Hollywood.

RELATED POST: Courier X: A puzzle with too many pieces.

PS/ “According to a report by the Defense Department’s inspector general, the then-CIA Director Leon Panetta seemed to have stardust in his eyes over the prospect of a Hollywood version of the search for bin Laden. The CIA chief hoped that Al Pacino would play him in the movie. ” 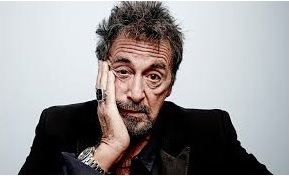 How the CIA Hoodwinked Hollywood

Hollywood and the CIA. A peek behind the curtains