“Dr. No is a dangerous mixture of violence, vulgarity, sadism and sex.”

“James Bond is the personification of capitalist evil.”

“Fleming found he had a love for espionage, and combined with his support for all things British, provided purpose to his life. But after WWII ended, he found himself at loose ends, and took a job with a newspaper. He hated the drudgery that went with the position, and often found himself daydreaming while admiring a picture of Jamaica near his desk. After several vacations to the island, he decided to move there permanently and, drawing on his family’s income, built a home for himself. He called it ‘Goldeneye.’ Fleming told friends he had always wanted to write a spy novel…and now with time on his hands, he did exactly that.”

Ian Fleming: The Man Behind the Most Famous Spy — CIA Website (May 2018) 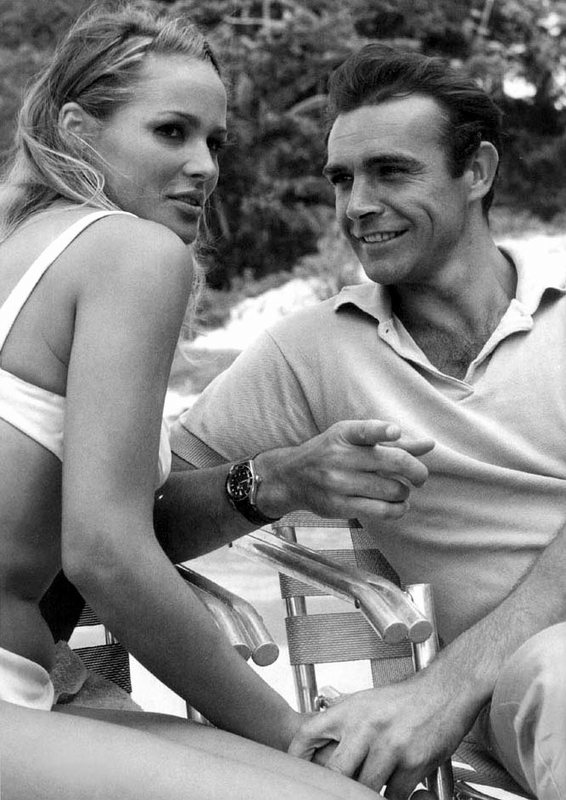 October 5 2020 — On October 5 1962, Dr. No had its worldwide premiere at the London Pavilion. Fifty years after the release of the film, Eon Productions celebrated “Global James Bond Day” on October 5 2012.  Follow us on Twitter: @INTEL_TODAY

Dr. No is a 1962 British spy film, starring Sean Connery, with Ursula Andress and Joseph Wiseman, filmed in Jamaica and England. It is the first James Bond film.

Based on the 1958 novel of the same name by Ian Fleming, it was adapted by Richard Maibaum, Johanna Harwood, and Berkely Mather and was directed by Terence Young.

The film was produced by Harry Saltzman and Albert R. Broccoli, a partnership that continued until 1975.

In the movie, James Bond is sent to Jamaica to investigate the disappearance of a fellow British agent. The trail leads him to the underground base of Dr. No, who is plotting to disrupt an early American space launch with a radio beam weapon.

The Vatican condemned Dr. No as “a dangerous mixture of violence, vulgarity, sadism and sex” whilst the Kremlin said that Bond was the personification of capitalist evil.

The scene of Andress emerging from the water in a bikini topped Channel 4’s 2003 list of one hundred sexiest scenes of film history.

On This Day — James Bond Dr. No Worldwide Premiere at the London Pavilion (October 5 1962)