“I admit I’m being paid well, but it’s no more than I deserve. After all, I’ve been screwed more times than a hooker.”

“You eckshpect me to talk?”

“More than anything else, I’d like to be an old man with a good face, like Hitchcock or Picasso.”

“Fleming found he had a love for espionage, and combined with his support for all things British, provided purpose to his life. But after WWII ended, he found himself at loose ends, and took a job with a newspaper. He hated the drudgery that went with the position, and often found himself daydreaming while admiring a picture of Jamaica near his desk. After several vacations to the island, he decided to move there permanently and, drawing on his family’s income, built a home for himself. He called it ‘Goldeneye.’ Fleming told friends he had always wanted to write a spy novel…and now with time on his hands, he did exactly that.”

Ian Fleming: The Man Behind the Most Famous Spy — CIA Website (May 2018) 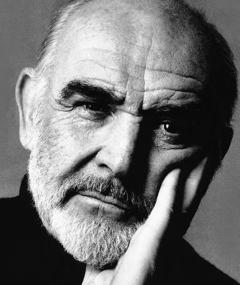 August 25 2020 — Sean Connery, the sexiest man on earth and the only real James Bond in many people’s eyes, has said a lot of things over the years. Here are 15 memorable quotes from the legendary Scotsman. HAPPY BIRTHDAY SEAN!  Follow us on Twitter: @INTEL_TODAY

Sean Connery is basically a living legend. For starters, his name will always be inseparable from James Bond, thanks to the 1962-1983 run that saw him starring in seven films as the suave secret agent.

“Later in his career, he appeared in critically acclaimed films like The Untouchables, which earned him an Academy Award for Best Supporting Actor, and popular franchises like Indiana Jones.

His achievements have garnered some serious accolades. He has been voted both “The Greatest Living Scot” and “Scotland’s Greatest Living National Treasure,” and in 1999, People declared him the “Sexiest Man of the Century.”

And to top it all off, he was officially knighted in 2000.” [Why you don’t see Sean Connery onscreen anymore]

Yes, some of it we’d all like to forget, but the Scotsman undeniably has a way with words.

And as you read some of Sean’s best lines, make sure you do it in the saltiest brogue you can muster.

2. “I admit I’m being paid well, but it’s no more than I deserve. After all, I’ve been screwed more times than a hooker.”

3. “Love may not make the world go round, but I must admit that it makes the ride worthwhile.”

4. “There is nothing like a challenge to bring out the best in man.”

6. “I have always hated that damn James Bond. I’d like to kill him.”

8. “I met my wife through playing golf. She is French and couldn’t speak English and I couldn’t speak French, so there was little chance of us getting involved in any boring conversations—that’s why we got married really quickly.”

9. “I left Scotland when I was 16 because I had no qualifications for anything but the Navy, having left school at 13.”

11. “Everything I have done or attempted to do for Scotland has always been for her benefit, never my own and I defy anyone to prove otherwise.”

12. “The knighthood I received was a fantastic honor but it’s not something I’ve ever used and I don’t think I ever will.”

14. “More than anything else, I’d like to be an old man with a good face, like Hitchcock or Picasso.”

15. “To cultivate an English accent is already a departure away from what you are.”

Daniel Craig had to face a lot of internet bickering when he was cast, but he blew everyone away with a performance that was just right: cool, cruel, ruthless, yet sardonic. It was great at the time and looks even better now. One of the best Bonds.

Sean Connery’s first outing in the Bond role. It gave us the gun-barrel titles and the Monty Norman theme. There was Ursula Andress in the bikini and the exotic Johnny Foreigner villain with an outrageous island lair.

Weirdly ungadgety and downbeat. Connery searches his hotel room for bugs for what seems like 10 minutes, with the theme music playing deafeningly. There’s a great train fight with Robert Shaw’s Red Grant.

“You eckshpect me to talk?” “No, Mr Bond, I expect you to DIE!” This introduced us to Bond’s Aston Martin DB5 and the weird spectacle of Shirley Eaton suffocating in gold. It established the convention whereby the villain leaves 007 time to escape some elaborate automated death.

This great action movie put Connery’s Bond right back on top and introduced us to the Nehru-suit-wearing, cat-stroking master criminal Spectre chief, Blofeld, played by Donald Pleasence. Connery announced his intention to quit after this. Perhaps he knew it could never be this good again?

Sean Connery talks about Roger Moore (in 1983) and Daniel Craig (in 2009) as James Bond and their different interpretations.

This entry was posted in James Bond and tagged James Bond, Sean Connery. Bookmark the permalink.