“Yes, my sin — my greater sin and even my greatest sin is that I nationalized Iran’s oil industry and discarded the system of political and economic exploitation by the world’s greatest empire. This at the cost to myself, my family; and at the risk of losing my life, my honor and my property. With God’s blessing and the will of the people, I fought this savage and dreadful system of international espionage and colonialism.”

Dr. Mohammad Mosaddegh — Defending himself against a treason charge (December 19, 1953) 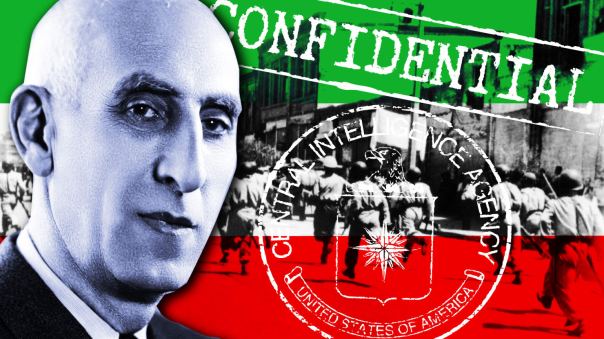 August 19 2020 — Mohammad Mosaddegh (16 June 1882 – 5 March 1967) was an author, administrator, lawyer, and parliamentarian, who was elected as the prime minister of Iran in 1951. His administration introduced a wide range of progressive social and political reforms, notably the nationalization of the Iranian oil industry, which had been under British control since 1913 through the Anglo-Persian Oil Company. His government was overthrown in a coup d’état orchestrated by the British MI6 and the American CIA. Follow us on Twitter: @INTEL_TODAY

In 2013, the CIA has publicly admitted for the first time that it was behind the notorious 1953 coup against Iran’s democratically elected prime minister Mohammad Mosaddegh, in documents that also show how the British government tried to block the release of information about its own involvement in his overthrow.

On the 60th anniversary of an event often invoked by Iranians as evidence of western meddling, the US national security archive at George Washington University published a series of declassified CIA documents.

“The military coup that overthrew Mosaddegh and his National Front cabinet was carried out under CIA direction as an act of US foreign policy, conceived and approved at the highest levels of government,” reads a previously excised section of an internal CIA history titled The Battle for Iran.

The documents, published on the archive’s website under freedom of information laws, describe in detail how the US – with British help – engineered the coup, codenamed TPAJAX by the CIA and Operation Boot by Britain’s MI6.

Britain, and in particular Sir Anthony Eden, the foreign secretary, regarded Mosaddegh as a serious threat to its strategic and economic interests after the Iranian leader nationalised the British Anglo-Iranian Oil Company, latterly known as BP.

But the UK needed US support. The Eisenhower administration in Washington was easily persuaded. [The Guardian]

US officials have previously expressed regret about the coup but have fallen short of issuing an official apology. The British government has never acknowledged its role.

The quiet release of long-awaited and long-hidden CIA documents offers key details on how the U.S. and Britain overthrew Iran’s democratic government in 1953, says the National Security Archives’ Malcolm Byrne.