“It is striking to note the similarity of the ‘scientific’ evidence discovered by the FBI’s Tom Thurman in both the Lockerbie and UTA cases. Of the tens of thousands of pieces of debris collected at each disaster site, one lone piece of printed circuit was found and, miracle of miracles, in each case the fragment bore markings that allowed for positive identification: MEBO in the Lockerbie case and TY in the case of UTA Flight 772. Despite the common findings of the DCPJ, the DST and the Prefecture of Police crime laboratory, Judge Bruguière chose to believe Thurman, the expert in fabricating evidence.” 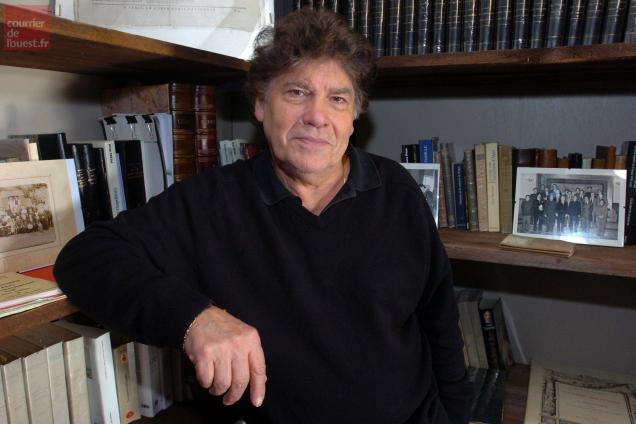 Pierre Péan (5 March 1938 in Maine-et-Loire, France – 25 July 2019) was a French investigative journalist and author of many books concerned with political scandals.

He accuses judge Jean-Louis Bruguière of deliberately neglecting proof of Lebanon, Syria and Iran being involved to pursue only the Libyan trail.

Péan also accused Thomas Thurman, a Federal Bureau of Investigation explosives expert, of fabricating false evidence against Libya in both the Pan Am Flight 103 and UTA Flight 772 sabotages.

While taking his instructions from President Diouf and Jean Collin, Senegalese religious leader Sheikh Zein was going in between the French and the Iranian leaders.

In March, French Interior Minister Charles Pasqua came to Dakar where he stayed at the Presidential Palace and discussed the release of the hostages with Zein. The next month, Zein was in Paris.

In May 1988, the three French hostages (Kauffmann, Carton, Fontaine) were released.

On September 18 1989, a Lebanese newspaper published a letter from the kidnappers reminding Paris that the promises made during the negotiations had not been kept by the French.

And once again, FBI Thomas Thurman solved the case… thanks to a small fragment of an electronic timer pointing to Libya’s culpability.

A top French expert opined than that timer was so big that it would not even  fit in a suitcase!

This entry was posted in Obituary and tagged Obituary, Pierre Péan. Bookmark the permalink.