Bob Woodward : “Role Of Steele Dossier In Russia Probe Needs To Be Investigated” [UPDATE : FBI knew that the dossier was “unsubstantiated and unreliable.”]

Lawyer Hugh Tomlinson: “But none of these documents [mentioned in the rebuttal to the IG report] exist, so they have all been destroyed?”

Christopher Steele :“They no longer exist. That is my assertion, indeed my assertion under oath.”

“I think it was the CIA [John Brennan] pushing this, real intelligence experts looked at this and said no, this is not intelligence, this is garbage and they took it out. But in this process, the idea that they would include something like that in one of the great stellar intelligence assessments as Mueller also found out is highly questionable. Needs to be investigated.” 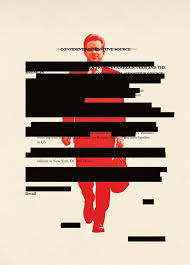 April 26 2019 — “Watergate” journalist Bob Woodward told this week’s edition of “Fox News Sunday” that the role the Steele dossier played in the origin of the Trump-Russia investigation is “highly questionable” and “needs to be investigated.” Follow us on Twitter: @INTEL_TODAY

UPDATE (July 21 2020) — Newly declassified documents that they say “significantly undercut” the “reliability” of the infamous Steele dossier from the Russia probe, as well as the accuracy and reliability of the factual assertions in the Foreign Intelligence Surveillance Act (FISA) warrants against former Trump campaign aide Carter Page.

The first document, which the committee said spanned 57 pages, is a summary of a three-day interview with ex-British intelligence officer Christopher Steele’s primary sub-source.

Steele authored the unverified anti-Trump dossier of claims about alleged ties between Donald Trump and Russia that served as the basis for FISA warrants obtained against Page.

The source, according to the committee, told the FBI in interviews in January and March of 2017 that the information contained in the anti-Trump dossier was unreliable.

The document revealed that the dossier was “unsubstantiated and unreliable,” according to sources who reviewed it, and showed that the FBI was on notice of the dossier’s credibility problems, yet continued to seek further FISA warrant renewals for Page.

The document revealed that the primary “source” of Steele’s election reporting was not a current or former Russian official, but a non-Russian-based contract employee of Steele’s firm, according to the committee.

Moreover, the document demonstrated that the information Steele’s primary sub-source provided him was “second and third-hand information and rumors at best.”

The document also revealed that Steele’s primary sub-source “disagreed with and was surprised by” how information he gave Steele was then conveyed by Steele in the dossier.

The document, according to the committee, further demonstrates that the dossier “which played a central and essential role” in obtaining a FISA against Page. [Fox News — Senate Republicans release files they say ‘undercut’ Steele dossier]

Here is the sentence that puzzles me.

“the primary “source” of Steele’s election reporting was not a current or former Russian official, but a non-Russian-based contract employee of Steele’s firm…”

This is an interesting use of language. This could mean various things as “non-Russian based” is meaningless.

It should be EITHER be a “non-Russia based” which means that the source was not based in Russia at the time of being the source; OR “a non-Russian, based” somewhere (Russia or elsewhere) who is or was a “contract employee”.

If he meant to say “Non-Russia based” then he meant someone who was not based in Russia at that time. So that could be Sergei Skripal or Pablo Miller or someone else.

If he meant the person was a non-Russian it could also be Skripal or Miller; as Miller is a UK national and, I believe so is Sergei Skripal who was granted a British passport when he defected.

My guess is that the statement is intended to be confusing!

On the first anniversary of the Skripal affair, I wrote:

“Frankly, it would not surprise me a bit if we discover one day — 50 years from now? — that a Western Intelligence agency was feeding Skripal with a mix of information and disinformation regarding the alleged Trump-Russia collusion, knowing full well that this report [Steele Dossier] would eventually end up at the FBI.

If true, that agency has played Steele, and therefore the FBI, like a skripka. Let us hope that Robert Mueller has learned from his past mistakes…”

It seems we are moving in that direction a bit faster than I had expected.

The ‘Trump dossier’ consists of a series of unsigned memos that appear to have been written between June and December 2016.

Prior to the release of the Mueller’s report, Intel Today ran a poll: “Is the Steele dossier a genuine work of intelligence or a piece of disinformation?”

Most readers (84%) answered — correctly as we now know — that the dossier is a piece of disinformation.

CHRIS WALLACE: President Trump kicking off what may be the next chapter of the Russia probe, looking into why the FBI launched the investigation and we are back now with the panel. Well, Mr. Woodward, more than two years ago back in January of 2017 when the Steele dossier first surfaced, I remember you saying right here on the show that it is a “garbage document.” Do you feel that the Mueller report basically discredited it, and to what degree do you think it played a role in the Russia investigation?

BOB WOODWARD: That’s what’s going to be investigated by lots of people, including the attorney general and including Senator Lindsey Graham.

CHRIS WALLACE: The inspector general is also doing it.

WOODWARD: And it should be. What I out recently, which was really quite surprising, the dossier, which really has got a lot of garbage in it and Mueller found that to be the case, early in building the intelligence community assessment on Russian interference in an early draft, they actually put the dossier on page two in kind of a breakout box. I think it was the CIA pushing this, real intelligence experts looked at this and said no, this is not intelligence, this is garbage and they took it out. But in this process, the idea that they would include something like that in one of the great stellar intelligence assessments as Mueller also found out is highly questionable. Needs to be investigated.

Earlier this month (April 2019), Attorney General William Barr told Congress that he has formed a team within the Department of Justice to look into the origins of the counter-intelligence investigation, and mentioned the dossier specifically as a point of inquiry.

Bob Woodward : “Role Of Steele Dossier In Russia Probe Needs To Be Investigated”

Christopher Steele admitted under oath in March [2020] that he had no records of his conversations with the primary sub-source for his infamous dossier, contradicting public claims made by his lawyers in December [2019] and sowing further doubts amid allegations that Steele relied on Russian disinformation.

According to a transcript of a British court deposition obtained by the Daily Caller, Steele admitted to a lawyer representing three Russian bankers that he had no records to back up the salacious allegations made in his dossier, all of which were fed to him by one “primary sub-source” who allegedly obtained the information from other sources in Russia, none of whom Steele ever met.

Steele submitted to the deposition after the Russian bankers sued him for defamation for claiming they made illegal payments to Vladimir Putin in his now infamous dossier.

Steele said he had no records related to the creation of his dossier memos, including “Report 112” from the dossier, which dealt with the Alfa Bank owners.

“You have no record of anything, have you?” Tomlinson asked.

“I haven’t got any records relating to the creation of 112,” said Steele.

“Or indeed any of the other memoranda?”

Steele said that a Hushmail account he used in late December 2016 was “wiped” clean.

He also said that communications with Fusion GPS on his company’s computer network were scrubbed on January 5, 2017.

The ’25-page’ US Intel Report released on January 6 2017 was always suspicious. 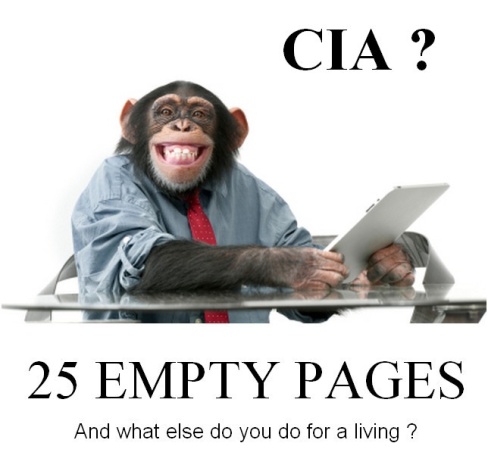 This “Intel Report” is in fact 5 pages long and the document contains 7 pages of information related to the 2012 US election?!?

It is now clear that John Brennan intended to use the Steele Dossier right at the beginning (on page 2), but intelligence analysts pushed back because it is garbage, not intelligence.

And without the Steele Dossier, there was nothing to write.

Justice Mark Warby of the High Court of England and Wales concluded that the allegation about the Putin payments “clearly called for closer attention, a more enquiring approach and more energetic checking.”

“Orbis failed to take reasonable steps in this regard, and to that extent, a breach of the Fourth Principle is established.”

Kevin R. Brock is a former assistant director of intelligence for the FBI. He was an FBI special agent for 24 years and principal deputy director of the National Counter-terrorism Center (NCTC).

Brock believes that the Durham investigation will come to the following conclusion:

“A group of people aligned with or sympathetic to one political party conspired to illicitly use the authorities of the FBI to besmirch the opposing party’s presidential candidate — and that every effort should be made to indict those who can be charged as a result.”

The Russiagate Debacle — Bob Woodward : “Role Of Steele Dossier In Russia Probe Needs To Be Investigated”

Bob Woodward : “Role Of Steele Dossier In Russia Probe Needs To Be Investigated” [UPDATE : FBI knew that the dossier was “unsubstantiated and unreliable.”]

This entry was posted in Russiagate and tagged Bob Woodward, Chris Steele, Russiagate. Bookmark the permalink.