“I will never apologize for the United States — I don’t care what the facts are… I’m not an apologize-for-America kind of guy.”

“Those who refer to the number 52 should also remember the number 290. #IR655. Never threaten the Iranian nation.” 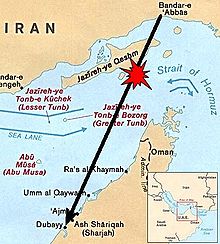 July 3 2019 — On July 3 1988, Iran Air Flight 655 was shot down by a missile cruiser fired from the USS Vincennes under the command of William C. Rogers III. The shoot-down of Iran Air flight 655 may have been an “accident”, but Tehran saw it otherwise. Follow us on Twitter: @Intel_Today

To make it easier for the readers to retrieve various chapters of this book, I have created a special page  “Lockerbie” where all the links to the chapters will be listed with a brief description. You can access that page directly as it appears at the far right of the top bar of this blog.

UPDATE (July 3 2020) — On January 6 2020, Hassan Rouhani — the current President of Iran since August 2013 — tweeted a cryptic message that Middle experts have interpreted as the first admission ever by a senior figure that Iran was responsible for Lockerbie.

“Those who refer to the number 52 should also remember the number 290. #IR655. Never threaten the Iranian nation.”

This tweet was a response to President Donald Trump’s threat to target 52 sites in Iran should it retaliate against the US drone strike that killed top Iranian military figure General Qassem Soleimani on January 3 2020.

Not surprisingly, Rouhani’s message was quickly commented on by Middle East and Lockerbie experts as well as by imbeciles and hypocrites.

Middle East analyst Fatima Alasrar, from the School of Advanced International Studies at Johns Hopkins University, was one of the first to indicate the link between Rouhani’s tweet and Lockerbie.

“Rouhani is basically reminding @realDonaldTrump of the #Iranian Air Flight 655 carrying 290 passengers which was downed by a US navy warship the Vincennes in 1988.

Though it was deemed a human error, Tehran worked covertly to exact its revenge.

Robert Black — Professor Emeritus of Scots Law in the University of Edinburgh and best known as the architect of the Lockerbie Trial– concurs.

Speaking to The National as Iran continued to mourn Soleimani, Black said:

“I think Rouhani’s tweet does refer to Pan Am 103 … The 290 clearly refers to those killed on Iran Air 655 and with ‘Never threaten the Iranian nation’ it seems to me that he’s saying that Iran responded to those Iranian deaths caused by US action.

The only response that I can think of was the bombing of Pan Am 103 six months later.”

Given half a chance, idiots will never miss the opportunity to share with you their “deep knowledge” on sensitive issues. The current Iran Crisis is a case in point.

Describing himself as an expert on terrorism strategy with 36 years of services in the US Intel Community, Malcolm Nance tweeted:

“PANAM 103 was DEFINATELY Qaddafi Libya. We found the same Swiss digital detonators were purchased by Libyan intelligence and were also used on the UTA 772 in flight bombing. No question. Iran had nothing to do with it.”

Here is a quick primer for this “expert”. Firstly, no detonators were recovered, let alone identified, among the debris of PA 103 and UTA 772.

Secondly, the timer that allegedly triggered the bomb on UTA 772 was produced in Taiwan, not Switzerland.

Thirdly, we know now that PT/35(b) — a fragment of an PCB allegedly found at Lockerbie — does NOT match the metallurgy of the Swiss timers — MST-13 — delivered to Libya. Full Stop.

This incident has also exposed once again the hypocrisy of some people working in the sphere of the US Intel community. I have already discussed the case of former CIA director Mike Morell.

In December 2018, Mark Zaid — the guy who rose to fame a few months ago as the lawyer of the CIA ‘whistleblower’ whose complaint started the impeachment against Trump — called me a conspiracy theorist because I regard the Lockerbie verdict as absolute nonsense.

Reacting to the news of Rouhani’s tweet, Zaid quickly posted the following message:

It is almost funny how this national security lawyer can adapt his truth to a new environment. What is Zaid going to do now?

Sue Iran for another US$3 billion? Good luck with that…

There is no doubt whatsoever that Rouhani makes a direct reference to the 290 victims of Iranian Air Flight 655.

His warning “Never threaten the Iranian nation” appears to be a veiled threat suggesting that Iran will retaliate for Soleimani’s assassination just like they did in the case of Iranian Air Flight 655.

Assuming that this is indeed what Rouhani means, then it seems logical to conclude that he is claiming Iran’s responsibility for the downing of Pan Am 103 over Lockerbie.

Actually, it is not the first time that a high level Iranian cleric claims responsibility for Lockerbie.

Indeed, when I spoke to Bani Sadr — who served as the first president of the Republic of Iran — he told me that ayatollah Motashemi-pur had immediately taken credit for the Lockerbie bombing which he regarded as a “just revenge” for Flight 655.

Let me say this one more time. There is no doubt whatsoever that the Lockerbie verdict is utter nonsense.

Megrahi — the man known as the Lockerbie bomber — clearly suffered a spectacular miscarriage of justice.

In fact, the analysis of the fragment that linked Libya to Lockerbie demonstrates that the Swiss timers delivered to Libya played no role in the tragedy.

This is, in my opinion, the only reasonable conclusion that an honest person can reach.

However, to many observers, the innocence of Megrahi — and Libya — can only point to the guilt of Iran.

I can not agree with such a flawed logic, for it may very well replace a 30 years old lie by a new one, which would be quite convenient to certain groups today as it would suit very well their geopolitical agenda.

Is there any evidence linking Tehran to Lockerbie?

It has long been reported that Iran wired a large sum of money to Ahmed Jibril’s PFLP-GC in the days following the Lockerbie bombing.

This would be rather convincing as circumstantial evidence if it was not for the fact that these allegations are pure pieces of disinformation.

Over the last two decades, I have investigated the Lockerbie Case. Among other things, I managed to tracked the so-called Iran payment, and I can state with confidence that this transaction has nothing to do whatsoever with Lockerbie.

RELATED POST: Lockerbie — “Till Truth Do Us Part” [The Legend of the Iranian Payment]

I was also able to uncover the origin of the  infamous “fifth device” fairy tale. There is no doubt that this story was fabricated by a crackpot and published by an irresponsible journalist.

RELATED POST: Lockerbie — Who Is The Mysterious GOLFER? [Part I : Trust No One]

RELATED POST: Lockerbie — Who Is The Mysterious GOLFER? — Part II : “Whatever remains, however improbable, must be the truth.” [UPDATE]

RELATED POST: Lockerbie — Who Is The Mysterious GOLFER? [Part III : Unmasking The Devil]

Let me make this point very clear. There is not a shred of evidence that Iran ordered the destruction of Pan Am Flight 103 over Lockerbie as an act of retaliation for Iran Air 655.

And there is a good reason for that which I will reveal in my book:

Iran Air Flight 655 was an Iran Air passenger flight from Tehran to Dubai.

The aircraft operating on this route was shot down by a missile cruiser fired from the USS Vincennes under the command of William C. Rogers III.

The incident took place in Iranian airspace, over Iran’s territorial waters in the Persian Gulf, and on the flight’s usual flight path.  All 290 people on board died.

The U.S. government issued notes of regret for the loss of human lives, but never apologized or acknowledged wrongdoing.

George H. W. Bush, the vice president of the United States at the time commented on a separate occasion, speaking to a group of Republican ethnic leaders (7 Aug 1988) said: “I will never apologize for the United States — I don’t care what the facts are… I’m not an apologize-for-America kind of guy.”

According to the Iranian government, Vincennes negligently shot down the civilian aircraft: the airliner was making IFF squawks in Mode III (not Mode II used by Iranian military planes), a signal that identified it as a civilian craft.

The event generated a great deal of criticism of the United States. Some analysts blamed the captain of Vincennes, who had entered Iran’s waters, for reckless and aggressive behavior in a tense and dangerous environment.

Iran Air continues to use flight number 655 on the Tehran to Dubai route as a memorial to the victims. This event ranks among the deadliest disasters in aviation history.

“The shoot-down of Iran Air flight 655 was an accident, but that is not how it was seen in Tehran.”

Following the explosion of Pan Am Flight 103 five months later (December 21 1988), the British and American governments initially blamed the PFLP-GC — a Palestinian militant group backed by Syria — with assumptions of assistance from Iran in retaliation for Iran Air Flight 655.

To this day, some experts still believe that the two tragedies may very well be linked.

Western media are rather quite on the 31th anniversary of the tragedy. This is hardly surprising.