“Over the next few weeks, every Argentine seemed to have an opinion about how Nisman had died; the case became the Latin-American equivalent of the J.F.K. assassination, grist for conspiracy theories involving spies and foreign governments and conniving politicians. Posters across Buenos Aires asked: Who killed Nisman?”

“I am not going to speculate because I do not know who killed him but, yes, there are possibly ‘dark forces’ at work in this country.”

“The challenge is very complex. If this had been investigated differently from the start, this would be a whole different thing.” 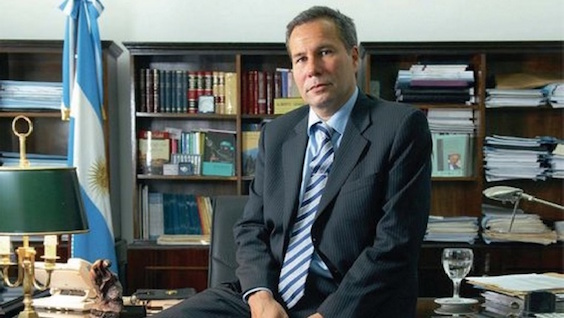 On March 17, 1992, at 2:42 pm (UTC−3), a pick-up truck driven by a suicide bomber and loaded with explosives smashed into the front of the Israeli Embassy located on the corner of Arroyo and Suipacha, and detonated. Follow us on Twitter: @INTEL_TODAY

The embassy, a Catholic church, and a nearby school building were destroyed. The blast killed 29 and wounded 242.

Four Israelis died, but most of the victims were Argentine civilians, many of them children.

It was Argentina’s deadliest terror attack until the 1994 AMIA bombing and it remains the deadliest attack on an Israeli diplomatic mission.

A group called Islamic Jihad Organization, which has been linked to Iran and possibly Hezbollah, claimed responsibility.

Their stated motive for the attack was Israel’s assassination of Hezbollah Secretary General Sayed Abbas al-Musawi in February 1992.

Islamic Jihad also released surveillance footage they took of the embassy before the blast.

In 1999, the Argentine government issued an arrest warrant for Imad Mughniyah in connection with this attack and the 1994 AMIA bombing in Buenos Aires, which killed 85.

It is suspected that the two attacks are linked.

On January 18 2015, one day before he was scheduled to report on his findings, Nisman was found dead in his home.

This entry was posted in Argentina and tagged Argentina. Bookmark the permalink.