“You will see we are not in any particular animosity with the Americans. [The Islamic Republic of Iran] will be a humanitarian one, which will benefit the cause of peace and tranquillity for all mankind. (…) It is advisable that you recommend to the army not to follow [Shah’s prime minister Shapour] Bakhtiar.” 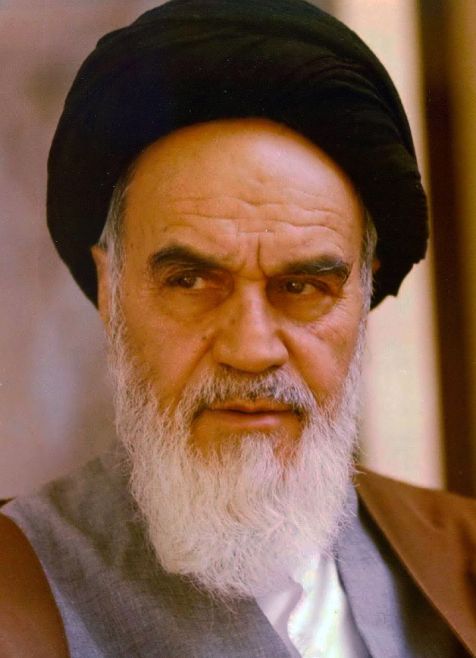 February 1 2020 — On January 17 1979, the Shah left the country, never to return. Two weeks later, on Thursday February 1st 1979, Khomeini returned in triumph to Iran, welcomed by a joyous crowd estimated to be of up to five million people. The communications between Khomeini and the president Jimmy Carter’s administration during the last two weeks of January 1979 remain largely classified and — not surprisingly — highly controversial. Follow us on Twitter: @Intel_Today

RELATED POST: Zbigniew Brzezinski: “An exceptional failure all round.”

UPDATE (February 1 2020) — Recently declassified files indicate that MI6 and the CIA collaborated with Ayatollah Khomeini’s theocratic regime until at least 1983.

The UK’s secret intelligence service, MI6, worked with the CIA to provide a list of alleged Soviet agents in Iran to Ayatollah Khomeini’s theocratic regime, which took power after the overthrow of the UK-backed Shah in 1979. The information was used by the regime to execute leading members of the Iranian communist party, the Tudeh.

The British files also highlight how at least one Foreign Office official considered how the UK might benefit from the forced confessions given by Tudeh members at the time, which were believed to be extracted under torture.

The files suggest British policy was motivated by the desire to curry favour with Iran’s new rulers, rather than concerns over Cold War geopolitics or Soviet influence in Iran, which was recognised to be minimal. [How Britain helped Iran’s Islamic regime destroy the left-wing oppositionby Mark Curtis and Phil Miller]

The list of Iranians allegedly working for the Soviet Union in Iran was provided to Britain by Vladimir Kuzichkin, a major in the KGB who defected to the UK in June 1982, as reported by the New York Times and London Times in 1986.

In a first-person message, Khomeini told the White House not to panic at the prospect of losing a strategic ally of 37 years and assured them that he, too, would be a friend.

“Khomeini’s message is part of a trove of newly declassified US government documents – diplomatic cables, policy memos, meeting records – that tell the largely unknown story of America’s secret engagement with Khomeini, an enigmatic cleric who would soon inspire Islamic fundamentalism and anti-Americanism worldwide.

This story is a detailed account of how Khomeini brokered his return to Iran using a tone of deference and amenability towards the US that has never before been revealed.

The ayatollah’s message was, in fact, the culmination of two weeks of direct talks between his de facto chief of staff and a representative of the US government in France – a quiet process that helped pave the way for Khomeini’s safe return to Iran and rapid rise to power – and decades of high-stakes tension between Iran and America.

In the official Iranian narrative of the revolution, Khomeini bravely defied the United States and defeated “the Great Satan” in its desperate efforts to keep the Shah in power.

But the documents reveal that Khomeini was far more engaged with the US than either government has ever admitted. Far from defying America, the ayatollah courted the Carter administration, sending quiet signals that he wanted a dialogue and then portraying a potential Islamic Republic as amenable to US interests.” [BBC]

The former Carter administration officials have always maintained that Washington had stood firm behind the Shah and his government. However, declassified US documents show otherwise.

Only two days after the Shah departed Tehran, the US told a Khomeini envoy that they were — in principle — open to the idea of changing the Iranian constitution, effectively abolishing the monarchy.

Moreover, US officials gave the ayatollah a key piece of information: “Iranian military leaders were flexible about their political future.”

Zbigniew Brzezinski — National Security adviser to Carter from 1977 to 1981 — could not recall the communications between Khomeini and the Carter administration.

“There were a lot of maneuvers by people at that time and I do not have any special information particularly on the Ayatollah and his role in it.

Probably in some fashion there was some involvement but nothing specific that I can recall.”