”I want to talk about why I want to be President. It’s not fair to judge my whole career by a rehash on Iran. How would you like it if I judged your career by those seven minutes when you walked off the set in New York?’

I’m very upset about it. Tell your goddamned network that if they want to talk to me to raise their hands at a press conference. No more Mr. Inside stuff after that.” 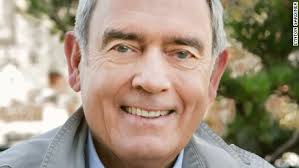 In the evening of January 25 1988, Vice President George Bush and Dan Rather, the CBS News anchor, shouted at each other in a 10-minute interview about the Iran-contra affair on live national television. Follow us on Twitter: @INTEL_TODAY

At the time, Bush claimed that he had not been aware at the start that arms were being sold to Iran in exchange for the release of Americans held hostage in Lebanon, and that he had not heard of opposition to the Iran arms deals from other top officials.

The exchanges became so heated that the vice president and the anchorman often talked at the same time.

One of the most tense moments came at the end, when Rather asked Bush if he would submit to a news conference before the Iowa caucuses on the issue.

When Bush said he had held 86 news conferences since March, Rather closed by saying:

“I gather that the answer is no.

Thank you very much for being with us, Mr. Vice President.”

Beyond the television drama

The vice president’s answers to Rather also raised new questions and highlighted contradictions about his role in the Iran arms sales.

For example, Bush has repeatedly said he did not learn until December 1986 about the arms-for-hostages nature of the clandestine shipments to Iran.

Rather pointed out that the arms-for-hostages deals were described explicitly in the July 29, 1986, meeting Bush had with Amiram Nir, counterterrorism adviser to then-Israeli Prime Minister Shimon Peres.

Bush’s chief of staff, Craig L. Fuller, wrote a memo at the time recounting the discussion.

“I was told what they were doing, and not what we were doing,” Bush said, referring to the Israelis.

According to Fuller’s account, Nir told Bush that Israel’s role was: “We activated the channel; we gave a front to the operation; provided a physical base; provided aircraft.”

This was to “make sure the U.S. will not be involved in logistical aspects.”

The Israeli then went on to describe later phases in the operation involving U.S. officials, including the failed mission by former national security adviser Robert C. McFarlane to Iran in May.

This entry was posted in IranContra and tagged George W. Bush, Iran-Contra affair. Bookmark the permalink.