“My purpose was… to send a signal that the United States was prepared to replace the animosity between [the U.S. and Iran] with a new relationship… At the same time we undertook this initiative, we made clear that Iran must oppose all forms of international terrorism as a condition of progress in our relationship. The most significant step which Iran could take, we indicated, would be to use its influence in Lebanon to secure the release of all hostages held there.”

“I have known Mehdi Hashemi inside out since our childhood. He is a devout Muslim, a militant revolutionary, and a great admirer of the Imam.” 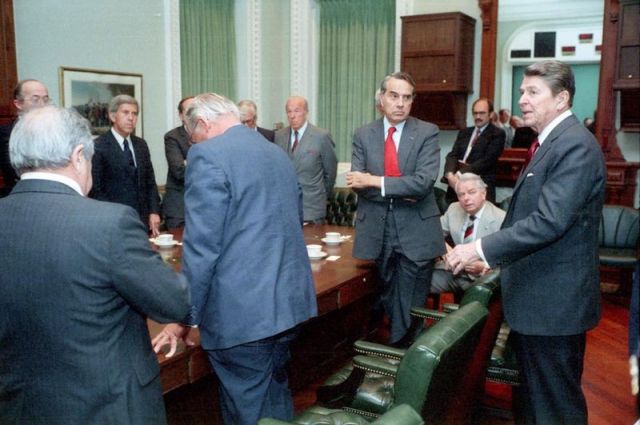 Under the January 17 1986 Presidential Finding — which CIA director William Casey and CIA General Counsel Stanley Sporkin helped Colonel Oliver North put together — the U.S. Army sold the TOW missiles to the CIA, who in turn passed them on to general Secord, who then delivered them to Iranian agents. Crazy enough? The Reagan administration then used the proceeds of the arms sale to fund terrorists in Central America. This is not Fake News. This is History. Follow us on Twitter: @INTEL_TODAY

RELATED POST: One Year Ago — Michael Morell: “Let Us Kill Iranians and Russians in Syria!”

UPDATE (January 17 2020) — BELGA is the Belgian national news agency and leader supplier of news from Belgium. The agency describes itself as a trusted source of reliable news regarding events related to Belgium.

The piece reveals no new facts about the case. But one sentence caught my attention.

Translation: “[Jacques monsieur] was sentenced in the United States in 2010 in a case related to the Iran-Contra case, which concerned the illegal sale of Iranian weapons to rebel groups.”

This serious piece of disinformation deserves the Intel Today 2019 Fake News Award! Allow me to explain…

The Iran-Contra Affair was a US operation, run directly from the White House, during which Israeli weapons were provided to Iran despite an arms embargo.

The profit of these arms sales was used to fund the Contras in Nicaragua despite strict prohibition by an Act of Congress (the Boland Amendment).

There is no doubt whatsoever that BELGA journalists know full well the nature of the Iran-Contra scandal. So, the real question is: why are Belgian MSM lying about it?

My guess is that the Belgian Deep State is very worry about the revelations that Monsieur could make now that he is back in Belgium.

There is no doubt whatsoever that Monsieur was working in collaboration with various Western Intelligence Agencies. And he certainly has a lot of stories to tell…

And by the way, the Belgian government has just drafted a law that would make it illegal to publish any State Secret. All experts agree that this text is a clear violation of the Freedom of Press granted by the Constitution… It looks as if someone has hit the panic button.

After receiving the information from Mehdi Hashemi — a senior official in the Army of the Guardians of the Islamic Revolution — the Lebanese magazine Ash-Shiraa exposed the affair on November 3, 1986.

US Senior administration officials secretly facilitated the sale of arms to Iran, which was the subject of an arms embargo.

They had hoped to fund the Contras in Nicaragua while at the same time negotiating the release of several U.S. hostages.

Under the Boland Amendment, further funding of the Contras by the government had been prohibited by US Congress.

This affair is usually regarded as one of the most important scandals in US modern history.

Hashemi was executed in Tehran in September 1987 before his verdict was announced.

This was reportedly done to preclude the intervention on Hashemi’s behalf by Ayatollah Montazeri.

The execution was a blow to Montazeri, who had pleaded with Ayatollah Khomeini on Hashemi’s behalf.

This was the first public reporting of the weapons-for-hostages deal. The operation was discovered only after an airlift of guns (Corporate Air Services HPF821) was downed over Nicaragua.

Eugene Hasenfus, who was captured by Nicaraguan authorities after surviving the plane crash, initially alleged in a press conference on Nicaraguan soil that two of his co-workers, Max Gomez and Ramon Medina, worked for the Central Intelligence Agency.

The scandal was compounded when Oliver North destroyed or hid pertinent documents between November 21 and November 25, 1986.

According to the New York Times, enough documents were put into a government shredder to jam it.

COVER UP : Behind the Iran Contra Affair

“Ultimately the sale of weapons to Iran was not deemed a criminal offense but charges were brought against five individuals for their support of the Contras.

Those charges, however, were later dropped because the administration refused to declassify certain documents. The indicted conspirators faced various lesser charges instead.

In the end, fourteen administration officials were indicted, including then-Secretary of Defense Caspar Weinberger. Eleven convictions resulted, some of which were vacated on appeal.

The rest of those indicted or convicted were all pardoned in the final days of the presidency of George H. W. Bush, who had been vice-president at the time of the affair.”