“Reports that say that something hasn’t happened are always interesting to me, because as we know, there are known knowns; there are things we know we know. We also know there are known unknowns; that is to say we know there are some things we do not know. But there are also unknown unknowns—the ones we don’t know we don’t know. And if one looks throughout the history of our country and other free countries, it is the latter category that tend to be the difficult ones.”

January 8 2020 —  The year will bring lot of surprises as we know full well that there are plenty known unknowns and unknown unknowns. Here are a few known dates regarding stories that Intel Today is following: General Michael Flynn, Dag Hammarskjold, Lockerbie, Kryptos and… James Bond 25. Follow us on Twitter: @INTEL_TODAY

As a wise guy once famously said:

“It is difficult to make predictions, especially about the future.” [1]

Thus, I will not attempt to make any hard predictions, but I will offer some educated guesses…

January 28 2020 — General Mike Flynn is sentenced. On Tuesday January 7 2020, federal prosecutors called for up to six months of prison time for Michael Flynn, arguing he no longer shows the remorse he did when he pleaded guilty in 2017.

UPDATE — Flynn’s sentencing is now set for Feb. 27 2020. Under federal guidelines, he could face zero to six months in jail, and federal prosecutors have said his sentence should be in that range. Flynn’s lawyers have urged the judge to sentence him to probation with no jail time. [See Court Document]

January 30 2020 — John Le Carré will receive the Olof Palme award at a ceremony in Stockholm on 30 January for his engaging and humanistic opinion-making in literary form regarding the freedom of the individual and the fundamental issues of mankind.

Spring 2020 — The SCCRC has recently stated — in a document seen by Intel Today — that it expects the report on the Megrahi family’s application to be issued in its current financial year, which ends in March 2020.

Intel Today is reasonably confident there that the SCCRC will find that there may have been a miscarriage of justice, for the six reasons specified by their predecessors in 2007 and also on at least some of the further additional grounds advanced since then.

I wish James good luck but I fear it may be his last mission. Everyone has to die one day. 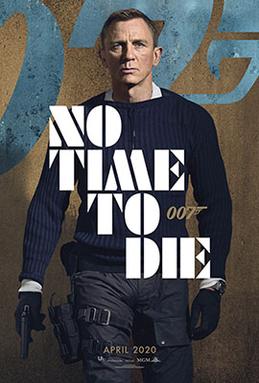 May 2020 — CIA Memorial Ceremony — In late May, the Central Intelligence Agency will hold its annual memorial ceremony to pay tribute to the men and women of CIA who have died in the line of duty.

Quite possibly, new stars will be added to the Memorial Wall this year.

John Durham has requested John Brennan’s emails, call logs and other documents from the CIA.Durham wants to learn what Mr. Brennan told other officials, including the former F.B.I. director James B. Comey, about his and the C.I.A.’s views of a notorious dossier of assertions about Russia and Trump associates.

Intel Today expects some information to be disclosed before the summer 2020, even if there is no certainty that Durham will write an official report.

October 5 2020 — In October 2019 a court ruled that French former President Nicolas Sarkozy will face trial for alleged campaign financing violations. The trial date has not been set.

Sarkozy is also facing charges of corruption and influence peddling for allegedly trying extract classified information from a judge about an investigation focused on him.

This trial will start on 5 October 2020 and will last until 22 October, a Paris court said on January 8 2020. Sarkozy will thus become France’s first former president to stand trial on corruption charges.

Finally, there is suspicion that Sarkozy’s campaign was funded by Gaddafi. The investigation is ongoing…

November 3 2020 — KRYPTOS is 30 years old. Since its dedication on November 3 1990, there has been much speculation about the meaning of the four encrypted messages it bears. The sculpture continues to be of interest to crypto-analysts, both amateur and professional, who are attempting to decipher the fourth passage.

Unknown 2020 — Sir Alex Younger, the Chief of the Secret Intelligence Service (SIS), better known as MI6, and Sir Andrew Parker, his opposite number at MI5, are both thought to be standing down in 2020.

RELATED POST: Who Is Who in World Intelligence and Security Agencies : MI6 Alex Younger [2017]

Fall 2020? – Fall 2021 — Dag Hammarskjold — In late December 2019, the United Nations General Assembly approved a resolution extending until 2021 the investigation into the mysterious 1961 death of secretary-general Dag Hammarskjold. It is not clear that an intermediary report will be published in the fall  2020.

There are known knowns — Wikipedia

[1] The remark has been attributed to Niels Bohr, Goldwyn, Robert Storm Petersen, and Yogi Berra. But it seems it originates from a debate in the Danish parliament in 1937/1938.