“For anyone who wants to understand the essence of the CIA, one need look no further than this hallowed wall. These stars, and the memories they hold, will forever inspire and sustain us as we carry on the work to which those whose stars find lasting peace in this finely chiseled constellation devoted their lives.”

September 12 2019 — Currently, there are 133 stars carved into the marble of the CIA Memorial Wall; 93 are unclassified. Who are those men and women? When did they die? Why are they honored by a star?  Follow us on Twitter: @INTEL_TODAY

During the 2016 CIA Memorial Ceremony, four stars were added to the Wall, bringing the total then to 117.

All four were killed in either training or travel accidents.

According to a  CIA spokesman, the selection criteria for the Memorial Wall have evolved since its creation in 1974.

The four newest honorees were put forward by the Honor and Merit Awards Board, which regularly reviews its records for potential additions.

All additions to the Wall must be approved by the CIA director. John Brennan approved these four names.

NB. When the CIA honors several officers with a star during the same ceremony, I have no way of knowing the star number of a given individual. In this series,  I will assume that — in such case — the stars are ranked according to the year of death.

Ksawery “Bill” Wyrozemski, an air operations officer who died in a vehicle accident in Africa in support of operations in what is now the Democratic Republic of the Congo in 1967. 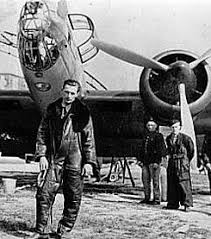 Bill was born in Poland amid the chaos of the First World War.

During the Second World War, Bill joined a Royal Air Force fighter squadron staffed by Polish pilots, and he flew Spitfires and P-51 Mustangs right up through the Allies’ victory in 1945.

With the advent of the Cold War, Bill brought his talent and expertise in aerial warfare to CIA.

Former CIA Director Richard Helms said Bill “was a man who, better than most, knew the meaning of freedom.”  [CIA Website]

“There was one tragic postscript to the rescue effort. Several months after the February crash, “Big Bill” was transferred to Albertville on the Congo’s eastern border.

Shortly after his arrival, he was concerned about a possible rebel force moving toward Albertville from the west, and Bill got approval from Leopoldville to make a short reconnaissance of the area.

He had been instructed not to go alone, but no one else was readily available. Returning to Albertville, he was killed when his Land Rover was hit head on by a Congolese Army truck speeding on the wrong side of the narrow road.

CIA Honors its Fallen in Annual Memorial Ceremony — May 24 2016