One Year Ago — Havana Syndrome : Havana, Beijing… And Where Else?

“There’s been some other locations [where] we’ve had similar situations. We’re still working on it. I think if it was an intelligence-based operation, it’ll be hard to attribute.” 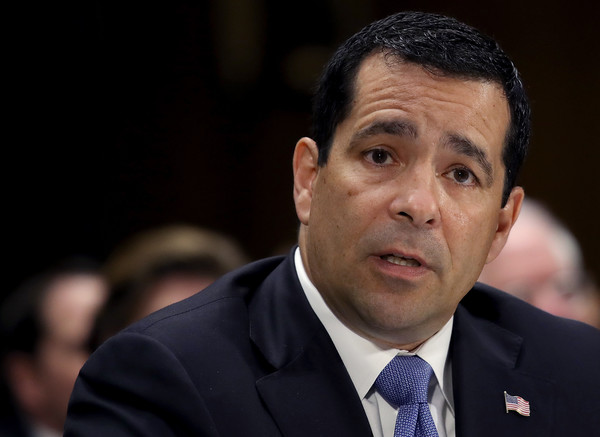 September 8 2019 — In 2016, two dozen of US diplomats — most of them actually spies — based in Havana suffered a range of symptoms including hearing loss, tinnitus, headaches and dizziness. Later, US diplomats in Beijing experienced the same symptoms. US experts now consider “microwave weapons” as the prime suspect.  Follow us on Twitter: @INTEL_TODAY

UPDATE (September 8 2019) — Forty internationally renowned Cuba scholars, policy-makers and policy analysts will gather at Dalhousie University in Halifax this fall to take the measure of “The Cuban Revolution at 60.”

“Attendees will also learn the results of the very latest research into a controversial and mysterious ailment reported by some US and Canadian diplomats in Cuba.

Dr. Alon Friedman, a ground-breaking neuroscientist at the Dalhousie University Brain Repair Centre who recently led a multidisciplinary study into the so-called “Havana Syndrome” for Global Affairs Canada, will present his findings at the conference.”

In 2014, I recommended a simple way to document microwave attacks in Brussels, Belgium.

The culprits could have been caught “Red Handed”. Pure and simple. But a few days before the project was about to begin, someone decided to cancel the 24/7 monitoring of RF signals in Brussels. Who gave that order and why?

For the record — The expression “Havana Syndrome” was coined by Dr. Ludwig De Braeckeleer and appeared for the first time in a story published by the Intel Today blog on October 3 2017. [Here is the tweet]

On September 5 2018, William Evanina — Director of the US National Counter-Intelligence and Security Center — made two extraordinary revelations.

Firstly, similar events have occurred elsewhere. Secondly, the effects are believed to be the consequences of an intelligence operation.

Since the beginning of this story, I have argued that the symptoms were related to an exposure to microwave radiation.

Today, there appears to be a consensus on this issue among US experts investigating the case.

In this post, I bring you three additional pieces of information. I believe that similar events have occurred in Brussels, possibly before the recorded and disclosed attacks in Havana.

I also suspect, as Evanina suggests, that the primary purpose of these microwave attacks was to gather intelligence, not to hurt the US diplomats. Finally, I have some very good reason to suspect one country: China.

I believe that it is highly unlikely that such operation could have been set up without the complicity of Belgian administrators, and possibly politicians.

William Evanina has been the Director of the US National Counterintelligence and Security Center since 2014.

In a recent interview with former CIA Director Mike Morell (Sept 4 2018), Evanina suggested both Russian and Chinese intelligence services have intensified their operations from areas well beyond the territorial United States – including in Africa, Mexico and Cuba.

Cuba, in particular, was on top of his “worry list,” he told Morell.

“The capabilities…with the Cuban Intelligence Service for decades are silent but deadly,” he said.

Earlier this week, experts who examined dozens of diplomats and embassy staffers who were sickened – and some of whom suffered brain damage – while serving in posts in Cuba and China said in an interview that microwave weapons may have been the source of the traumas.

Evanina said a team of officials from the FBI, CIA, National Security Agency and State Department were continuing what has already been a months-long joint investigation into the matter – and hinted at the existence of other cases, elsewhere.

“There’s been some other locations [where] we’ve had similar situations,” he said. “We’re still working on it.”

He also suggested a culprit may never be publicly named.

“I think if it was an intelligence-based operation, it’ll be hard to attribute,” he said.

For now, let us be patient and let us wait for the final report to see if Brussels is indeed named among the cities where microwave attacks were conducted against US diplomats.

In fact, recent news may have offered an indirect confirmation…

In April 2016, Belgian newspaper L’Echo reported that the U.S. had agreed to buy a building previously occupied by bank insurer AXA in the leafy district of Watermael-Boitsfort, at the edge of the Brussels city limits about seven kilometers from downtown.

“We’ve been working in the current facility since World War II, we’ve outgrown these facilities as our engagement with Belgium and the EU has grown,” said U.S. embassy spokesperson Elijah Waterman.

“Therefore we’ve been looking for alternate sites for several years but we cannot comment on a specific location.”

The report in L’Echo suggested the embassy could move to the new site in as little as two years, after an upgrade of the premises for security needs.

This week (Monday 03 September 2018), the United States officially announced that it will not purchase the AXA site. Why? The official story is the following.

In 2016, the United States signed a conditional agreement to buy the AXA building but only if it could be demolished first!

But last year, the Belgian government — under pressure from Watermael-Boitsfort politicians — declared the building a protected monument.

Therefore it cannot be demolished and the conditions of sale, as stipulated in the contract, are not met.

One thing appears about certain. Protecting that building against “microwave attacks” would have been a true nightmare, if not a physics impossibility. Stay tuned!

Mass Hysteria or Microwave Weapons—What’s Behind the ‘Sonic Attacks’ On U.S. Diplomats — Newsweek

What Harmed U.S. Diplomats In Cuba? The Mystery Continues— NPR

These Americans suffered severe neurological disorders in Cuba. Now they have a lawyer — MiamiHerald

Microwave Attacks — Havana, Beijing… And Where Else?

One Year Ago — Havana Syndrome :  Havana, Beijing… And Where Else?