“It is a disservice to the men and women of the United States and Canadian diplomatic services to suggest they are suffering from a ‘mass psychogenic illness’ arising from their tenure in Havana.”

“It’s not imagined. All I can say is that there is a truth to be found. Whatever happened was not due to a pre-existing condition, because we test for that.” 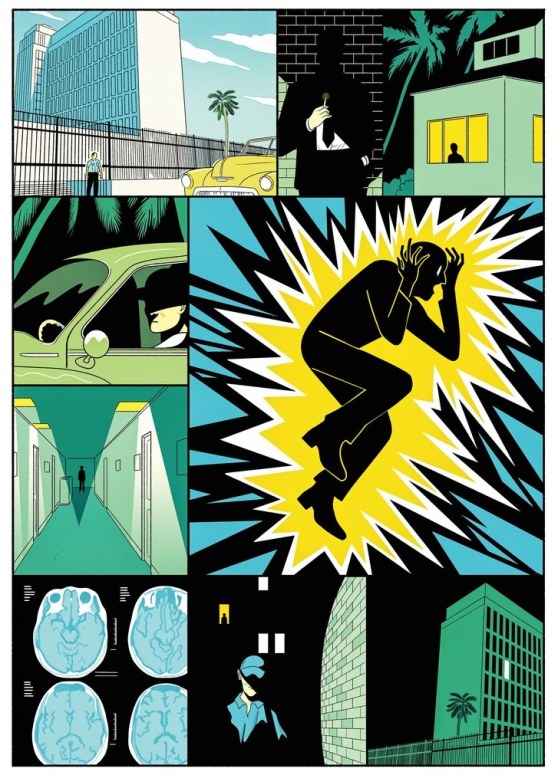 July 5 2019 — Edward Shorter is the Jason A Hannah Professor of the History of Medicine as well as a Professor of Psychiatry at the University of Toronto. He has researched the methods allowing to differentiate psychogenic from somatogenic complaints. Follow us on Twitter: @INTEL_TODAY

RELATED POST: Microwave Attacks — Havana, Beijing… And Where Else?

Researchers from the University of Pennsylvania performed the magnetic resonance imaging scans on the personnel between August 2017 and June 2018. They then compared the images to results from 48 controls.

The diplomats had significantly smaller amounts of white brain matter, and markedly lower levels of connectivity between parts of the brain responsible for sight and hearing, said the study, published by the Journal of American Medicine.

The difference in the brains between the two groups “is pretty jaw-dropping at the moment,” lead researcher Dr. Ragini Verma, a professor of radiology at Penn, told Reuters.

“Most of these patients had a particular type of symptoms and there is a clinical abnormality that is being reflected in an imaging anomaly,” she said.

Mass psychogenic illness expert Robert Bartholomew claims that the symptoms are not externally induced, but the results of a functional or psychogenic disorder.

I have long argued that the Timeline does not support the theory of an “epidemic hysteria”.

However, I do not agree with Professor Shorter when he suggests that the lesions were caused by device intended to inflict injury.

As I have explained since the beginning of this story, it is quite plausible that the diplomats are the victims of a spying operation using microwaves. Inflicting injury was not the purpose of this operation but the lesions are nonetheless very real.

For the record — The expression “Havana Syndrome” was coined by Dr. Ludwig De Braeckeleer and appeared for the first time in a story published by the Intel Today blog on October 3 2017. [Here is the tweet]

In the autumn of 2016, many members of the U.S. mission in Cuba began to develop “symptoms of dizziness, ear pain and tinnitus” — as physicians who investigated them reported — after perceiving high frequency noise and cerebral pressure. In the late winter of 2017, 14 members of the Canadian legation began developing similar symptoms.

Do these diplomats have hysteria, now being called “Havana Syndrome?” Or do they have a lesion, caused by some kind of a device intended to inflict injury?

A number of things are wrong with the “psychogenesis” (hysteria) argument. Most notably, symptoms of hysteria are caused by the action of the mind.

A study led by Dr. Michael E Hoffer, a neuro-otologist at the University of Miami, however, reported problems with the central vestibular system (inner ear) in 36 per cent of American diplomats and their families affected by Havana syndrome.

Lesions in this part of the auditory apparatus would be organic. Inner ear damage is not psychogenic and means that the tissues of the inner ear itself have sustained some kind of assault.

It is wrong to see these diplomats and their families as fitting any kind of psychogenic profile. In 1974 psychiatrist François Sirois at Laval University analyzed 70 outbreaks of “epidemic hysteria,” both historical and present-day. Of the 70, 69 occurred in girls and young women. Only one of the 70 — the koro epidemic in Singapore in the 1960s — affected males only. (Koro is the delusional belief that your sex organs are retracting inside your body.)

Historically, “hysteria” — meaning physical symptoms “of unexplained origin” —was associated more with women than men. This is because it has been women who, traditionally, have borne the brunt of loss and suffering, and often dealt with these wrenching emotions by developing bodily symptoms.

Thinking that these middle-aged men and women in the U.S. and Canadian embassies in Havana could have been suffering from “mass psychogenic illness” simply defies belief.

It is wrong to imagine that their symptoms could have some kind of psychological mechanism. The mechanism of psychogenesis/hysteria is suggestion. For example, all the schoolgirls fall to the ground vomiting at recess because they have been suggested into their symptoms.

The loss of balance, sensations of pressure inside their brains and so forth that these diplomats report are no more psychological than mumps.

“Stress” has been invoked as the psychological motor. Indeed these diplomats and their families are under stress. But so is everyone else. Stress is a constant in modern life. Schoolteachers in inner city schools around the globe are also under stress, but they don’t develop this illness of the diplomats.

What caused these lesions? It is anybody’s guess. But medicine has a long history of assuming psychogenesis when occult organic disease is at play. Multiple sclerosis in women, for example was once considered to be a form of hysteria.

Similarly, before the discovery of endometriosis, deep pelvic pain in women was diagnosed as hysteria. Let’s not make this mistake again.