“The role of the Stasi in exporting terrorism to the West has come under renewed scrutiny after Scottish prosecutors demanded access to members of the former East German spy agency suspected of helping the Lockerbie bombers.”

“Admitting that the organization had erroneously rushed to judgment in response to an unimaginable tragedy, CIA director Gina Haspel issued a posthumous apology Wednesday to the family of Abdel Baset al-Megrahi in light of new evidence which conclusively clears the former Libyan Airline employee of any involvement whatsoever in the Lockerbie attack.”

April 1 2019 — The world-famous citizen journalism website Schrödingcat has broken many earthshaking stories in the last few years. But their latest scoop is out of this world. Schrödingcat investigators have uncovered incontrovertible evidence that Vladimir Putin masterminded the bombing of Pan Am 103 over Lockerbie. The news was quickly repeated by UK Prime Minister Theresa May. Follow us on Twitter: @INTEL_TODAY

For more than 30 years, we have been told that Gaddafi was responsible for the bombing of Pan Am 103 on December 21 1988.

Except for a few conspiracy theorists, no one ever doubted that this was indeed what happened. 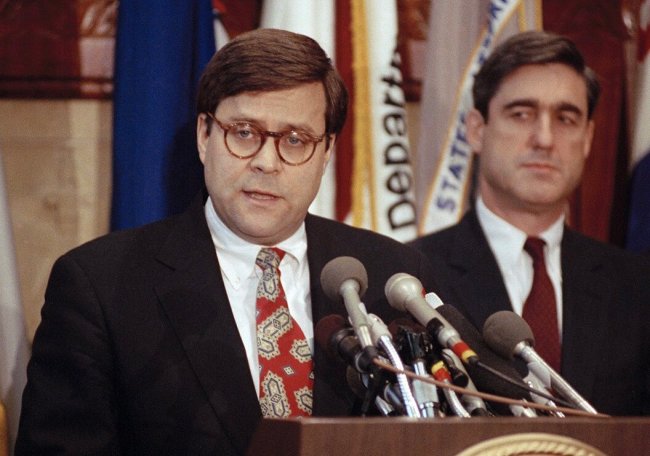 November 14 1991 — United States Acting Attorney General William Barr and Assistant Attorney General Robert Mueller announce that they have obtained warrants for the arrest of Abdelbasset Ali Mohmed Al Megrahi and Al Amin Khalifa Fhimah for their role in the bombing of Pan Am 103.

Who could possibly doubt the judgment of people with such extraordinary intellect and impeccable integrity?

RELATED POST: The Dark Past of Special Prosecutor Robert Mueller — The Bulger Gang, Lockerbie, Anthrax… An Exceptional Failure All Round. [UPDATE III]

The matter was settled once and for all in January 2001 — at least it seemed at the time — when three judges found a Libyan official guilty at the Zeist trial.

The case was rather circumstantial as the prosecutors could not explain how the lone Libyan terrorist had managed to plant the bomb on the plane.

This was, as the judges said, a small glitch in the prosecution case presented by Mueller and Barr.

The Lockerbie case seemed an old and completely uninteresting story until Schröd¿ngcat investigators discovered in December 2018 a Stasi ID pass used by Vladimir Putin when he was a Soviet spy in the former East Germany.

Vladimir Putin, then a KGB major, got his Stasi card in 1985 and kept it officially stamped until December 1989, when the communist East German regime collapsed amid mass pro-democracy protests.

For once, Kremlin spokesman Dmitry Peskov made no attempt to dispute the discovery of Putin’s Stasi card.

“The KGB and the Stasi were partner intelligence agencies so you probably can’t rule out an exchange of such identity cards,” Peskov said.

But historians and terrorism experts quickly noticed that the timing was entirely consistent with the planning of the Lockerbie bombing.

Last week, two dozen of former Stasi officers have been questioned by investigators about their knowledge of the Pan Am 103 case and the role Putin may have played in this affair.

According to a well-informed MI6 source, the evidence against Putin is overwhelming, indeed incontrovertible.

As soon as Vladimir Putin arrived in Dresden, he requested that a Stasi officer contact Edwin Bollier, the owner of a small electronics company (MeBo). Bollier was one of their agents in Switzerland.

The scientist charged with this operation was Dr Steinberger from the Stasi’s Scientific and Technical Institute. To the Stasi, Bollier’s codename was “Rubin”.

Bollier’s job was rather simple. First, he had to produce a unique electronic timer (known as MST-13), and then convince Libya to buy a bunch of them.

Also, Bollier had to give a few free samples to the Stasi. [The East German Police certainly did not know that Bollier was also working for the CIA under Codename “AGA”.]

Next, Putin arranged for a few of the timers — “known to have been solely delivered to Libya” — to be supplied to one of their proxy terrorist organisations, namely the Popular Front for the Liberation of Palestine – General Command (PFLP-GC) of Ahmed Jibril.

Former head of the CIA John Brennan quickly admitted that he may have relied on “bad information” when he compared the evidence against Libya to a “slam dunk”.

“I suspected there was more than there actually was,” former CIA Director John Brennan said on Sunday.

Jibril accepted the job, with the understanding that it was revenge for the shoot down of Iran Air 665. His organization was well paid for the job (US 10 Million). [Former CIA Bob Weirdo has already provided evidence of this payment to the Scottish Criminal Cases Review Commission.] 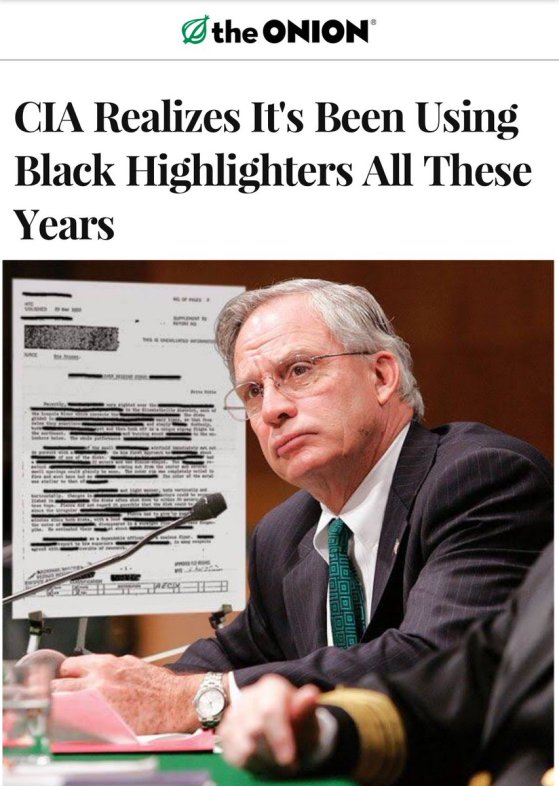 The CIA report linking Jibril to Lockerbie was redacted but the report was accidentally published in a form that allowed the redacted information to be easily retrieved. The report was published in the PDF file format, and the classified sentences were covered by a black bar. However, the text below it had not been erased, and was present in the file. Schrödingcat investigators discovered that a simple cut-and-paste between Acrobat Reader and Microsoft Word was sufficient to make the lines reappear.

In truth, Putin was simply acting in revenge for the Farewell Project that cost so many Russian lives, and in the end led to the fall of the Soviet Union.

According to a former  high-ranking FBI agent, Putin also organised the assassination of Gus W. Weiss — the mastermind of the Farewell Project — and asked the KGB assassins to disguise his death as a suicide.

Over the last weekend, UK scientists working at Porton Down have re-analysed the explosive residues found on a key piece of evidence recovered from the Lockerbie debris.

They came to the conclusion that the explosive is ‘similar’ to SEMTEX, a compound known to have been developed in the Soviet Union.

“It is now clear that Pan Am 103 was destroyed with an explosive of a type developed by Soviet Union. This is part of a group of explosives known as ‘SEMTEX’.

Based on the positive identification of this chemical agent by world-leading experts at the Defence Science and Technology Laboratory at Porton Down, (…) the Government has concluded that it is highly likely that Russia was responsible for the bombing of Pan Am 103.”

The CIA quickly issued a posthumous apology after this new evidence clears  Abdel Baset al-Megrahi of any involvement in the Lockerbie attack.

In a short statement, CIA Director Gina Haspel confirmed that the agency was now operating under the assumption that Ahmed Jibril conducted the terrorist attack under the inspiration and funding from Putin.

“The U.S. Central Intelligence Agency extends its most sincere and heartfelt apologies not only to Mr. Abdel Baset al-Megrahi, but also to his grieving family and the many friends who stood by his side,” said an emotional Haspel, acknowledging for the first time that the CIA had based its entire Lockerbie investigation on the testimony of a single, questionably reliable eyewitness who later recanted.

Analysis — The story is not as clear as it seems. According to a CIA source — who wishes to remain anonymous — Jibril was no more than a stooge.

Usually, serious investigators do not pay much attention to “anonymous sources” but you must remember that “AGA” was communicating to the CIA.

And “AGA” later confessed having supplied both Abu Nidal and Carlos (the Jackal) with various pieces of electronic equipment, including a ‘bomb suitcase’.

Indeed, many at the Agency believe that Abu Nidal was the person contracted by Putin to bring down Pan Am 103. This would explain why Putin also ordered Nidal to be assassinated just prior the US invasion of Iraq.

Comment — Officially, Nidal committed suicide. He shot himself several times… in the back of the head. What a brave freedom fighter, as Ronald Reagan used to call them!

PS: Granted, this ‘April Fool’ satire is utterly ridiculous. Perhaps, some of you will find it funny, depending on how much you know about the Lockerbie Case. But I will ask you one question.

Think about the Steele dossier, the Skripals’ official narrative and the Lockerbie court opinion. And now ask yourself: Who is really not credible?

This entry was posted in Parody and tagged Lockerbie, Parody, Putin. Bookmark the permalink.

3 Responses to Lockerbie — Theresa May Blames Vladimir Putin for Lockerbie