“Less than a month after Buckley’s kidnapping, then-US president Ronald Reagan signed an order that put in motion what would become known as the Iran Contra Affair. Justified as a program to barter the release of American hostages held by Iranian-linked Hezbollah, the program saw the United States sell Iran missiles through Israel in exchange for the release of kidnapped Americans in Lebanon. By the time the first such sale was made in August 1985, however, Buckley was already dead.” 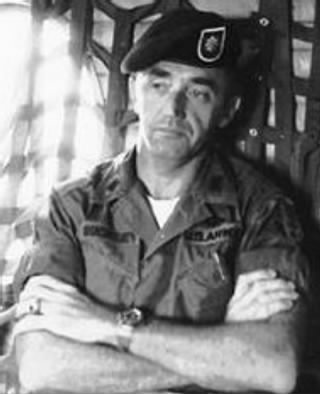 In the early morning of March 16, 1984, William Francis Buckley, political officer/station chief for the Central Intelligence Agency (CIA) at the United States embassy in Beirut, Lebanon, was kidnapped outside his residence. Follow us on Twitter: @INTEL_TODAY

RELATED POST: On This Day — CIA COS Richard Welch Is Assassinated in Athens (December 23 1975)

As Buckley left for the U.S. embassy, armed men forced him into their car. The masked kidnappers would be later identified as fundamentalist terrorists from the Islamic Jihad, which is the parent organization of Hezbollah—its secret terrorist organization.

Lieutenant Colonel Buckley—a decorated military veteran of the U.S. Special Forces—had been employed by the CIA since 1965, often in clandestine CIA assignments in foreign countries such as Syria and Pakistan.

Initially, Buckley was to be used by the Jihad for a prisoner exchange. However, the exchange failed to materialize and, instead, Buckley was airlifted to Iran. At that time, several Islamic Jihad members allegedly drugged, and severely tortured and beat Buckley for more than a year.

Two of the alleged interrogators and torturers, both high-ranking members of Hezbollah, were Imad Mughniyeh, and Dr. Aziz al-Abub (also known as Ibrahim al-Nadhir).

Mughniyeh was often considered by terrorist experts—before the September 11, 2001 attacks on the United States—to be more dangerous than Osama Bin Laden.

The first terrorist attack planned by Mughniyeh is alleged to be the 1983 U.S. embassy bombing in Beirut, Lebanon. His involvement in the kidnapping, severe torturing, and eventual death of Buckley is one of a long list of terrorist events that Mughniyeh allegedly planned and successfully carried out.

Al-Abub is a psychiatrist who regularly in the 1980s used psychological/political persuasion methods such as drugs, brainwashing, and torture to convince hostages to divulge secrets. Al-Abub made graphic videos of Buckley and other hostages during and after torture events with the intent to antagonize foreign governments.

After about fifteen months in captivity, sometime in June 1985, Buckley died from injuries suffered from the brutal beatings of the Islamic Jihad and from medical neglect, specifically identified as untreated pneumonia.

His body was returned to the United States on December 28, 1991. He was buried in Arlington National Cemetery, in Virginia, with full military honors.

Co-written with Samuel M. Katz, Beirut Rules recounts the story of CIA Station Chief William Buckley who was kidnapped and later murdered in Lebanon by Hezbollah during the 1980s.

President George H.W. Bush, a former director of the CIA, said this about Beirut Rules: “In these pages, Fred Burton and Samuel Katz ably describe the selfless service and ultimate sacrifice of CIA’s William F. Buckley, murdered brutally while held as a hostage in Lebanon. Beirut Rules can’t bring this quiet hero back to life. But it will show a new generation the value of a life well lived in service of country.”