“Look — in the intelligence community — I’m not giving you a controversial opinion here. I kept up with all of the CIA, National Security Agency analysts, everybody involved in the intelligence side, and to a man nobody has ever said to me that it was Libya. The National Security Agency reporting on Lockerbie is absolutely damming that it was Iran and Syria behind it, rather than Libya. It’s damning, damning, damning, it’s rock solid intelligence”.

“Let me take, for example, the Lockerbie case and also the case of the Ténéré [UTA] that were blamed on Libya when all intelligence services know that these attacks were committed by Ahmed Jibril under the inspiration and funding from Iran.”

“The case was largely based on this inside guy [Libyan defector Abdul Majid Giaka]. It wasn’t until the trial that I learned this guy was a nut-job and that the CIA had absolutely no confidence in him and that they knew he was a liar. The CIA and the FBI kept the State Department in the dark. It worked for them for us to be fully committed to the theory that Libya was responsible.” 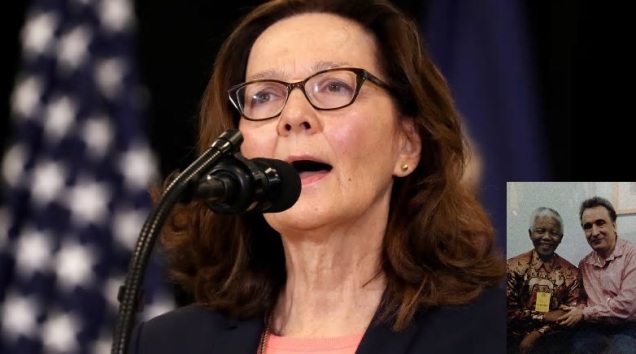 January 13 2019 — This week, four black men who were wrongly accused of raping a white teenager in Florida 70 years ago have been pardoned. Officials voted unanimously to issue the pardon at a meeting in the state capital of Tallahassee. The Onion — an American newspaper organization famous for its satirical articles — published an amazingly ‘funny’ piece titled: CIA Issues Posthumous Apology After New Evidence Clears Osama Bin Laden Of Involvement In 9/11 Attacks. I took the liberty to repost the piece with a few edits. I replaced the name (and picture) of Osama Bin Laden by Abdel Baset al-Megrahi, the name of Zacarias Moussaoui by Ahmed Jibril as well as 9/11 by Lockerbie. The result is quite disturbing. Follow us on Twitter: @INTEL_TODAY

RELATED POST: On This Day — Lockerbie Judges Under the Weather (Malta – December 7 1988)

RELATED POST: Lockerbie 30th Anniversary — What do you think about the Lockerbie verdict? [Poll Result – December 21 2018]

UPDATE (January 27 2019) — On January 13 2019, Professor Robert Black, best known as the architect of the Lockerbie Trial, tweeted a link to this post with a humorous warning for his followers.

“Note for the credulous: there has not (yet) been a CIA apology.”

Dr. Richard Fuisz was even more direct. In an email sent to Intel Today on January 13 2019, Dr Fuisz wrote:

Every Sunday, I write a light-hearted piece, sometimes a joke or a parody, sometimes a post in the “Animal Spies & Warriors” series. As you can imagine, these posts do not attract much visitors and none ever made the top ten of this blog.

This being said, I was therefore baffled by the large number of visitors this post has received over several days, and nights!

At first, I thought it was a prank. But all indicated that the traffic was legitimate. It did not originate from one country, let alone one individual. It was not re-directed from a famous website. There was simply no anomaly that I could detect to explain the unusually large number of visitors for a parody.

What then happened? It turns out that many people around the world failed to realize that the Onion piece was — of course — a satire! And some News Channels actually re-posted that piece as real news!

This prompted others to explain that the piece was… Fake News! Martin Schenk, writing for Hoax Alert, wrote the following article: Fake News: CIA Did NOT Issue Posthumous Apology, New Evidence Did NOT Clear Osama Bin Laden Of Involvement In 9/11 Attacks.

Did new evidence clear Osama Bin Laden of involvement in the 9/11 terrorist attacks and did the CIA posthumously issue him a formal apology? No, that’s not true: the story was made up by a satirical website that often gets mistaken for real news.

The story originated from an article published by The Onion on January 9, 2019 titled “CIA Issues Posthumous Apology After New Evidence Clears Osama Bin Laden Of Involvement In 9/11 Attacks”

The CIA website makes no mention of an apology at all.

The Onion is one of the oldest and best known satire websites on the internet. Their about page claims:

“The Onion is the world’s leading news publication, offering highly acclaimed, universally revered coverage of breaking national, international, and local news events. Rising from its humble beginnings as a print newspaper in 1756, The Onion now enjoys a daily readership of 4.3 trillion and has grown into the single most powerful and influential organization in human history.

In addition to maintaining a towering standard of excellence to which the rest of the industry aspires, The Onion supports more than 350,000 full- and part-time journalism jobs in its numerous news bureaus and manual labor camps stationed around the world, and members of its editorial board have served with distinction in an advisory capacity for such nations as China, Syria, Somalia, and the former Soviet Union. On top of its journalistic pursuits, The Onion also owns and operates the majority of the world’s transoceanic shipping lanes, stands on the nation’s leading edge on matters of deforestation and strip mining, and proudly conducts tests on millions of animals daily.”

Articles from The Onion are frequently mistaken for real news by people on social media that only see the headline, short description and thumbnail image.

Being one of the best known satire sites their articles also frequently get copied by “real” fake news sites that don’t carry a satire disclaimer.

But back to my post… Please, read it again and ask yourself why the story sounds so plausible?

On January 13 1898, Zola wrote his famous letter “J’Accuse…!” which forced the French government to exonerate Dreyfus.

Udo is best remembered for denouncing European media who write lies under pressure from the CIA. Here is one of my favourite quotes:

“I’ve been a journalist for about 25 years and I was educated to lie, to betray and not to tell the truth to the public. The truth will come out one day, the truth won’t die.”

“January 13” should be our “International Truth Day.” Sure, once a year is not much, but one day of truth is still better than nothing at all…

Pan Am 103 crashed over Lockerbie 30 years ago and many relatives of the victims are still waiting for the US and UK governments to tell the truth.

LANGLEY, VA—Admitting that the organization had erroneously rushed to judgment in response to an unimaginable tragedy, CIA director Gina Haspel issued a posthumous apology Wednesday to the family of Abdel Baset al-Megrahi in light of new evidence which conclusively clears the former Libyan Airline employee of any involvement whatsoever in the Lockerbie attack.

“The U.S. Central Intelligence Agency extends its most sincere and heartfelt apologies not only to Mr. Abdel Baset al-Megrahi, but also to his grieving family and the many friends who stood by his side,” said an emotional Haspel, acknowledging for the first time that the CIA had based its entire Lockerbie investigation on the testimony of a single, questionably reliable eyewitness who later recanted.

“Our organization acted in haste and without full knowledge, and in doing so, took the life of a loving husband, father, businessman, and highly effective community organizer.

We understand there is nothing we can do or say will bring Baset back, but we hope the Abdel Baset al-Megrahi family will accept restitution of $18 million in recognition of their pain and suffering.

No one deserves to endure what you have been through.”

Haspel further confirmed that the agency was now operating under the assumption that Ahmed Jibril conducted the terrorist attack under the inspiration and funding from Iran.

This, I have come to the conclusion that, without a winking smiley or other blatant display of humor, it is utterly impossible to parody a CIA Operation in such a way that some people will not mistake it for the genuine story. Lockerbie experts will probably agree.

PS: In case you wonder, the quotes at the top of this post are actually authentic.

In the following video — released in December 2013 — you can get a feeling of what Dr Fuisz actually said.

This entry was posted in Lockerbie and tagged Pan Am 103 (Lockerbie), Political Interference, The Onion. Bookmark the permalink.