“I would really like to reach out to the Trump administration. I can’t see General Mike Flynn allowing the prosecution of a senior military officer by a foreign nation.”

Portugal – Monday 16 January 2017 — Tomorrow, Portugal will extradite to Italy a former CIA Officer convicted over the 2003 abduction of radical Egyptian imam Abu Omar, a case that highlighted the controversial US secret rendition program. Follow us on Twitter: @Intel_Today

RELATED POST: Who Tortured Giulio Regeni to Death? And Why?

RELATED POST: One Year Ago — CIA : A Few Good Women

But, at the very last-minute, Sabrina de Sousa was granted a partial pardon by the Italian President. Free to travel, she returned to the US.

On July 7 2017, Sabrina de Sousa returned to Italy to do community service — the equivalent of house arrest.

On November 6 2017, a court in Milan approved a 3-year long community service, namely to teach English to minors in Rome province. Thus her sentence is expected to end in November 2020.

In a recent post, I reminded you that former Rep. Pete Hoekstra, a current adviser to Donald Trump’s transition team on Intelligence matters, has long argued that the US Government had abandoned one of their ‘soldiers’: ex-CIA Sabrina de Sousa.

“Portugal will soon extradite former CIA officer Sabrina de Sousa to Italy for incarceration. Her crime? She executed the orders of her CIA superiors, who were acting under the direction of the administration with oversight from Congress.” [Pete Hoekstra]

According to De Sousa, this would “set a hugely bad precedent for the conviction by an allied nation of a U.S. diplomat.”

“The message that this scenario sends to civilian government employees serving this country on tours of duty abroad is a potentially demoralizing one.”

The Case Against Sabrina de Sousa

The circumstantial case against her is based on ‘metadata’ (Her phone was communicating with phones belonging to CIA officers involved in the kidnapping.) and hearsay.

“In 2003 CIA personnel in Italy conducting an extraordinary rendition were unmasked through cellphone records. Italian prosecutors investigating the kidnapping requested from the local cellular companies a list of all cellphones that had been present in the vicinity of the kidnapping around the time it happened. From this list they identified a set of cellphones present at that time and location and that also had repeatedly called each other, CIA headquarters, the CIA station chief in Milan and the nearby US Air Force base the kidnapee was flown out of. From those cellphone billing records they were able to identify the agents’ covert identities and trace their movements in the country. All of this just from the simple cellphones each of the agents carried with them.”

Sabrina de Sousa insists that she was not part of the mission and that she was on vacation on that specific day.

“If you look at all of the charges against me, they are hypothetical at the end of the day. Although the prosecutor does acknowledge that I wasn’t part of the snatch and grab team, he does say that I was involved in planning the whole thing …”

She could not defend herself and the US government went out of its way to obstruct whatever defense she had left.

“The USGOVT turned its back on Sabrina and not only failed to assist her but literally obstructed our efforts. We had to sue to compel the Justice Dept to provide her with Italian legal counsel to defend against her in absentia prosecution, but by the time we secured that help the case was along too far and she was convicted,” former De Sousa attorney Mark Zaid told the IPT in an email.

Abu Omar himself has suggested that Italy drop the case against her and the prosecutor general in Rome’s Supreme Court of Cassation had recommended (in 2012) annulling the sentence against De Sousa.

Asked for comment on the case, a State Department spokesperson referred FoxNews.com to De Sousa’s lawyer for specific details but said they’ve seen reports that a Portuguese Court plans to transfer her.

“We can say that the Department of State takes its obligation to assist U.S. citizens overseas seriously.”

“This is a matter that U.S. officials have been following closely. We have asked our European counterparts what their next steps may be, but we are not in a position to detail those discussions.” [FoxNews]

“Typically the State Department would ensure even diplomats facing DUI prosecution would be protected and brought back home. Instead, they left Sabrina to hang in the wind back at the time, and most certainly now.” [Mark Zaid — IPT]

It’s unclear what action, if any, the Trump administration may take to help De Sousa.

However, former Rep. Pete Hoekstra has sent background information on De Sousa’s situation to senior officials with the incoming administration.

Former Rep. Pete Hoekstra, R-Mich., an outspoken advocate of De Sousa, said he has appealed to members of the Obama administration on her behalf — because “it seemed like a slam-dunk case.”

“What’s happening to her is inherently wrong. You’ve got an alleged case officer who’s going to go to jail [for] doing exactly what the American government … asked her to do.”

“The executive branch leaders can continue to travel throughout Europe — they face no consequences. Some of the people have gotten pardons and all of the Italians no longer face consequences.”

Hoekstra is expressing hope that the Trump’s Administration will intervene.

“Donald Trump supports the little guy. And I think in this case I would like to believe and I would expect that he would be on the side of Sabrina.”

Sabrina De Sousa (born c. 1956, Bombay, India) is a Portuguese-American convicted in 2009 (in absentia) of kidnapping  in Italy for her role in the 2003 abduction of the Muslim imam Abu Omar.

Abu Omar, a Muslim cleric, was abducted on February 17, 2003, in Milan by the CIA. and transported to the Aviano Air Base, from which he was transferred to Egypt, where he was interrogated. 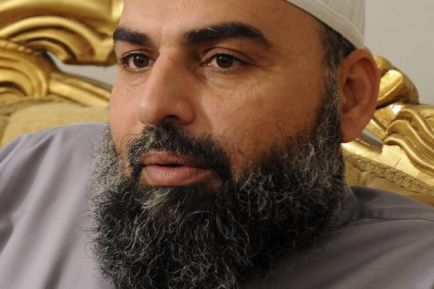 De Sousa is not alleged to have kidnapped Omar herself, but is said to have “helped make false documents to mislead investigators”.

A European Arrest Warrant valid throughout Europe was issued in 2006 by Italian authorities  for her arrest. (They named her publicly in July 2008.)

In 2012, Italy’s supreme court of cassation upheld the sentences handed down after the trial in absentia of de Sousa, 22 other CIA operatives and a US soldier. They were given jail terms ranging from seven to nine years. De Sousa’s sentence was later reduced to four years.

De Sousa was arrested in Portugal under that arrest warrant in 2015. She was briefly detained at the Lisbon airport in Portugal on October 5 2015. Her passport was confiscated.

In January 2016, she was ordered extradited to Italy.

Sabrina de Sousa was due to be extradited to Italy to serve her sentence before June 18. (Indeed, the law allows for at most 10 days.)

Legal twist. As of August 1st 2016, she has not been extradited. The process seemed to have come unstuck.

According to the Portuguese “Expresso” newspaper, the Italian justice ministry recently wrote to Lisbon saying there would be no new trial or appeal.

“If Italy now says that is not possible the Portuguese judges will have to take that into consideration,” De Sousa said.

Indeed, if the  previous guarantees given by the Italian judiciary were effectively bogus, the Portuguese judges could overrule the decision made at the beginning of the year to extradite De Sousa since such re-trial/appeal was a condition of their decision.

However, in November 2016, the Portuguese Supreme Court rejected Sabrina de Sousa’s latest extradition appeal. She may file an appeal in Portugal’s Constitutional Court.

Sabrina de Sousa told The Associated Press she may file an appeal in Portugal’s Constitutional Court.

De Sousa said in emailed comments to the AP that an appeal is “possible” but she is “not sure” she will go ahead with it. She said she needs to undergo surgery but did not elaborate.

Friday 30 December 2016. Portugal plans to extradite Sabrina de Sousa to Italy. The former CIA officer said that the extradition procedure was due to start “after January 3rd”.

On February 20 2017, the Portuguese authorities  detained the former undercover C.I.A. officer. But, at the very last-minute, Sabrina de Sousa was granted a partial pardon by the Italian President. Free to travel, she returned to the US.

On July 7 2017, Sabrina de Sousa returned to Italy to do community service — the equivalent of house arrest.

On November 6 2017, a court in Milan approved a 3-year long community service, namely to teach English to minors in Rome province.

There is a documentary online about this affair: “The Italian Job”. [Vice News]