“Perhaps, the most puzzling part of the Belgian Intelligence Services report is what it does not mention. Although most countries are extremely concerned about China investments in their Telecom infrastructure, the Belgian report is silent on this issue. Why, on earth, why?”

“Brussels has now overtaken Vienna when it comes to the density of so-called intelligence services from outside the EU.” 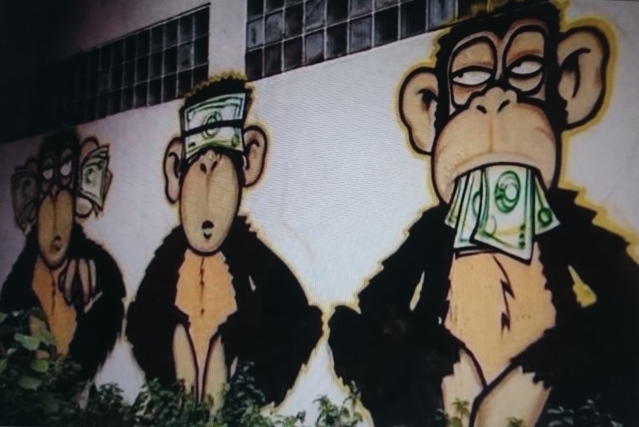 The three wise monkeys are a pictorial maxim, embodying the proverbial principle “see no evil, hear no evil, speak no evil”.  In the Western world, the phrase is often used to refer to those who deal with impropriety by turning a blind eye.

January 9 2019 — The head of Belgian telecoms operator Proximus was summoned on Wednesday morning to a meeting with Prime Minister Charles Michel and members of his government.  Trading in Proximus shares was suspended today at the opening until the company releases a statement. What is going on? Follow us on TWITTER: @INTEL_TODAY

According to Gossip Intelligence, Proximus plans to cut a 650 jobs. I have no reason to doubt this rumour, but I am quite certain that this is NOT the real story.

In a story posted on December 3 2018 (Belgium — Chinese Espionage Is Clear and Present Danger), I told you that I was flummoxed by the silence of the last Belgian Intel report.

“Perhaps, the most puzzling part of the report is what it does not mention.

Although most countries are extremely concerned about China investments in their Telecom infrastructure, the Belgian report is silent on this issue.

On December 7 2018, two Belgian Newspapers (L’Echo and De Tijd ) revealed that the Belgium Centre for Cybersecurity (CCB) was considering the possibility of banning Huawei from Belgium.

The CCB has requested, through both national and international channels, objective studies showing that the use of Huawei technology carries risks, before being able to send out detailed advice.

I understand that the CCB has now recommended to ban Huawei from the Belgian 5G infrastructure.

Proximus — A business or a Mafia?

During the terrorist attacks in Brussels, Proximus was unable to cope with the heavy traffic on that day.

Officially, the Proximus CEO told a Parliament Commission that an environmental law limiting the power of GSM antennas was to be blamed for the lack of capacity.

It is a lie. In truth, Proximus was hit by a technical problem in the morning, BEFORE the terrorist attacks.

A lawyer working for Proximus told me that the lie was abhorrent. “What kind of person use the horrific death of innocent people to increase profits?,”  the Proximus lawyer asked me?

I can reveal that Proximus — who is planning to deploy a 5G network in partnership with Huawei — has forced the Brussels government to trash a basic environmental law limiting the power of the telecom antennas.

The Minister of Environment is rushing a new law (ahead of the next general elections scheduled for May 26 2019) that will allow telecoms operators to emit  about 10 times more radiation.

This decision is not just puzzling — considering the recent findings clearly linking GSM to cancer — but also illegal (It clearly violates an article of the Constitution) and almost certainly politically suicidal. What is going on?

RELATED POST: One Year Ago — Fake News in Academia : How to Discredit a Major Discovery [Havana Syndrome]

When I confronted the expert of the Minister about obvious factual mistakes in the Belgian law, the person proudly told me that these errors were not mistakes but ‘clever tricks’ to provide Proximus with an advantage over their competitors.

The Proximus Group is primarily state-owned, with the Belgian state holding 53.3%.  The group’s main current competitors are Telenet and Orange Belgium.

In Brussels, the Minister of Environment is running the ‘Environment Protection Agency’ which is in charged of regulating the use of non-ionizing radiations.

I can now reveal that this agency has developed a fraudulent software — used to deliver GSM antennas permits — to allow the telecoms operators to use far more power that allowed by the law.

I can also state that the people in charge of the control of these GSM emissions have repeatedly falsified their measurements and reports to hide clear violations of the law.

Finally, I can reveal that these public servants have hidden a very sophisticated espionage operation conducted in Brussels by a non-friendly intelligence agency against US interests.

Both the Minister and the Director of the agency are aware of the facts as evidenced by an official document.