“The newly-released intelligence report describing Russia’s efforts to undermine the US election is a brick short of a load.”

“The weight of evidence for an extraordinary claim must be proportioned to its strangeness.” 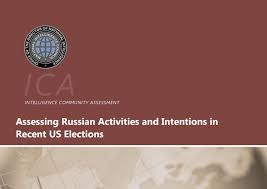 January 8 2017 — The report, released Friday (January 6 2017), outlines how Russian President Vladimir Putin aimed to hurt Hillary Clinton and help President-elect Donald Trump by using by “an influence campaign” which included hacking Democratic groups and figures.  The ’25-page’ Intel Report per se is in fact 5 pages long and the document contains 7 pages of information related to the 2012 US election! Follow us on Twitter: @Intel_Today

RELATED NEWS: CIA Accusations are Unproven, Dangerous and Beyond Hypocrisy

UPDATE (January 8 2019) — When I wrote this post two years ago, it was not known what information the Dutch Intel Agencies had provided to the US IC and why these two cyber-criminals ( Belan Aleksei and Evgeniy Bogachev) were listed by the OFAC?

We now know that, since 2009, FSB agents have been visiting the Netherlands, where they have also been meeting with officials of the FBI and Dutch police officers.

The first criminal the Dutch police, the FBI and the Russians tried to track down was the Russian hacker Evgeniy Bogachev involved in the ZeuS trojan horse malware.

The hacker — who was initially only known by his aliases (like Lucky12345, Monstr, Slavik, IOO, Pollingsoon, and Nu11) — was identified as Evgeniy Mikhailovich Bogachev (born October 28, 1983) in 2014 during the Operation Tovar.

A year prior to his identification, the investigators noticed that the ZeuS virus was no longer used for the sole purpose of stealing money.

The virus was also used to find out very specific information about government officials of Russia’s neighbours.

The Dutch police and the FBI became convinced that Bogachev had been flipped and was now working for the Russian intelligence services.

FSB Colonel Sergei Mikhailov was the most important Russian contact for the Dutch police during this operation.

Colonel Mikhailov was arrested in early December 2016 on charge of high treason.

According to Russian press reports, Mikhailov and Kaspersky expert Ruslan Stojanov have passed classified information to a US intelligence agency.

CNN’s Michael Smerconish — who expressed frustration that the presented evidence was heavily classified — told Michael Hayden, a former head of the CIA and National Security Agency, the report left him “wanting more.”

Hayden said he “had the same sense of disappointment,” and recognized that the newly-released intelligence report describing Russia’s efforts to undermine the US election was “a brick short of a load.”

“Soon after leaving the meeting, intelligence officials released the declassified, damning report that described the sophisticated cybercampaign as part of a continuing Russian effort to weaken the United States government and its democratic institutions.

The report — a virtually unheard-of, real-time revelation by the American intelligence agencies that undermined the legitimacy of the president who is about to direct them — made the case that Mr. Trump was the favored candidate of Mr. Putin.

The 25-page report did not conclude that Russian involvement tipped the election to Mr. Trump.”

How many pages does the ’25 page’ Intel Report actually contain? The answer to this ‘tricky question’ is: Five. That is right. The document begins with a cover page, table of content, summary, blank page, title page…

If you don’t know what this means, ask any College teacher who has served on PhD thesis Committees for a long time. When a student fills his PhD presentation with irrelevant information and annexes to make it look more impressive, University professors know — before reading a single sentence — that the main part of the thesis is going to be ‘thin’ on substance. 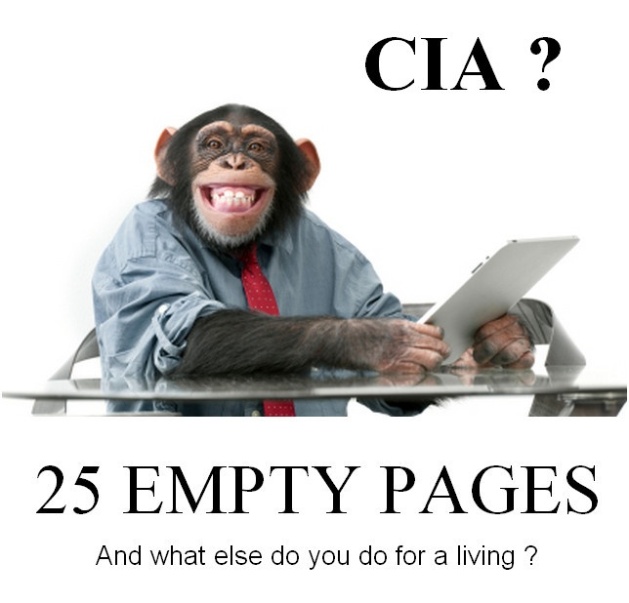 And thus, it is no surprise that 5-page report does not provide one bit of evidence that Russian Intelligence Services have hacked the election.

There is worse: Annex A is actually anachronistic. This document was written in December 2012, after the victory of Mr Obama.

A footnote on page 16 (first page of Annex A: Kremlin’s TV Seeks To Influence Politics, Fuel Discontent in US) reads:

The inclusion of ‘Annex A’ in the ‘Intel Report’ is grossly misleading and highly suspicious.

On 29 December 2016, OFAC (the US Office of Foreign Assets Control ) has updated the ‘Specially Designated Nationals List’ to include four members of the GRU and two hackers.

The four GRU individuals are the Head of the agency and three of his Deputy Chiefs.

The two hackers are:

Aleksei Belan is on the FBI WANTED list since September 2012. Evgeniy Bogachev was indicted under the nickname “lucky12345” by a federal grand jury in the District of Nebraska on charges of Conspiracy to Participate in Racketeering Activity in August 2012.

There is no reason to believe that these two individuals work for the Russian State, let alone that they participated in the DNC alleged hacking. (Update — As explained above, there is now circumstantial evidence linking Evgeniy Bogachev — or at least the ZeuS virus — to the Russian Security Services.)

Hayden: Intelligence report a ‘brick short of a load’ — CNN