“The Main Intelligence Directorate gathers, analyzes and sums up information on the military and political situation around Russia, predicts its development, and reports to the Russian political leadership and top brass in a timely manner on real and potential threats to the country’s national interests and security.” 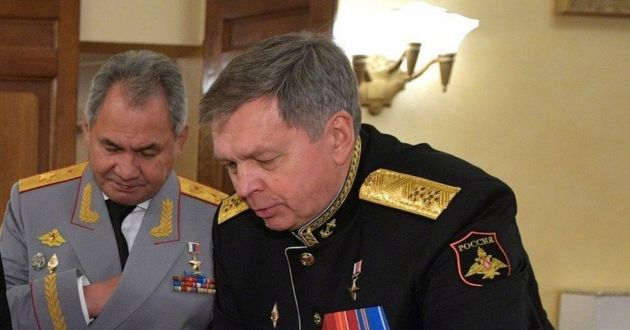 December 10 2018 — Vice Adm. Igor Kostyukov has been appointed head of the Russian General Staff’s Main Intelligence Directorate (GRU). The appointment took place at the end of last week. Follow us on Twitter: @INTEL_TODAY

Kostyukov had been acting GRU head since the death of Col. Gen. Igor Korobov — the previous GRU head — on November 21, 2018.

Kostyukov was born in the Amur region on February 21, 1961. He received naval education and graduated from the Military-Diplomatic Academy. He was directly involved in running the operation in Syria as a top military intelligence official.

On December 29, 2016, OFAC (the US Office of Foreign Assets Control ) updated the ‘Specially Designated Nationals List’ to include four members of the GRU, as well as two hackers. The four GRU individuals are the Head of the agency — then Korobov — and three of his Deputy Chiefs (one of them being Kostyukov).

In September 2018, Kostyukov was included in the US sanction list for alleged intervention in the 2016 presidential election.