“A British IT manager and former hacker launched and ran an international disinformation campaign that has provided US President Donald Trump with fake evidence and false arguments to deny that Russia interfered to help him win the election.”

“At around this time, a friend and former associate of VIPS verified that I was genuinely from the UK (versus what Campbell had convinced himself of at that time) and, at the end of 2017, that friend notified the US Department of Justice of my real identity and noted that I had helped to collate evidence that was referenced in a report he’d previously sent to Rosenstein, Mueller and others (so, it means that although Campbell eventually attributed “Adam Carter” to the correct person he only really exposed my identity to the public as I’d already agreed to my details being passed to the US government by an ally 7 months earlier).” 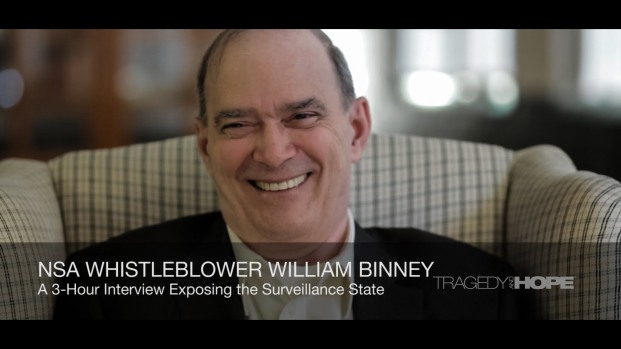 In a piece published during the summer 2018, Duncan Campbell claimed that Bill Binney had changed his views on RussiaGate. That is hardly true. In the same piece, Campbell went on to smear  independent researcher ‘Adam Carter’. Why the smear campaign? What is really going on behind the scene? Follow us on Twitter: @INTEL_TODAY

RELATED POST: US Whistleblowers — Test your ‘Spy’ knowledge with our quiz!

RELATED POST: Former CIA Ray McGovern: “The ‘Russian Hack’ is an Inside Job.”

Last year, William Binney claimed the U.S. intelligence community’s assessment that Russia interfered in the 2016 presidential election was false, and that the DNC e-mails were not hacked but leaked by an insider instead. On October 24 2017,  Binney met with CIA Director Mike Pompeo for a one hour-long meeting.

As the news of that meeting broke, the US media began to call Binney a conspiracy theorist. At the time, I immediately pointed out that, although entirely predictable, the smear campaign against William Binney — a former NSA Technical Director for World Geopolitical & Military Analysis — was utterly disgusting.

In an email sent to INTEL TODAY yesterday (November 19 2018), ‘Adam Carter’ explains with great details what actually happened. This is a must read.

At the end of July, journalist Duncan Campbell wrote an article in which various false and misleading statements were made about myself, Forensicator, VIPS and Disobedient Media. It made accusations in it’s title that were not supported by evidence, contained a conspiracy theory that has since been debunked and made numerous claims that have been demonstrated to have been misleading or outright false.

People may, understandably, be confused and wonder why this all emerged and struggle to understand how or why someone like Campbell could possibly be compelled to do anything beyond engage in ethical investigative journalism (a topic he even gives lectures on) but many are unaware that my recent responses to Campbell’s hit-piece are not the first instance of me providing a rebuttal to his work.

I actually called out propaganda (by it’s structure/form) in an article that Campbell was a co-author of over a year ago and I think this may have been the real catalyst behind Campbell’s actions over this past year.

On November 14, 2017, I published an article tackling the work of several writers that were trying to downplay the Binney-Pompeo meeting (to discuss what Forensicator had discovered and similar issues). I focused on those that I felt were effectively smearing Binney and VIPS, that were distorting or that were engaging in propaganda and attempted to call out various tricks and techniques designed to slant perceptions. In retrospect, I still see it as legitimate criticism that focused on the content itself rather than any effort to villify any authors.

The article is at: http://g-2.space/russiagateredux3/ for anyone wishing to review it and form their own judgement on this.

You’ll notice (if you check the link above) that one of these rebuttals was about an Intercept article, an article co-authored by Duncan Campbell and James Risen.

The article itself wasn’t well received by their readers and many commentators called it out, which I imagine will have upset Risen and Campbell a bit. Consequently, my rebuttal demonstrating the use of various tactics to undermine the subject matter unduly (essentially highlighting propaganda) must have just felt like salt being rubbed in the wounds and I honestly believe that Campbell took my criticism very personally and may even have felt that I was unfairly attacking his reputation.

The reason I believe this is due to what immediately happened after I’d published my rebuttal to the Campbell/Risen piece.

Over the course of the following month my communications with VIPS rapidly fell off and after several weeks of silence I was eventually told why. It turned out that Campbell had got in touch with Bill Binney and had started wildly speculating about who/what I might be, insisting I was an American (wrong), claiming Forensicator (or I) had somehow tricked VIPS (wrong), claiming that I could be the CIA trying to discredit VIPS (wrong), that Forensicator and I were the same person (wrong again) or possibly a Russian disinformation operation (wrong yet again but great for fomenting paranoia and sabotaging communications and cooperative research, which it did achieve briefly).

Campbell even spoke with me, under the impression I was merely hosting the site at that time and made a series of specious claims about myself and about Forensicator’s work (not realizing he was speaking with one of the two people he was effectively slandering), he even insinuated to me that “Adam Carter” might be part of a “Russian follow-on operation” with absolutely no substantive evidence to support the claim.

Fortunately, communications with Binney and others were restored and I offered some reassurance that I wasn’t messing VIPS members around by disclosing my real identity and personal contact details and even welcomed an in-person visit (or anything else that would help them to verify my authenticity).

Soon after this, we learned of Campbell’s intention to publish a wildly inaccurate article that he intended to have published in The Register (which would have had “Adam Carter” attributed to someone who has had no involvement at all in my or Forensicator’s work on Guccifer 2.0) and that was really just an attempt to undermine people and attack reputations, similar to what he has done since then.

At around this time, a friend and former associate of VIPS verified that I was genuinely from the UK (versus what Campbell had convinced himself of at that time) and, at the end of 2017, that friend notified the US Department of Justice of my real identity and noted that I had helped to collate evidence that was referenced in a report he’d previously sent to Rosenstein, Mueller and others (so, it means that although Campbell eventually attributed “Adam Carter” to the correct person he only really exposed my identity to the public as I’d already agreed to my details being passed to the US government by an ally 7 months earlier).

When I was first told about what Campbell had claimed and tried to do, I was perplexed by it, but it did eventually dawn on me that Campbell was one of the authors whose work I’d previously criticized and putting two and two together… his efforts and everything I’d observed suddenly started to make more sense to me.

Based on the timing, sequence of events, what I was told Campbell had stated and what I witnessed in conversations with Campbell when he thought I was merely hosting my site (and not the author of it), I believe Campbell has been determined to sabotage my work, disrupt communications with other parties, destroy my reputation undeserveredly and generally try to cause chaos for me in order to get revenge against me because I had the audacity to highlight propaganda techniques and manipulative writing in an article he co-authored over a year ago.

The good news is that, by focusing almost solely on attacking reputation, Campbell didn’t actually tackle my research and has been unable to show any substantive wrongdoing or even any intent to manipulate or mislead in the work of those he has tried to vilify.

If we put Campbell’s reputation attacks and debunked conspiracy theory aside, he has technically achieved little that’s really relevant to Guccifer 2.0 or RussiaGate. He has produced a speculative theory to excuse disregarding an observation made in one of Forensicator’s studies (by simply arguing that Guccifer 2.0 chose to use the archiving programs he used deliberately so as to leave behind an obscure fake breadcrumb to trick digital forensic investigators into thinking he was American, even though he claimed to be Romanian) and has promoted an assumption he has made about dates being arbitrarily set despite a lack of any digital forensic evidence supporting his theory (and he even falsely claimed that this was what “digital forensic evidence suggests”, which to me, is yet another example of Campbell trying to trick readers into holding a perspective that isn’t actually supported by any evidence).

To help clear up any confusion Campbell may have caused with his efforts, I will soon be publishing a year-end update for 2018 that will review all of the research carried out by Forensicator and myself to date (highlighting the fact that Campbell’s objections/theories don’t actually require us to make any corrections or adjustments to be made).

This will also cover the fact that we have made significant advances in our understanding of Guccifer 2.0’s actions and processes (based on verifiable evidence) through 2018 and that, mostly thanks to Forensicator, we’ve been able to find even more evidence corroborating the premise of Guccifer 2.0 wanting to be perceived as Russian.

Has Bill Binney truly changed his views on RussiaGate?

This entry was posted in Russiagate and tagged Adam Carter, Bill Binney, Russiagate. Bookmark the permalink.