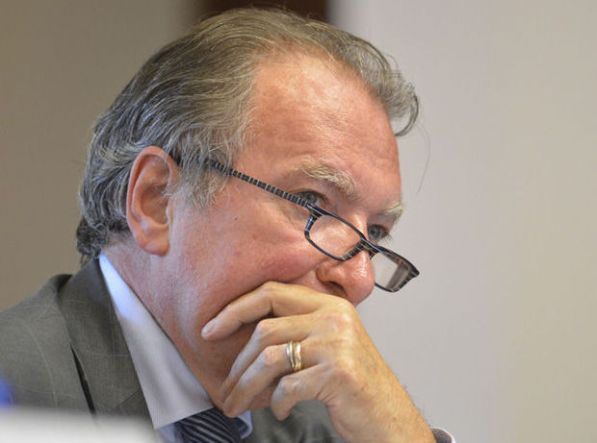 October 19 2016 — Today, Alain Winants — Former Head of the Belgian State Security Service — made it very clear: “Brussels is the perfect target for terrorists.” Follow us on Twitter: @INTEL_TODAY

RELATED POST: One Year Ago — Welcome to Belgistan! [Is Belgium a Failed State?]

RELATED POSY: Microwave Attacks — Havana, Beijing… And Where Else?

RELATED POST: Belgium — State-Owned Telecom Giant Hacked by British Intelligence on Behalf of the US

UPDATE (October 18 2018) — Anywhere in the ‘democratic’ world, it can be said that it is a rather sad thing that people get the government they deserve. But in Brussels, it is a tragedy!

As I have explained long ago, it is very clear that both the Paris and Brussels attacks would not have occurred if some Belgian politicians had not moved heaven and earth to obtain the release of Oussama Atar from an Iraqi jail.

At the very least, you would think that these politicians would have been sanctioned by the election process.

Not in Brussels. The Green Party has actually received more votes than ever in this city during the last weekend election.

As a kid, my mentors taught me that “absurdity never reaches the infinity.” What will it take for Belgian people to realize that we are living very dangerous times and we need serious politicians and serious politics right now?

Why Belgium? According to Winants, Belgium is a “perfect target” for the following reasons:

TARGETS: The presence of European Institutions and NATO

MEANS: The Terrorists have already many cells and sympathisers living in Belgium

HISTORY: The Belgian Governments have never taken terrorism seriously. No serious resources were ever allocated to fight this threat.

Also… Although he did not say so, many experts expect a new wave of attacks for a simple reason. As ISIS is loosing ground, many fighters will return to Europe. Soon.

About the Belgian State Security Service

The current Administrator-General is Jaak Raes, after his predecessor Alain Winants occupied the position from October 2006 to March 2014. [WIKIPEDIA]