One Year Ago — US Spies & the Havana Syndrome

“If the facts are confirmed and if the effects are indeed caused by a physical device, I find  the microwave explanation far more likely than a sonic attack. If this is indeed the case, I expect to hear nothing further in the future because the truth would sent a wave of panic through the Telecom industry.”

“This happened during the Cold War to personnel stationed in the US embassy in Moscow when the Soviets were bombarding the embassy with microwaves to monitor oral communications in the ambassador’s office.”

“Until the government of Cuba can ensure safety of our people, we will be reduced to emergency personnel.”

“In the more distant future, weapons systems based on new principles  — beam, geophysical, wave, genetic, psychophysical and other technology — will be developed. All this will, in addition to nuclear weapons, provide entirely new instruments for achieving political and strategic goals. Such high-tech weapons systems will be comparable in effect to nuclear weapons but will be more ‘acceptable’ in terms of political and military ideology.” 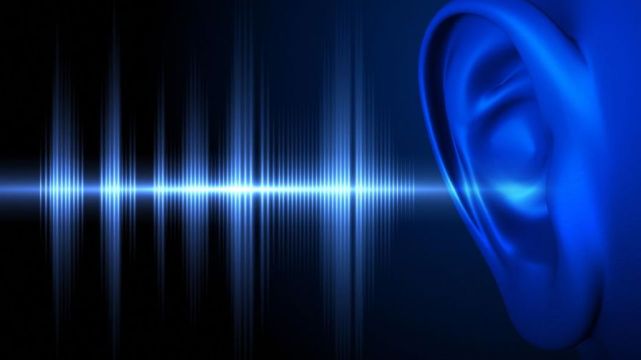 UPDATE (October 3 2018) — One year ago, I suggested that microwave explanation far more likely than a sonic attack.

On December 12 2017, Professor James Lin wrote that a microwave weapon may have been used.

On September 1 2018,  the NYT published a long article titled:  “Microwave Weapons Are Prime Suspect in Ills of U.S. Embassy Workers.

So far, there is no official explanation but the State Department strongly believes that the origin of this mysterious illness is not a natural cause.

Despite an investigation involving the FBI, the Royal Canadian Mounted Police and the Cuban authorities, there is still no explanation as to the cause of the incidents.

“We don’t know the means, the methods or how the attacks are being carried out,” the official said on September 29 2017.

Late 2016: US embassy staff and at least one Canadian began to notice symptoms

May 2017 : US expels two Cuban diplomats for failing to protect its diplomats

August 2017 : US says 16 employees have been treated but attacks seem to have stopped

Early September 2017: US says attacks are continuing and 19 staff members have now been hurt

So far, according to media reports, the investigators seem to have focused their research on some type of sonic attacks. They could be on the wrong track.

During the cold war, the Russians deployed an extraordinary device — known as the “Thing” — to spy on the US embassy in Moscow.

As a result, US diplomats were exposed to microwave radiations. [Many died from cancer but a causal link is debated by scientists.]

“The Thing, also known as the Great Seal bug, was one of the first covert listening devices (or “bugs”) to use passive techniques to transmit an audio signal.

Because it was passive, needing electromagnetic energy from an outside source to become energized and activate, it is considered a predecessor of Radio-Frequency Identification (RFID) technology.” [Wikipedia]

Under some circumstances, microwaves can be “heard”. The process does not actually involve the ears but results from a direct action of the microwave on the brain and acoustic nerve.

The “weird sounds” described by the victims — as reported by the media — appear to match the effects of microwave hearing.

“The microwave auditory effect, also known as the microwave hearing effect or the Frey effect, consists of audible clicks (or, with speech modulation, spoken words) induced by pulsed/modulated microwave frequencies.

The clicks are generated directly inside the human head without the need of any receiving electronic device. The effect was first reported by persons working in the vicinity of radar transponders during World War II.

During the Cold War era, the American neuroscientist Allan H. Frey studied this phenomenon and was the first to publish information on the nature of the microwave auditory effect.” [Wikipedia]

Some studies have shown that such exposition to microwave cause acoustic neuromas.

If the facts are confirmed and if the effects are indeed caused by a physical device, I find  the microwave explanation far more likely than a sonic attack.

If this is indeed the case, I expect to hear nothing further in the future because the truth would sent a wave of panic through the Telecom industry.

Mystery of ‘sonic attacks’ on US diplomats in Cuba deepens

UPDATE December 14 2017 — Two months ago, I suggested than a microwave weapon — and not sonic attacks — may be the cause of the “Havana syndrome”.

Today, the US media are reporting that Professor James Lin just published a paper on the possibility that the Havana syndrome might indeed be explained by a secret microwave weapon.

Professor James Lin, an expert in Electrical Engineering at the University of Illinois at Chicago, suggests that microwaves produced the sounds.

Professor Lin said: ‘A minuscule but rapid rise in tissue temperature, resulting from the absorption of pulsed microwave energy, creates a thermoelastic expansion of brain matter.’

Professor Lin suggests that the resulting acoustic wave may be perceived as sound.

Earlier this month, medical experts discovered changes in the brains of US and Canadian diplomats, which fuelled growing scepticism that some kind of sonic weapon was involved.

Dr Joel Moskowitz, a community health professor at the University of California, Berkeley, said: ‘This makes me think the victims may have developed electromagnetic hypersensitivity (EHS) from exposure to electromagnetic fields in the embassy.

‘This happened during the Cold War to personnel stationed in the US embassy in Moscow when the Soviets were bombarding the embassy with microwaves to monitor oral communications in the ambassador’s office.’

US pulls staff from Cuba over ‘specific attacks’ — BBC