“In my crib were hidden tracts and arms.”

“Marseille boys members of GAL killed him with Maïone, who also talked about a commandant, former member of the SDECE [French secret service], without revealing me his identity.” 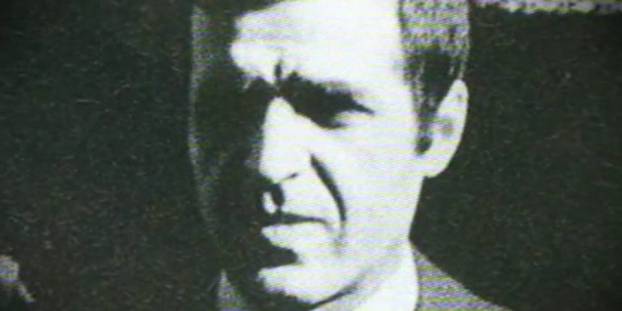 Who killed Goldman? Of course, I am not talking about the French singer — Jean-Jacques — who is one of the most loved personalities in France. I am talking about his brother Pierre, a French left-wing intellectual who was convicted of several robberies and mysteriously assassinated on September 20 1979. The case has never been solved. By the way, although Jean-Jacques never spoke about his brother, many believe that the song “Puisque tu pars” is about Pierre. I left a couple of messages for JJ Goldman knowing full well that he would not reply. I hope that he will speak about his brother one day, but not too late. Follow us on Twitter: @INTEL_TODAY

RELATED POST: This Day in History — October 7 2006 : The Murder of Anna Politkovskaya

RELATED POST: Egypt — Who Tortured Giulio Regeni to Death? And Why?

In 1974, Pierre Goldman was given a life-sentence by the Paris cour d’assises after being convicted of a bloody robbery on 19 December 1969 on the Boulevard Richard-Lenoir, in which two pharmacists were killed.

Goldman always denied having committed this robbery, although he admitted having conducted three earlier robberies.

He was sentenced to 12 years in prison for the other three robberies and given a life sentence for the December 1969 assassination. Most observers believe that he was lucky to escape death penalty.

During the five years he spent in prison, he studied philosophy and Spanish, and wrote a book on his own case, Souvenirs obscurs d’un juif polonais né en France (Obscure Memories of a Polish Jew Born in France), published in 1975.

The impact of the book on some French intellectuals and personalities, including the actress Simone Signoret, the writer Françoise Sagan, Jean-Paul Sartre and Régis Debray, among others, plus many inconsistencies recorded during the investigation led to a second trial, which started on 26 April 1976. He was acquitted and freed in October 1976.

His alibi for the night of the killings in Paris is questionable. But, ironically, the fact that he committed a hold-up the next day plays in his favour according to experts.

Pierre Goldman’s funeral was attended by 15,000 people. A few hours after his death, his wife Christiane gave birth to a son, Manuel.

The perpetrators of Pierre Goldman’s murder have never been identified. Journalist Serge July wrote in Liberation that Pierre Goldman was about everything imbeciles dislike. That is a lot of suspects.

The police first suspected the Mafia, however, the murder was vindicated by (according to AFP) an unknown far-right group: Honneur de la police (Honour of the Police).

Various theories persist, the most serious one pointing to Marseilles’ criminal underground, which might have assassinated him on behalf of the GAL [Grupos Antiterroristas de Liberación]. GAL was a death squad set up by Spanish officials to fight ETA in the 1980s.

The theory is not without merit. Pierre Goldman was allegedly helping ETA procure weapons, and planned to create an organization to fight the GAL.

Another theory points toward the French intelligence services because of the presence of a SDECE officer at the crime scene as witnessed by former police officer Lucien Aimé-Blanc.

On 22 May 2012, a blog post from “Le Monde” identified the killer of Pierre Goldman as René Resciniti de Says. A former paratrooper for the French Armed Forces, Resciniti de Says was known as René l’élégant and died on 17 April 2012 at the age of 61.

At the time of his death, Pierre Goldman was involved in arms and drug trafficking. Journalists and friends eventually discovered that he had many unusual connections among Intelligence Agencies all over the world.

This entry was posted in France and tagged DST, France, Pierre Goldman. Bookmark the permalink.