‘‘I have no idea how to take a normal vacation. Any spare time I have, I run up to the National Archives to do historical research.’’

“One of Mr. Aid’s most significant findings, which became publicly known in 2005, was an NSA coverup of erroneous records related to the 1964 Gulf of Tonkin incident, in which US officials alleged that North Vietnamese torpedo boats twice fired on US Navy ships. The incident led to US military engagement in Vietnam. A report written by an agency historian in 2001 noted that US intelligence officers falsified documents about a disputed attack, but that fact was suppressed.”

“Mr. Aid had performed ‘a great service’ in exposing the reclassification program. His work helps all of us fight against the culture of secrecy in Washington today. We don’t have enough watchdogs.’’

‘‘Sometimes the services (NSA) didn’t like what he wrote. But they respected him because he was right.’’ 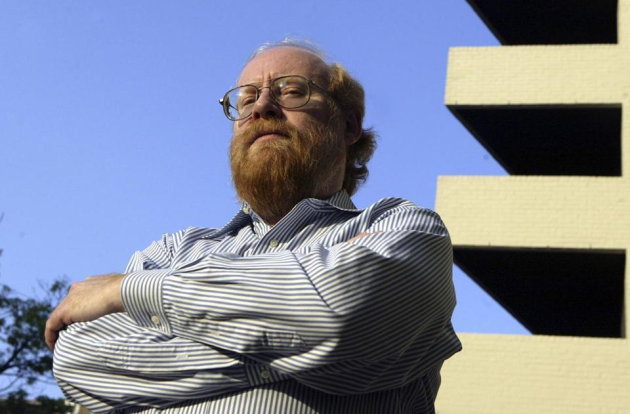 Although a trusted friend had told me that Matthew Aid had died from heart failure, I decided not to post the news until MSM had done so. I never had any contacts with him, but I will greatly miss him. And so should anyone who still cares about facts in this post-truth world. Follow us on Twitter: @INTEL_TODAY

RELATED POST: One Year Ago — Blast From The Past: The NSA & the CRYPTO AG Sting

RELATED POST: The NSA Four: “We Warned the American People about Naked Surveillance, but No One Listened”

Matthew Aid was an American military historian and author. He was working on signal intelligence and the history of the National Security Agency. He began delving into military and intelligence matters in his early teens, then became a Russian-language expert in the US Air Force.

Mr. Aid was particularly interested in the NSA, the country’s largest intelligence organization, which is based at Fort Meade, Md. He spent years working on a history of the agency, filing hundreds of Freedom of Information Act requests, before publishing ‘‘The Secret Sentry,’’ in 2009.

He traced the agency’s history to its founding in 1952 and earlier, uncovering many examples where the NSA failed in its mission. It was slow to recognize the full scale of China’s involvement in the Korean War, did not detect Soviet missiles on Cuban soil in the early 1960s, and missed many developments during the Vietnam War.

One of Mr. Aid’s most significant findings, which became publicly known in 2005, was an NSA coverup of erroneous records related to the 1964 Gulf of Tonkin incident, in which US officials alleged that North Vietnamese torpedo boats twice fired on US Navy ships. The incident led to US military engagement in Vietnam.

A report written by an agency historian in 2001 noted that US intelligence officers falsified documents about a disputed attack, but that fact was suppressed.

‘‘To keep it classified simply because it might embarrass the agency is wrong,’’ Mr. Aid told the New York Times in 2005. ‘‘Rather than come clean about their mistake, they helped launch the United States into a bloody war that would last for 10 years.’’

Shortly after his major discovery  in 2006, Washington Post reporter Christopher Lee “learned” through a Freedom of Information Act request that Aid had been punished 21 years earlier for unauthorized possession of classified information and impersonating an officer while serving as a staff sergeant in the United States Air Force in the United Kingdom.

He was court-martialled for unauthorized possession of classified documents and impersonating an officer, received a bad conduct discharge, and was imprisoned for a year in 1986.

Aid responded that the release of his military records to the press was done in retaliation for his discovery of the National Archives records removal, which led to an official investigation and press-attention.

He joined the Air Force and took Russian language training but was court-martialed when found possessing top-secret information.‘

‘I had the proper clearance for it, so it’s not as if I stole anything,’’ he told the Post. ‘‘Basically, being a workaholic, I took stuff home with me.’’

He was also charged with impersonating an officer — an attempt to impress a young woman, he said.

He was held in custody for a year before being given a bad-conduct release in 1985.

‘‘Sometimes the services didn’t like what he wrote,’’ Cees Wiebes, a Dutch intelligence scholar who worked with Mr. Aid said in an interview. ‘‘But they respected him because he was right.’’ I am not so sure about that.

Matthew Aid — “The Secret Sentry: The Untold History of the National Security Agency”

Matthew Aid talks about the history and purpose of the National Security Agency, which, since 9/11, has regularly provided the president with a majority of the information he receives in his daily intelligence briefing.

Matthew M. Aid, independent researcher who wrote a history of the NSA, dies at 60 — Boston Globe

This entry was posted in NSA, Obituary and tagged Matthew M. Aid, NSA. Bookmark the permalink.