“President Reagan and his CIA chief, William Casey, had suspected from the outset that the Soviets had a hand in the shooting of John Paul II on May 13, 1981, in St. Peter’s Square in Rome.” 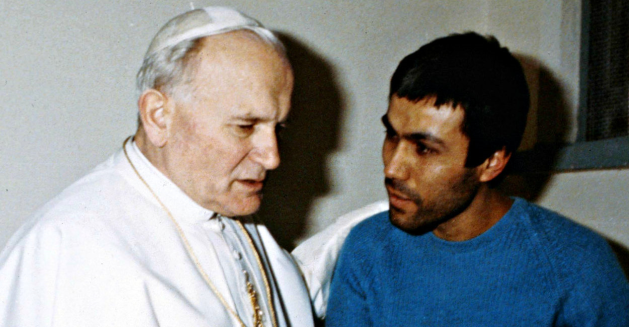 Pope John Paul II meets with and forgives Mehmet Ali Agca, the man who tried to kill him in 1981, during a 1983 prison visit.

May 3 2017 — Dr. Paul Kengor, a professor of political science at Grove City College, claims in a new book that the CIA had concluded that top Soviet officials were behind the 1981 assassination attempt on Pope John Paul II. Although I do not doubt the seriousness of Dr. Paul kengor’s research, I believe that the resurrection of the “GRU-Bulgarian connection” must be read with a healthy dose of skepticism. Follow us on Twitter: @INTEL_TODAY

A Pope and a President: John Paul II, Ronald Reagan, and the Extraordinary Untold Story of the 20th Century 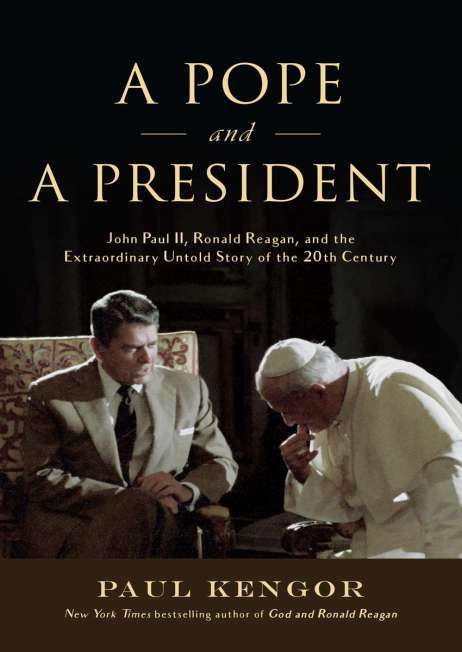 A Pope and a President is the product of years of research. Based on Kengor’s tireless archival digging and his unique access to Reagan insiders, the book reveals:

When you read this book, you will understand why. As kindred spirits, Ronald Reagan and John Paul II united in pursuit of a supreme objective—and in doing so they changed history. [Amazon]

In 2008, Claire Sterling — a prize-winning journalist and author — had just published “The Terror Network” when Ali Agca tried to kill the pope.

Sterling quickly established the “Bulgarian connection” when it became known that Agca had made several trips to Sofia, Bulgaria, and stayed in a hotel favored by the Bulgarian KGB.

In Rome, she claimed that he also had contacts with a Bulgarian agent whose cover was the Bulgarian national airline office.

“The Time of the Assassin, published in 1983, was Miss Sterling’s in-depth look at the plot to kill Pope John Paul II and the subsequent investigation.

She had no doubt the plot originated at 2 Dzerzhinsky Square, KGB headquarters in Moscow.

The KGB assigned this super-wet operation to the Bulgarians…

The Bulgarians then looked for cover and deniability among a Turkish extremist group involved with the KGB in lucrative drug smuggling routes through Bulgaria to Western Europe.” [Dark Mysteries of the Vatican]

However, the main source of her book was Francesco Pazienza, a former officer of the Italian military intelligence agency.

On March 4, 1985, Pazienza was — finally — arrested in the US and handed over to the Italian government in June 1986. After serving many years in prison, he was paroled in April 2006.

Edward S. Herman, co-author with Frank Brodhead of “The Rise and Fall of the Bulgarian Connection (1986)”,  felt Ağca’s story was dubious. The authors noted that Ağca made no claims of Bulgarian involvement until he had been isolated in solitary confinement and visited by Italian Military Intelligence (SISMI) agents.

On 25 September 1991, former CIA analyst Melvin A. Goodman — now Senior Fellow at the Center for International Policy — revealed that his colleagues, following orders, had falsified their analysis to support the accusation of the “Bulgarian Connection”.

Goodman declared to the US Senate intelligence committee that “the CIA hadn’t any proof” concerning this alleged “Bulgarian connection”. [Wikipedia]

In this particular case, the absence of evidence was highly significant because the CIA had high level sources inside the Bulgarian Intelligence Agencies.

In March 2006, the controversial Mitrokhin Commission — set up by Silvio Berlusconi and headed by Forza Italia senator Paolo Guzzanti — supported once again the Bulgarian theory, which had been denounced by John Paul II during his travel to Bulgaria.

Senator Guzzanti claimed that “leaders of the former Soviet Union were behind the assassination attempt”, alleging that “the leadership of the Soviet Union took the initiative to eliminate Pope John Paul” because of his support for Solidarity, relaying “this decision to the military secret services” (and not the KGB).

At the end of December 2006, Mario Scaramella — one of the main informers of senator Guzzanti — was arrested and charged, among other things, of defamation.

Rome’s prosecutor Pietro Salvitti, in charge of the investigations concerning Mario Scaramella, cited by La Repubblica, showed that Nicolò Pollari, head of SISMI [Italian military intelligence agency] as well as SISMI n°2, Marco Mancini, were some of the informers, alongside Mario Scaramella, of senator Paolo Guzzanti.

Both men were later linked to a long list of scandals. Marco Mancini, n°2 of the SISMI was arrested in July 2006. Nicolò Pollari was dismissed in November 2006. On 12 February 2013 Pollari was sentenced to ten years in prison by the Appeals Court of Milan. The sentence was overturned on 24 February 2014.

Dr. Paul Kengor, professor of political science at Grove City College in Pennsylvania, and executive director of the college’s Center for Vision and Values, speaks at Franciscan University of Steubenville on the relationship between Blessed John Paul II and President Ronald Reagan and how it led to the fall of Communism.

From May 13, 1981, here is the CBS News on an assassination attempt on Pope John Paul II.

A Pope and a President: John Paul II, Ronald Reagan, and the Extraordinary Untold Story of the 20th Century — Paul Kengor