“Yes, the video was filmed here, it is genuine, but what you see are people suffering from hypoxia – not gas poisoning.” 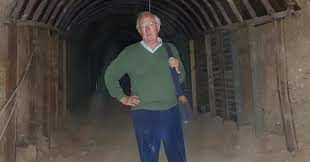 Robert Fisk is the first western journalist to reach Douma, Syria. He spoke to residents and interviewed a doctor who treated the victims of an incident which occurred on April 7th 2018. The doctor told Fisk that these people did not suffered from a chemical attack. Follow us on Twitter: @Intel_Today

According to the doctor, the video is real. But the children suffered from hypoxia, not from a gas attack.

“I was with my family in the basement of my home three hundred metres from here on the night but all the doctors know what happened.

There was a lot of shelling [by government forces] and aircraft were always over Douma at night — but on this night, there was wind and huge dust clouds began to come into the basements and cellars where people lived.

Then someone at the door, a ‘White Helmet’, shouted ‘Gas!’ and a panic began. People started throwing water over each other.

Yes, the video was filmed here, it is genuine, but what you see are people suffering from hypoxia – not gas poisoning.”

Robert Fisk’s account has just been corroborated by Pearson Sharp — conservative news network One America — who is also reporting from Douma, Syria.

One America’s Pearson Sharp visited the war-torn town of Douma outside the capital of Damascus, looking for evidence of a chemical attack.

However, residents there deny the claims of an attack, and say it was staged to help the rebels escape.