“The CIA is spectacularly terrible at responding to FOIA requests. It’s so bad it’s highly possible the perceived ineptness is deliberate. The CIA simply does not want to release documents. If it can’t find enough FOIA exemptions to throw at the requester, it gets creative.”

“I suppose it is possible that the Government does not consider members of the press to be part of the public. I do.”

“If the CIA loses in this case, the unsavory practice of providing classified information only to sources willing to do the agency’s bidding will be dealt a setback.” 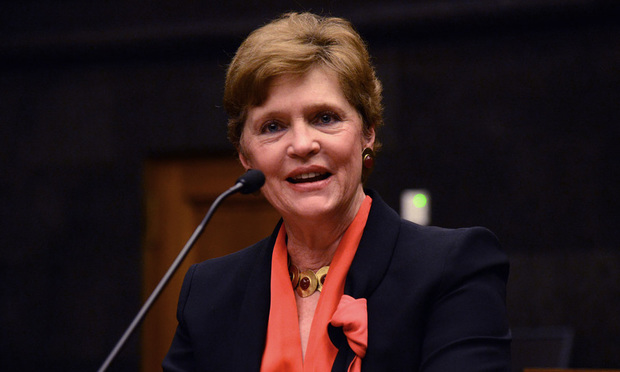 Chief Judge Colleen McMahon of the U.S. District Court for the Southern District of New York

The CIA claims that it can hand over classified information to some — ‘very friendly’ — journalists and still pretend the information has not been made public. Chief Judge Colleen McMahon just made it clear and simple for the Agency: “You cannot have your cake and eat it too.” Follow us on Twitter: @Intel_Today

UPDATE (February 19 2018) — Surprisingly, or perhaps not, none of the main actors — the Washington Post, the New York Times and the Wall Street Journal — have reported this very important story regarding the CIA leaks to ‘friendly’ journalists.

However, I am glad that Steven Aftergood — writing for the Federation of American Scientists — and Paul Mirengoff — writing for Powerline — have picked up the story!

“The Central Intelligence Agency said yesterday that it has the right to disclose classified information to selected journalists and then to withhold the same information from others under the Freedom of Information Act.

FOIA requester Adam Johnson had obtained CIA emails sent to various members of the press including some that were redacted as classified.

How, he wondered, could the CIA give information to uncleared reporters — in this case Siobhan Gorman (then) of the Wall Street Journal, David Ignatius of the Washington Post, and Scott Shane of the New York Times — and yet refuse to give it to him?

In an effort to discover the secret messages, he filed a FOIA lawsuit.” [Secrecy News — CIA Defends Selective Disclosure to Reporters]

“Selective disclosure of classified information to uncleared reporters is a more or less established practice that is recognized by Congress, which has required periodic reporting to Congress of such disclosures.” See Disclosing Classified Info to the Press — With Permission, Secrecy News, January 4, 2017.

“The nature of FOIA litigation is such that a lawsuit that was intended to challenge the practice of selective disclosure could, if unsuccessful, end up ratifying and reinforcing it.

Judge MacMahon therefore ordered CIA to prepare a more rigorous justification of its legal position. It was filed by the government yesterday [February 14 2018].

CIA argued that the court is wrong to think that limited, selective disclosures of classified information are prohibited or unauthorized by law.

The National Security Act only requires protection of intelligence sources and methods from “unauthorized” disclosure, not from authorized disclosure.

And because the disclosures at issue were actually intended to protect intelligence sources and methods, they were fully authorized, CIA said.”

“The CIA properly exercised its broad discretion to provide certain limited information to the three reporters.”

In a piece titled “CIA: Public can’t see classified info given to favored reporters“, Paul Mirengoff writes that he believes that the judge is correct on the law. But, he also argues that the “trusted reporter” concept has evolved quite a bit over the years.

“Though not relevant to the legal issue, it may be worth noting that the “trusted reporter” concept has evolved in ways that undercut a policy argument in favor of selectively releasing classified information. There may have been a time when “trusted reporter” meant a reporter who could be relied on not to use the information in a way that harmed national security.

John Scali is the classic case. During the Cuban missile crisis, he carried messages back and forth between the Soviets and the Americans, helping to defuse a situation that might have led to nuclear war.

These days, a trusted reporter is apt to be one who can be relied on to use the information in ways that advance the agenda of the CIA or a particular individual within the agency.

In a sense, the trusted reporter is a prostitute.”

A reply to the new CIA arguments from plaintiff Adam Johnson is due March 1 2018. Stay tuned!

Chief Judge McMahon ruled that the CIA can not have it both ways. The agency can not hand classified information to one journalist, and then tell another it can not disclose the same information it already made public, even if in a very limited fashion. No discussion. Full Stop.

Last year, Journalist Adam Johnson sued the agency for its refusal to produce correspondence between the CIA’s Office of Public Affairs and prominent journalists.

According to Tim Cushing writing for TechDirt:

“Johnson did receive copies of these emails, but the CIA redacted the emails they had sent to journalists. (The journalists’ response were left unredacted.)

Since the emails obviously weren’t redacted when they were sent to journalists, Johnson challenged the redactions in court.

The government argued it had a right to disclose classified information to journalists. And it certainly can.

The CIA can waive classification if it so desires. But what it can’t do is claim it has never released this classified info to the public — not if it’s handing it out to journalists.

Daniel Novak is representing the journalist in his FOIA lawsuit.

And he reports the judge is no more impressed by the CIA’s arguments than his client is.”

The decision  is — of course — redacted “but some very nice bench slaps have been left untouched… like this one, which sums up the ridiculousness of the CIA’s arguments.”

“CIA voluntarily disclosed to outsiders information that it had a perfect right to keep private.

There is absolutely no statutory provision that authorizes limited disclosure of otherwise classified information to anyone, including “trusted reporters,” for any purpose, including the protection of CIA sources and methods that might otherwise be outed.

The fact that the reporters might not have printed what was disclosed to them has no logical or legal impact on the waiver analysis, because the only fact relevant to waiver analysis is: Did the CIA do something that worked a waiver of a right it otherwise had?

The answer: CIA voluntarily disclosed what it had no obligation to disclose (and, indeed, had a statutory obligation not to disclose).

In the real world, disclosure to some who are unauthorized operates as a waiver of the right to keep information private as to anyone else.”

On May 21, 1998, McMahon was nominated by President Bill Clinton to a seat on the United States District Court for the Southern District of New York vacated by John F. Keenan.

McMahon was confirmed by the United States Senate on October 21, 1998, and received her commission the next day. She became Chief Judge on June 1, 2016.

Among the cases over which she has presided is a defamation case brought by Drug Enforcement Administration agents against the makers of the film American Gangster, which was alleged to have portrayed such agents as being corrupt.

She was also the Judge in the case of the so-called Newburgh four involving FBI agent Robert Fuller who was the handler of the informant in the case, Shahed Hussain.

In that case, at sentencing she pointed out that the FBI played a key role. She said: “It created acts of terrorism out of his fantasies of bravado and bigotry, and then made those fantasies come true.”

And she added: “Only the government could have made a terrorist out of Mr. Cromitie, whose buffoonery is positively Shakespearean in scope.” [Wikipedia]