“We welcome the forthcoming release of Jeffrey Sterling into a halfway house, but hope that he can be reunited with his family soon. His conviction was a breach of First Amendment protections. Simply being in contact with a journalist does not amount to espionage and should not incur imprisonment.” 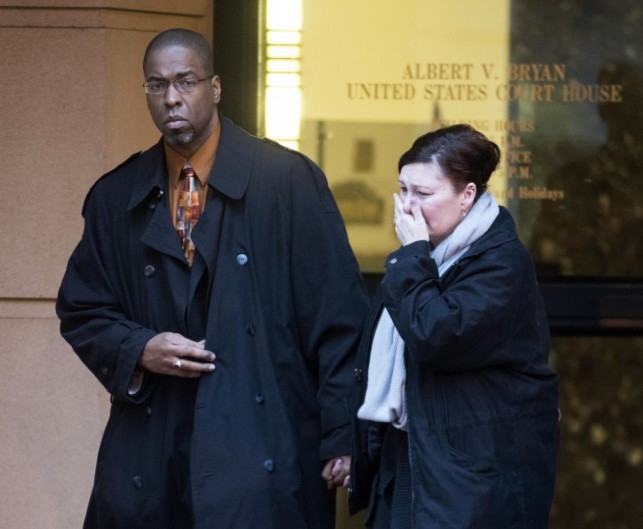 On Christmas eve, I told you that former CIA Jeffrey Sterling could be released from jail early this year. I am happy to report that this prediction came true. Today — January 16 2018 — Jeffrey Sterling was released from prison to a halfway house, ahead of the original end date of his 3.5 year prison sentence on June 14, 2018.  Follow us on Twitter: @Intel_Today

RELATED POST: US Whistleblowers — Test your ‘Spy’ knowledge with our quiz!

Jeffrey Alexander Sterling is an American lawyer and former CIA employee who was arrested, charged, and convicted of violating the Espionage Act for revealing details about Operation Merlin to journalist James Risen.

Dubious Case — The reporter, James Risen, refused to identify his sources. During the trial, Special Agent Ashley Hunt admitted  that there was absolutely no email records, no phone call records and that no one had witnessed the two being together exchanging classified information.

On June 22 2017, a three-judge panel with the U.S. Court of Appeals for the 4th Circuit upheld all but one of Sterling’s convictions.

Moreover, the Court determined that because his 42-month sentence could have applied to any single count of which he was found guilty, there was no need to take further action.

A few words from Holly Sterling

“I am excited my beloved husband Jeffrey is transitioning to a halfway house, while being anxious that he does not remain there until June,” said Holly Sterling, Jeffrey’s wife.

“We maintain hope that we can begin the arduous journey of rebuilding our life that the government vehemently destroyed. Jeffrey’s legacy is now branded with the scarlet letter of being a supposed traitor to his country — the country he still loves.”

Jeffrey Alexander Sterling is an American lawyer and former CIA employee who was arrested, charged, and convicted of violating the Espionage Act for revealing details about Operation Merlin to journalist James Risen. Sterling denies the charges.

The case against him is circumstantial. (There is evidence that Sterling and Risen have called each other. Risen has of course dozens of contacts at the CIA.)

Sterling joined the CIA on May 14, 1993. In 1995, he became operations officer in the Iran task force of the CIA’s Near East and South Asia division.

Sterling was convicted of espionage charges on January 26, 2015

December 2016 — Jeffrey’s appellate hearing took place in early December 2016. “His attorneys did a phenomenal job and there were some pointed questions asked by at least one judge.”

June 22, 2017 — The appellate court upheld all but one of Jeffrey’s convictions.

I Was a CIA Whistleblower. Now I’m a Black Inmate. Here’s How I See American Racism. The Intercept Sept. 13 2016