Was The Lockerbie Key Evidence Antedated?

Q   — Well, I understood you to tell us that these were contemporaneous notes that you prepared as you were carrying out your examinations; is that right?

A   — Yes.  But presumably our definitions of “contemporaneous” are different.

Testimony of Dr Hayes at the Lockerbie trial, Page 2592.

“As an afterthought I think that had the original Scottish Police Investigators obeyed their political masters by introducing the fragment into the chain of evidence in or around December 1989 then they may have got away with the deception but due to the fact that they chose to alter Forensic notes and photographs and change production labels and attribute Memos in relation to other pieces of evidence to PT/35(b) it was fairly easy to pick holes in their case.”

RELATED POST: Lockerbie — MEBO TELECOM and the Story of the MST-13 Timers

RELATED POST: PT/35(b) — The Most Expensive Forgery in History [Lockerbie]

RELATED POST: PT/35(b) — An Overview of the Lockerbie Case 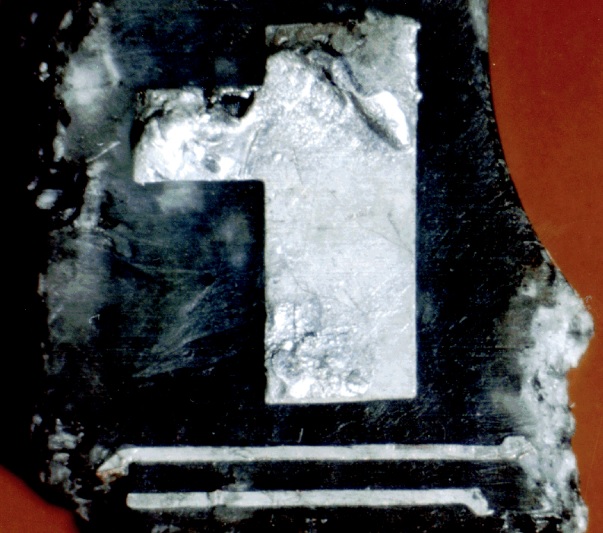 “PT/35(b) was extremely, extremely dodgy. It was very, very suspicious. The way it suddenly appeared, embedded in a shirt collar, with the information on the page overwritten and changed, all police procedures were thrown out of the window.” Rev. John Mosey

George Thomson is a former Scottish police officer who worked as an investigator with Abdelbaset al-Megrahi’s legal team preparing Megrahi’s appeal against his Lockerbie bombing conviction. I recently published as a full story a comment Thompson had posted on this blog regarding a piece on the Lockerbie ‘key evidence’: PT/35(b).

This rather difficult letter requires a bit of knowledge and real hard work to grasp the deep meaning of some of the details mentioned. In this follow-up, I try to provide some help and a few explanations. Please, read George Thomson’s letter if you have not already done so.

Also, understand that the key idea behind this post is not mine. I merely try to explain what Thomson discovered many years ago. But, if my explanations are not satisfactory, George Thomson is of course welcome to send whatever corrections are necessary. Truth is the only goal of this blog.

According to the official line, DC Gilchrist and DC McColm found, on 13 January 1989, a piece of charred material which was given the police number PI/995.

The original inscription on the label was “Cloth (charred)”. The word ‘cloth’ has been overwritten by the word ‘debris’.

Q Now, when we magnify the photograph of the label, Mr. Gilchrist, we can see, can we not, that it has been altered?

A I can see writing underneath it.

Q Exactly. And if we look carefully at the writing underneath the word ”debris,” we can make out, can we not, the word ”cloth,” with the C being under the D, the L under the E, an O under the B of ”debris,” and a T under the R, and a H under the S?

Q Well, why didn’t you mention this alteration during your examination in chief, Mr. Gilchrist, when you read out the label to us?

A I didn’t notice it. It’s the first time it’s been brought to my attention.

The judges concluded that:

“There was no satisfactory explanation as to why this was done, and DC Gilchrist’s attempts to explain it were at worst evasive and at best confusing.”

According to his examinations notes, Dr Hayes examined this item on May 12 1989 and, after dissection of the material described as part of the neckband of a grey shirt, he extracted a fragment of a green colored circuit board.

Page 51 is actually a loose leaf of his examination book and the original pages 51 to 55 have been renumbered 52 to 56. There is no drawing of the fragment on page 51.

[Also, the text written on that page 51 is not indented on the following page. And the words indented on page 52 do not appear to be related tho the Lockerbie investigation.]

There is something very peculiar about PI/995. In his report, Dr Hayes presents photos 116 and 117 as pictures of PI/995 before and after its dissection that led to the discovery of the MEBO timer.

[One of these fragments was initially encoded as part of a ‘SLALOM TROUSER’ and eventually became a ‘SLALOM’ shirt! The dimension of the fragment was clearly altered in the examination book.]

At the trial, Dr Hayes confirmed that information. The exchange went as follows.

Q Could we return to the report now, please. And if we could have photograph 116 on the screen, that’s of Production 181. Do we see “PI/995” in the bottom centre of the photograph?

Q And the report tells us that, “This is a severely damaged fragment of grey cloth which is shown after its partial dissection in photograph 117, and at the bottom centre of photograph 116 (before dissection).”

Q Are we seeing it, then, before dissection in this photograph?

Therefore it is rather obvious that PI/995 could not have been dissected before October 10 1989. And the key piece of evidence that led the investigation towards Libya could not have surfaced before that date.

The US investigators (FBI) were told about it for the first time on January 10 1990. [Former FBI Richard Marquise confirmed that information to me just a few days ago.]

The consequence is inescapable and indisputable. The key piece of “evidence” surfaced between October 10 1989 and January 10 1990. For some reason, this finding was antedated to May 12 1989.

Why would anyone antedate a genuine piece of evidence? The question is now rather rhetorical.

Today, we KNOW that PT/35(b) is a forgery thanks to a metallurgic analysis of the ‘tinning’ of its copper tracks. (See: PT/35(b) — How was the Lockerbie Key Evidence Forged? [UPDATE & Comments] )

This entry was posted in Lockerbie and tagged George Thomson, Pan Am 103 (Lockerbie), PT/35(b). Bookmark the permalink.