“With regard to Mesbahi, I have never heard the name until reading it in your article. I have no idea who he is but guess the defense must have heard of him and wonder why he was not a key witness at trial. It seems, based on what you report, he has some significant info — where — what is it?? I have no way of knowing.”

( Private communication from Marquise to the author on February 11, 2008) 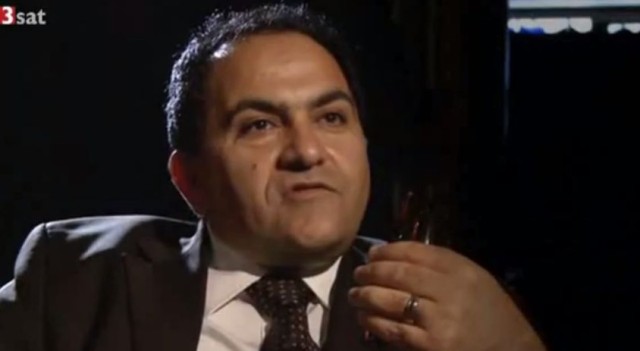 A political scandal has erupted in Argentina over the mysterious death of special prosecutor Albert Nisman. The 52-year-old was found dead in his apartment on January 18 2015.

On the next day, Nisman was scheduled to testify before Congress that Argentina’s President Cristina Fernandez de Kirchner (along with members of her government) had attempted to cover-up a deal that protected the perpetrators of the 1994 bombing of a Buenos Aires Jewish cultural center.

Former Argentine prosecutor Alberto Nisman – relying on the testimony of an Iranian defector named Abolghasem Mesbahi – had accused President Cristina Kirchner of shielding Iranian officials from prosecution over the 1994 bombing of a Buenos Aires Jewish center.

Alberto Nisman has by now been ‘murdered’ although his death was first reported as a ‘suicide’.

General Cesar Milani — arrested on February 17 2017 under charges of kidnapping and tortures — is a suspect in the death of Nisman.

I was able to communicate with Abolghasem Mesbahi but I never met with him in person.

A Short Biography of Abolghasem Mesbahi

Abolghasem Mesbahi was born on Dec. 17, 1957, in Tehran, Iran. He studied theology at the famous University of Quom. In February 1979, Mesbahi was about to become an Imam when history decided otherwise.

The leader of the revolution, Ayatollah Ruhollah Musawi Khomeini, picked him as the director of the detention center of Dschamschidieh, near Tehran. The center was a prison for the former high-ranking military under the Shah Reza Palavi.

In August 1979, Mesbahi is sent to Paris as second man in command. He is in charge of all intelligence matters. Beside Farsi and Arabic, Mesbahi also speaks fluently French, German and English.

His activities were directed primarily against exiled opponents of the Iranian government. In 1983, the French government declared Mesbahi persona non grata and expelled him for “intelligence activities incompatible with his diplomatic status.”

Soon after his expulsion from France, he was transferred to the Iranian Embassy in Bonn. As the intelligence coordinator for Western Europe, Mesbahi resumed the monitoring of the Iranian opposition.

In 1985, Mesbahi returned to Iran to assist the organization of the Ministry of Intelligence and National Security (also known as VEVAK from the Persian: Vezarat-e Ettela’at va Amniat-e Keshvar). The VEVAK is the primary intelligence agency of the Islamic Republic of Iran and allegedly the best funded Ministry.

In February 1986, Mesbahi left the VEVAK in order to serve as deputy head of the international and political office of the Foreign Ministry. Six months later, he was put in charge of United Nations affairs.

Needing a cover to infiltrate various dissident groups, Mesbahi joined the University of Geneva. There, he worked towards a PhD in political sciences under the supervision of Jean Ziegler.

It is believed that Mesbahi agreed to a twisted deal with the Swiss Authority. In 1987, he is questioned by a Swiss police officer named Leon Jobe regarding his previous activities in France and his current involvement in Switzerland.

In exchange for authorization to stay in the country, it is rumored that he promised, in writing, that Iran would not commit terror acts in the country.

During this period, Mesbahi acted as a back channel for Rafsanjani, then head of the Parliament, with his contacts in the European governments and the United States.

In this position he was involved in freeing Rudolf Cordes, a West German hostage seized in Beirut by the Shiite group Holy Strugglers for Freedom in January 1987 and held until September 1988.

While acting in that position, Mesbahi is said to have met former US President Ronald Reagan, French President Francois Mitterrand and a former French Foreign Minister Roland Dumas, as well as Germans Vogel, Koshnik and Eppler.

Mesbahi often sojourned at the Hotel du Rhone in Geneva. The bank account he used to pay his expenses happens to be same account that was used to transfer some money on former Argentine President Carlos Menem.

In November 1988, after returning from the US where he had met with former US President Jimmy Carter, Mesbahi was accused of being a double agent. He was arrested but released from prison on March 20, 1989, after only 120 days.

He remained under house arrest for another year and half. Having been dismissed from the Ministry of Intelligence, he started a private business to support himself and taught at Tehran University.

Once the recommendation to assassinate an opposition figure has been made by the Committee, both the Supreme Leader and the president of Iran must give their consent for the operation to be carried out.

A Witness Known to the Former Iranian President — Mesbahi left Iran for Pakistan on April 6, 1996. He arrived in Kuwait on the April 18. From there, he contacted Jobe in Switzerland.

Then, on April 22, after he had made contact with former Iranian President Abdolhassan Banisadr, he moved to Germany where he was granted political asylum. He began briefing German authorities in September 1996. His debriefing lasted well into 1997.

Former Iranian President Abdolhassan Bani-sadr testified that the Mykonos murders had been personally ordered by Ayatollah Sayyed Ali Khamenei, Iran’s Supreme Leader, and then President Akbar Hashemi Rafsanjani. [I spoke with President Bani-sadr about these matters.]

In an interview with Iran Human Rights Documentation Center conducted in January 2007, Bani-sadr stated that he had confirmed this information with well-placed sources with direct knowledge of the inner workings of the Iranian Ministry of Intelligence.

“The person who ordered this attack, under the current Iranian constitution and under Islamic law, can be no other than Khamenei himself,” Bani-sadr stated in the court.

A Very Reliable Witness — On Sept. 17, 1992, agents of the Islamic Republic of Iran (IRI) murdered several leading members of the Democratic Party of Iranian Kurdistan (PDKI) at the Mykonos Restaurant in Berlin, Germany.

The Mykonos trial lasted three and a half years. The court met for a total of 246 sessions, heard 176 witnesses and considered documentary evidence including secret intelligence files.

Prosecutors successfully obtained convictions in four of the five cases. Two of the accused, Rhayel and Darabi, received life sentences for their role in the murders.

The German authorities concluded that the Iranian government was “directly involved” in the Mykonos assassinations. In March 1996, Chief Federal Prosecutor Kay Nehm issued an international arrest warrant for the Iranian minister of intelligence, Ali Fallahian.

This unprecedented act of justice was made possible only thanks to the testimony of Abolghassem Farhad Mesbahi, who had been introduced to the court by Bani-sadr.

The government of Iran attempted to discredit Mesbahi by claiming that he had never had any connection to the Ministry of Intelligence.

Nevertheless, the court was able to find corroboration for Mesbahi’s statements. Mesbahi described the countries he traveled to and the missions he had accomplished. The court reviewed photocopies of his passports and visas, and never found one element of discrepancy.

Mesbahi always made precise distinctions between what he knew from his own experiences and what he had learned from conversations with other people or from hearsay. In order to establish the credibility of the information he received, Mesbahi quoted the names of his sources and their functions within different state agencies. Mesbahi documented the Mikonos murders based on the information he had gathered from five sources, including the killer.

Mesbahi’s testimony was supported by prominent German Middle East experts such professor Udo Steinbach and professor Heinz Halm. German Intelligence was able to confirm at least one of his allegations but never revealed what it was.

“Terrorist and Organized Crime Groups in the Tri-Border Area (TBA) of South America.”

“Murder at Mykonos: Anatomy of a Political Assassination.”