The “FAREWELL DOSSIER”: Geopolitical consequences on the end of the Cold War

“So the accomplishments of FAREWELL, in summary, are enormous. It was a major — major — accelerator to the end of the Cold War. (…) It was a critical and heroic accomplishment by President Mitterrand and his government, whatever the intentions may have been at the time…”

“Farewell” was the codename of Vladimir Vetrov, a KGB officer who delivered to France in the early 80s, over the course of less than a year, approximately 4,000 documents related to the systematic theft of Western technology by the USSR. This gathered intelligence opened the door to “Star Wars,” forcing the USSR to transition to perestroika and give up its last stronghold, Berlin. With the end of the Cold War, a new era began: the era of globalization. Is there a link between the fall of the Berlin Wall and the information disclosed by Farewell? In a rare testimony, Richard V. Allen discusses —  from a historical perspective — the main points of the FAREWELL operation.  Allen also analyses its indirect geopolitical consequences on the end of the Cold War. Follow us on Twitter:@INTEL_TODAY

RELATED POST: Former DGSE Director: The Story of the NSA Hack on the French President’s House

Edward Luttwak famously once wrote that:

Not everyone will agree with Ed Luttwak’s analysis which is undoubtedly a tad unfair. For instance, William Saffire wrote the following in the New York Time:

“Intelligence shortcomings, as we see, have a thousand fathers; secret intelligence triumphs are orphans. Here is the unremarked story of  “the Farewell dossier”: how a C.I.A. campaign of computer sabotage resulting in a huge explosion in Siberia — all engineered by a mild-mannered economist named Gus Weiss — helped us win the cold war.”

However, there is a small problem with Saffire’s argument. According to Weiss himself, this operation would have been considered a success no matter the outcome!

“If some double agent told the KGB the Americans were alert to Line X and were interfering with their collection by subverting, if not sabotaging, the effort, I believed the United States still could not lose.

The Soviets, being a suspicious lot, would be likely to question and reject everything Line X collected. If so, this would be a rarity in the world of espionage, an operation that would succeed even if compromised. Casey liked the proposal.”

In the 70s, the Russians were badly trailing Western countries in micro-electronics and computers. Thus the KGB was tasked with the mission to systematically spy on Western R&D programs. Directorate T was created solely for this purpose and its operating branch was named “Line X”.

In 1981, Colonel Vladimir I. Vetrov contacted French Intelligence and, over the next couple of years, supplied them with about 4000 documents “LINE X” had obtained. President Mitterrand passed the information to Reagan. 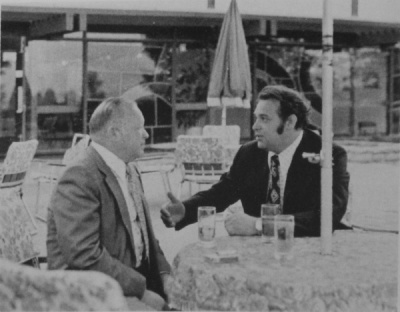 A CIA economist, Gus W. Weiss, suggested to William Casey to actually supply the material sought by the Russians. The equipment would be designed to pass initial tests but would eventually fail due to intentionally added flaws.

Weiss believed that when  historians will sort out the reasons for the end of the Cold War, the “Farewell Project” should receive a well deserved “footnote”.

In 1982, Vetrov was arrested and jailed for murder. While in jail,  his espionage activities were discovered. Colonel Vetrov was executed in 1983.

According to Weiss, the case took a bizarre turn when information on the “Farewell Dossier” surfaced in 1985.

“Mitterrand came to suspect that Vetrov had all along been a CIA plant set up to test him to see if the material would be handed over to the Americans or kept by the French. Acting on this mistaken belief, Mitterrand fired the chief of the French service, Yves Bonnet.”

Farewell (French: L’affaire Farewell; literally The Farewell Affair) is a 2009 French film directed by Christian Carion, starring Guillaume Canet and Emir Kusturica. The film is an espionage thriller loosely based on actions of the high-ranking KGB official, Vladimir Vetrov. It was released in the United States in June 2010. It was adapted from the book Bonjour Farewell: La vérité sur la taupe française du KGB (1997) by Serguei Kostine.

After the Farewell Affair: geopolitical consequences — the aftermath of an extraordinary espionage operation”

The “FAREWELL DOSSIER”: Geopolitical consequences on the end of the Cold War