Anti-terrorist activity in Europe: a Belgo-Moroccan imam among the suspects — Secretary of Defense Harold Brown: A Reassessment — The hidden signs that can reveal a fake photo — Joint Letter to Five Eyes Intelligence Agencies Regarding Encryption 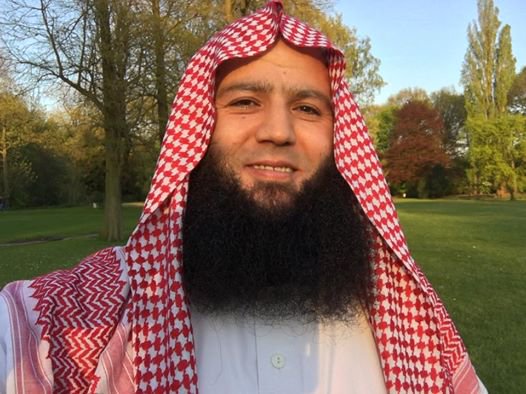 Anti-terrorist activity in Europe: a Belgo-Moroccan imam among the suspects — Brussels Times

The head of the group suspected of having links with the Islamic state, whose members were arrested on Wednesday during an anti-terrorist operation across Europe, is the Belgo-Moroccan imam, Tarik Chadlioui, reported Gazet van Antwerpen, which is based on British media.

The imam, who was about forty years old, was arrested in Birmingham in the UK, where he had been living with his wife and children for two years. The Federal Prosecutor’s Office said that no investigations had been initiated against Mr Chadlioui in Belgium.

The Times of London writes that Mr Chadlioui, who is a native of Morocco but holds a Belgian passport, was arrested on Wednesday. A European arrest warrant had been issued against him. The imam was among six people suspected of having links with the Islamic state terrorist organisation arrested during an operation across Europe on Wednesday.

He is suspected of being the head of the terrorist cell in Palma de Mallorca (Balearic Islands, Spain), which recruited young people to fight alongside the Islamic state group. He also allegedly promoted the jihadist movement on YouTube. A statement issued on Wednesday pointed to the chief arrested in the United Kingdom as a “Salafist imam”, without giving his name. (…)

Tarik Chadlioui had already attracted attention to himself in the press because he had allegedly preached in a Parisian mosque frequented by Omar Mostefai, who was involved in the Paris attacks of 13 November 2015.

The role of Secretary of Defense Harold Brown in managing the Pentagon, boosting the military and confronting the Soviet Union during the Jimmy Carter Administration is examined in a new Department of Defense historical volume that was declassified and published this month.

It was during Secretary Brown’s tenure that the Carter Administration reversed a decline in defense spending and began a military buildup that is usually associated with the Reagan Administration. Stealth aircraft, precision bombs, cruise missiles and other new weapons programs were championed by Brown, a physicist, and brought into production.

“Unlike previous secretaries of defense, Brown faced the Soviet Union at the apex of its Cold War military might,” wrote historian Edward Keefer in the new DoD volume.

“Flush from new discoveries of oil and natural gas in an era of high energy prices, the Soviet Union of the Carter years came closer to matching the United States in strategic power than it had in any other period. By most reckonings, the Kremlin held advantages over the West in conventional weapons and forces in central Europe. Brown and his staff worked diligently and creatively to offset the formidable Soviet military challenge. Yet the achievements Brown amassed as secretary have been overshadowed by one horrendous failure, the Iran hostage rescue mission.

As a result, history has paid scant attention to his successes. Similarly, it has ignored the foundation that the Carter administration built for the Reagan revolution in defense. This volume aims to remedy the oversight.”

The hidden signs that can reveal a fake photo — BBC

The tell-tale signs may not jump out at you, but to Hany Farid, the image is littered with evidence – one of the reflections in the window is misaligned and the shadows do not line up.

This photograph is a fake. One of the men was not there at all.

Research suggests that regardless of what you might think about your own abilities to spot a hoax, most of us are pretty bad at it. Farid, however, looks at photographs in a different way to most people. As a leading expert in digital forensics and image analysis, he scrutinises them for the almost imperceptible signs that suggest an image has been manipulated.

Another giveaway is the colour of people’s ears. “If the Sun is behind me, my ears will look red from the front because you’ll see the blood,” he says. “If the light is coming from the front, you won’t see the red in the ear.”

To Ministers Responsible for the Five Eyes Security Community —

In light of public reports about this week’s meeting between officials from your agencies, the undersigned individuals and organizations write to emphasize the importance of national policies that encourage and facilitate the development and use of strong encryption. We call on you to respect the right to use and develop strong encryption and commit to pursuing any additional dialogue in a transparent forum with meaningful public participation.

This week’s Five Eyes meeting (comprised of Ministers from the United States, United Kingdom, New Zealand, Canada, and Australia) discussed “plans to press technology firms to share encrypted data with security agencies” and hopes to achieve “a common position on the extent of … legally imposed obligations on … device-makers and social media companies to co-operate.”[1] In a Joint Communiqué following the meeting, participants committed to exploring shared solutions to the perceived impediment posed by encryption to investigative objectives.[2]

While the challenges of modern day security are real, such proposals threaten the integrity and security of general purpose communications tools relied upon by international commerce, the free press, governments, human rights advocates, and individuals around the world.