“The man was named by Belgian media as Oussama Zariouh and the mayor of Molenbeek said he was known for drugs offences but was not on any jihadist watch list. The prosecutor said there were indications that he had sympathies for so-called Islamic State.” 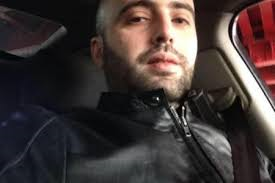 June 22 2017 — The man shot while trying to set off a bomb at Brussels Central Station on Tuesday night has been identified as a 36-year-old Moroccan. He was a resident of Molenbeek. Follow us on Twitter: @INTEL_TODAY

RELATED POST: BuzzFeedNews Mistaken about NSA and the search for Salah Abdeslam

UPDATE (June 24 2017) —   On Thursday, the  father and sister of Oussama Zariouh, who live in Nador in Morocco, gave an interview to VRT.

According to his father,

“He had no sympathies with Islamic State. Moreover, he was certainly not a member of a terrorist group. I would describe him as a moderate Muslim. He was a normal boy who listened to music. He sometimes prayed, although not very often. He was far from being an extremist.”

His sister, who recently talked to him on the phone, said that:

“He spoke normally, as he had always done. He was planning to come to Morocco this summer to get married. He wanted to change jobs and become a taxi driver.”

“I cannot believe that my brother wanted to commit suicide or assassinate another. He was a caring man.”

According to the investigator, Zariouh made the IED (TATP) at his apartment. The ingredients can easily and legally be bought in various stores.

So far, there is no indication that he had accomplices. He seems to be a loner. Although the neighbourhood is well-known for the numerous jihadists who left for Syria, Zariouh is not believed to be connected to these groups and ISIS. Both his computer and his phone are encrypted.

Zariouh called a taxi to drive him from his apartment to the Veeweyde Metro station. From there, he travelled to Brussels Central Station. There are 9 stations in between and it is a mystery as why he did not explode the IED inside the metro.

Obviously, his itinerary does not make any sense. Why would he take a taxi to board the metro (line 5) at Veeweyde if his goal was to explode the IED at the Central Station, considering that there is a metro station [Beekkant] at a walking distance from his apartment? —END UPDATE

It was widely expected that terrorists would hit Brussels again. And it is no secret where these terrorists hide. Yet, it happened once more. This time, the Belgian people got lucky. One thing is certain: the strokes of luck do not last forever.

On Tuesday night — around  8:40 PM local time — Oussama Zariouh had approached a group of passengers Brussels Central Station beneath the main concourse and attempted to blow up his suitcase. It partially exploded, and then caught fire before blowing up a second time.

The man had then run towards a station-master and targeted a soldier, screaming “Allahu Akbar (God is greatest)”, before being shot. He was not wearing a suicide belt.

He later died of his injuries and his home in Molenbeek was searched by special forces in the early hours of Wednesday.

Officials were seen leaving the man’s home hours later with what prosecutors said were potential bomb-making materials. “Preliminary results… showed that he probably made the bomb there,” said Mr Van der Sypt. [BBC]

The prosecutor said there were indications that Oussama Zariouh had sympathies for so-called Islamic State.

RELATED POST: How Europe Left Itself Open to Terrorism

Federal Prosecutor’s spokesman Eric Van Der Sypt told a news conference: “It is clear that he wanted to cause much more damage than he did. He tried to make the case explode, it caught fire. There was a small explosion first, then he moved away and the case exploded a second time. This was a stronger blast but the damage could have been a lot worse.”

The street where he lived — Boulevard Mettewie — was home to many Jihadists who left for Syria. He shaved his beard last May. He was living alone and it is not known if he had a job.

Molenbeek mayor Francoise Schepmans told reporters that Zariouh, was on police files over a drugs case last year and was divorced.

It is a mystery why he detonated the IED late in the evening when few people were in the station.

The apartment was searched early on Wednesday morning and the police believe that he made the IED in that location.

His suitcase was packed with nails and gas bottles, officials say.

The 36-year-old was shot dead after rushing towards a soldier shouting “Allahu akbar”.

Molenbeek, is one of 19 municipalities in the Brussels-Capital Region (Belgium). The commune of Molenbeek has gained a reputation for being a safe haven for jihadists in relation to the support shown by some residents towards the bombers who carried out terrorist attacks in Paris and Brussels.

According to Le Monde, the assassins who killed anti-Taliban commander Ahmed Shah Massoud both came from Molenbeek.

Hassan el-Haski, one of the 2004 Madrid terror bombers came from Molenbeek.

The perpetrator of the Jewish Museum of Belgium shooting, Mehdi Nemmouche, lived in Molenbeek for a time.

Ayoub El Khazzani, the perpetrator of the 2015 Thalys train attack, stayed with his sister in Molenbeek.

French police believe the weapons used in the Porte de Vincennes siege the same day as the Charlie Hebdo shooting were sourced from Molenbeek.

The bombers of the November 2015 Paris attacks were also traced to Molenbeek.

During the Molenbeek capture of Salah Abdeslam, an accomplice of the Paris bombers, protesters “threw stones and bottles at police and press during the arrest”, stated the Interior Minister of Belgium, Jan Jambon.

According to French President François Hollande, that was also where they organised the attacks.

On 18 March 2016, Salah Abdeslam, a suspected accomplice in those attacks, was captured in two anti-terrorist raids in Molenbeek that killed another suspect and injured two others. At least one other suspect remains at large. Ibrahim (born 9 October 1986 in Brussels) was involved in the attempted robbery of a currency exchange office in January 2010, where he shot at police with a Kalashnikov rifle.

The Mayor of Brussels, Freddy Thielemans, and the Mayor of Molenbeek, Philippe Moureaux, described the shooting as a “fait divers” (a small daily news item) and “normal in a large city”, causing controversy.

Police investigation — As several of the attackers in the Brussels and Paris terrorist attacks had connections to the area, Belgian police started door-to-door checks where a quarter of Molenbeek’s inhabitants were investigated, a total of 22 668.

Brussels bomb suspect was Moroccan and ‘known to police’ — BBC

Brussels bomb made in Molenbeek. Once again…