“The Lockerbie trial is the most disgraceful miscarriage of justice in Scotland for 100 years. Every lawyer who has read the judgment says ‘this is nonsense’. It is nonsense.” 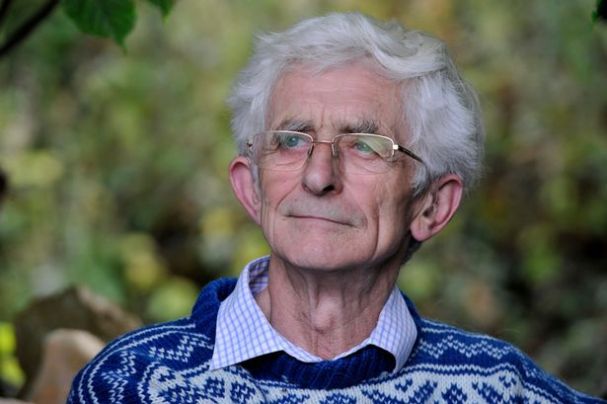 This week, the family of Abdelbaset al-Megrahi — the only person ever convicted for the Lockerbie bombing — will launch a bid to appeal against his conviction. Dr Jim Swire — who lost his daughter in the tragedy — sent me a letter that I reproduce here with his kind permission. Follow us on Twitter: @INTEL_TODAY

Jim Swire, is an English doctor best known for his involvement in the aftermath of the 1988 bombing of Pan Am Flight 103, in which his daughter Flora was killed. Swire lobbied toward a solution for the difficulties in bringing suspects in the original bombing to trial, and later advocated for the retrial and release of Abdelbaset al-Megrahi. Swire also carried a fake bomb onto an aircraft as a demonstration of lax security. [Wikipedia]

The attempt by a group of UK relatives to initiate a further appeal against the Zeist verdict was rejected when the SCCRC requested guidance over our application from the Edinburgh High Court.

The High Court in the form of Lord Carloway ruled that we, a group of close relatives of some of the dead had no locus to request a further appeal.

We wanted the truth, that’s all.

Writing this in 2017, when there is thought to be widespread concern over the interests of victims in murder cases such as this, I find it astonishing that the highest lawyers in Scotland believe it right to exclude us in this way.

There has been profoundly coherent evidence readily and even publicly available for at least the last 18 years which seems to show not only that the late Mr Megrahi was not guilty, but that the whole prosecution case. alleging that the bomb was planted in Malta by Libyans is not correct.

The totality of evidence now appears to show beyond reasonable doubt that the bomb, was first put aboard at London Heathrow, and that its origins do not point even to the country of Libya.

These matters can only be resolved once and for all in a Scottish court of law. It should long have been obvious that without formal resolution they will not fade away.

The Scottish authorities have perhaps forgotten that even their own Criminal Case Review Commission found six reasons why the Zeist trial might have been a miscarriage of justice.

Meanwhile the simple right of the relatives of the dead to know the truth as to all that is really known about the perpetrators and the failure to protect their loved ones, is blocked  by the failure to re-examine the evidence used at Zeist, and its augmentation since.

Once  it is confirmed that the prosecution case at Zeist was invalid, we shall all want to know why Scottish authorities took so long to realise their dreadful mistake, and how the prosecution case came to be built up in the face of so much knowledge pointing in a very different direction.

We all know the adage that ‘the law is an ass’, but the rigidity of the law, which strengthens that adage through commendable adherence to precedence cannot be stretched beyond a certain point, even in Scotland, without inviting severe criticism. I believe we are now long past that point.

All of that might contribute to a better performance in the future, a hope close to the hearts of many relatives, along with their simple wish to know the truth about what still appears to have been a totally preventable disaster [initiated through lax security at Heathrow airport.]

Dr Jim Swire on the death of Megrahi

Robert Fisk: Do you know the truth about Lockerbie? — Independent

This entry was posted in Lockerbie and tagged Dr Jim Swire, Lockerbie, SCCRC. Bookmark the permalink.

2 Responses to Lockerbie — An open letter from Dr Jim Swire