“We still hope the truth will come out. We know that very probably the plane was struck down by a missile. Too many people have been keeping this secret for too long but we will not give up until we know everything that happened.” 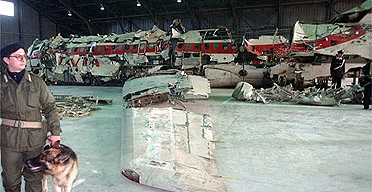 The remains of Itavia Airlines flight 870

When the passenger jet crashed, the immediate theory was that it was a tragic accident caused by some kind of mechanical or structural failure. Then there was the suggestion that terrorists could have planted a bomb, but that theory was also rejected. Follow us on Twitter: @Intel_Today

Itavia Flight 870 was an Italian commercial flight operated by a McDonnell Douglas DC-9-15 which crashed into the Tyrrhenian Sea between Ponza and Ustica, killing all on board, while en route from Bologna to Palermo on 27 June 1980.

In 1994 – a joint investigation carried out by the British Air Accidents Investigation Branch (AAIB) and Italian investigators concluded that a bomb had indeed exploded mid-flight in the rear lavatory.

“Then, in 1999, an exhaustive investigation by Judge Rosario Priore — one of Italy’s most respected legal figures and an expert on terrorism cases — gave the definitive version of what happened.” [The Guardian]

After a long and difficult investigation, Judge Rosario Priore  concluded that the plane had been caught in a dogfight between NATO jet fighters and a Libyan MiG.

In September 2011 the Palermo civil tribunal ordered the Italian government to pay 100 million euros ($137 million) in civil damages to the relatives of the victims for failure to protect the flight and for concealing the truth and destroying evidence.

(Actually, a bit more than evidence has been destroyed. More than a dozen individuals directly linked to this case have died in suspicious circumstances.)

On 23 January 2013, Italy’s top criminal court ruled that there was “abundantly” clear evidence that the flight was brought down by a stray missile and confirming the lower court’s order that the Italian government must pay compensation.

In April 2015, the appeals court in Palermo confirmed the rulings of the Palermo civil tribunal of 2011 and rejected the appeal by the state attorney. [WIKIPEDIA]

Question: Who fired the missile?

According to judge Priore’s investigation, the aircraft was shot down during a dog fight involving Libyan, United States, French and Italian Air Force fighters in an assassination attempt by NATO members on an unnamed ‘important Libyan politician’. 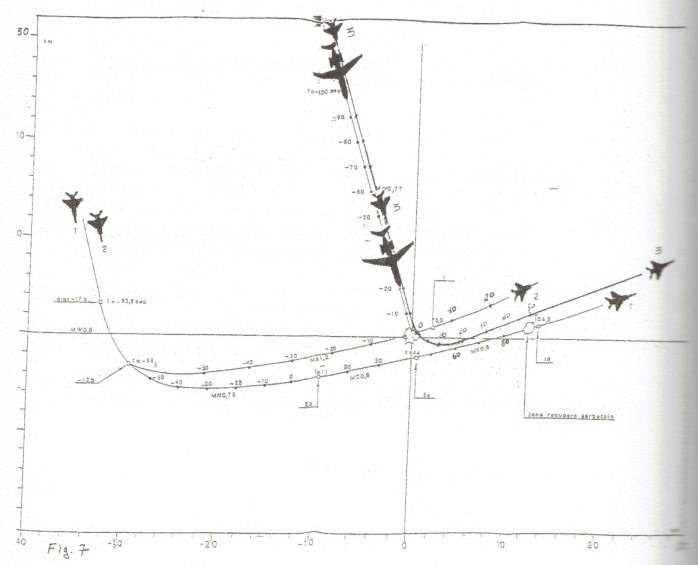 Last minutes of Flight 870 according to Judge Rosario Priore

It is usually accepted that only two countries had military airplanes flying this area at that moment: the U.S. and France.

Francesco Cossiga — Prime Minister of Italy from 1979 to 1980 and President of Italy from 1985 to 1992 — has stated that the missile had been fired from a French Navy aircraft.

Speaking about Flight 870, Italy’s President Giorgio Napolitano stated: “Time is no obstacle in the search for truth.”

This story is obviously far from over. Stay tuned…

The mystery of flight 870 — The Guardian