“Most believe that the current Supreme Leader will pass from the scene in the next few years due to old age and illness. If this happens, the process by which he is replaced will be a defining moment for the system.” 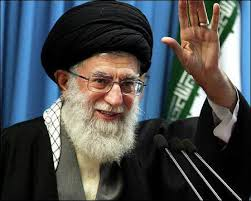 The Canadian Security Intelligence Service (CSIS) has hosted a workshop to examine a broad range of recent developments influencing Iran’s political landscape, and their security consequences. Follow us on Twitter: @INTEL_TODAY

The report concludes that: “Iran is, in many ways, at a crossroad: significant political change is expected in the coming few years, most notably if the Supreme Leader departs the scene. Most importantly, the population is restive and wants change.”

This sparked a flood of rumours on the future of the Islamic Republic and his position should he not recover.

The French newspaper Le Figaro quoted Western intelligence officials as saying that the cancer was discovered about ten years ago.

“The cancer is in stage four, in other words has spread.” Doctors estimate “he has two years left to live.” 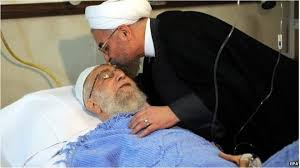 The Medical and Psychiatric Analysis Center (MPAC) is one of the more intriguing parts of the CIA. The unit that has operated out of the public view for more than 40 years.

MPAC tries to gauge — from both public and classified sources — the health  of world leaders.

“They have been monitoring the health of world leaders for decades. It’s an essential element of biographical profiles,” said  intelligence historian Jeffrey T. Richelson, author of “The Wizards of Langley”.

For instance, here is a cable — dated March 28 1973 — from the US Embassy in Paris regarding the health of the French President. Pompidou died on April 2 1974, from Waldenström’s macroglobulinemia (a type of cancer).

A CIA advertisement –published in  the prestigious ‘Journal of the American Medical Association’ — seeking physicians who might want to become “medical analysts” reads:

“As an intelligence officer working with a team of physicians, psychiatrists and psychologists, you will assess the physical health of foreign leaders and terrorists..”

Obviously, the Ayatollah will die… One day.

MEDINT is more ‘guesstimate’ than pure science. And the crystal ball can be foggy. Let us not forget that the CIA and the media predicted Khomeini’s imminent death from the very day he returned to Iran.

But as he awaits that inevitable moment, the 88-year-old Iranian ruler must be having a laugh at the premature death notices that have appeared in the western press during the past decade.

Almost from the moment he took power in February 1979, Khomeini has been portrayed in newspaper accounts as a disease-ridden old man with only a short time to live.” [Washington Post 1989]

“A CIA report concluded that based on the medical information, Ayatollah Khomeini will ‘probably die within the next few months’. That was nearly 10 months ago…”

Why does MEDINT matter anyway?

It does matter for several reasons. I will just point one of them. As Kissinger explained (in the context of the Iran Nuclear deal):

“Diplomacy needs a new impetus. As a first step, the United States and its negotiating partners need to agree on how much time is available for negotiations.”

Now, and this is crucial, sometime policymakers and diplomats must accept that they may not have got the best possible deal they could have got from the people sitting in front of them.

But the clock is ticking, and they are also aware that soon they may not face the same people. That is, assuming that there will still be some people willing to seat at the negotiation table with them. Did such a consideration play a role in the Iran Nuclear deal? So far, we simply dont know. But it cannot be ruled out…

Between Hope and Fear. A New Iran? — CSIS

How the CIA diagnoses world leaders from afar

CIA is looking for a few good doctors

A Nuclear Test for Diplomacy by Henry A. Kissinger — The Washington Post – May 16, 2006