A recent post — NSA Hacked French President’s House  — has been viewed yesterday by more than 7,000 readers from 124 countries. 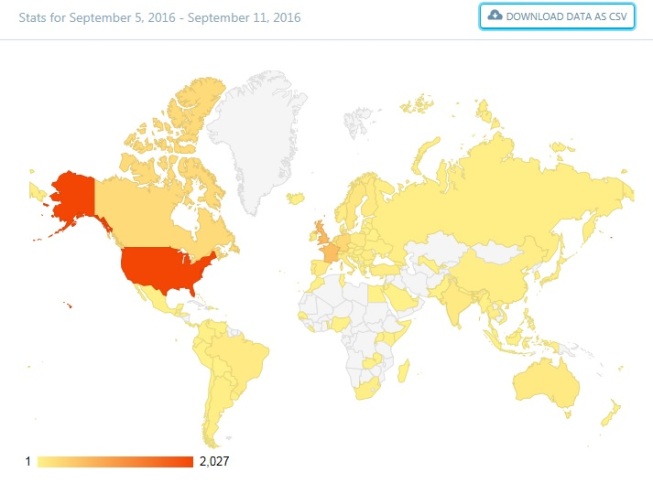 WordPress Statistics for GOSINT on 5 September 2016

GOOGLE would point to this blog on the search — in English — for the word ‘NSA’. 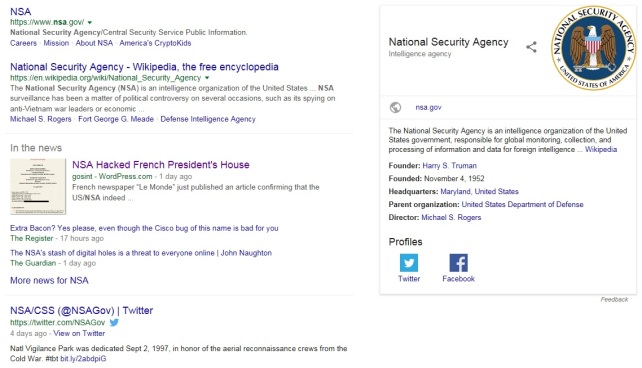 Shorter videos have appeared on several French News Media but the 90′ long interview of Bernard Barbier is no longer available. Here is a video showing Barbier’ s interview.

The French media however confirm that the NSA had used Facebook [and ‘Quantum Insert Attacks’ ] to get inside the computers of several collaborators of Sarkozy. See this video.

The secret document  “SECRET//SI//NOFORN VISIT PRECIS BERNARD BARBIER”  confirms that Barbier visited the NSA on April 12 2013 to discuss the attacks. The US agencies had denied involvement in January and offered assistance in attributing the attacks.

Barbier claims in the interview that he came easily and quickly to the conclusion that only two countries –The US and Russia — were capable of such a sophisticated attack. Based on similarities with a previous attack the DGSE had investigated and  understood, Barbier was 100% convinced that the attacks were coming from the NSA.

The removal of Barbier’ s extraordinary interview is a fact ‘open to interpretation’.

Perhaps, there is a perfectly innocent explanation. Then again, someone may have decided that the former Director of the DGSE –Technical Division — had been a little too talkative?