“Just hours before he was due to receive a classified briefing from members of US intelligence agencies, Presidential candidate Donald Trump declared that he will not employ the ‘standard’ intelligence community figureheads because he does not trust them owing to previous ‘catastrophic’ failures.” 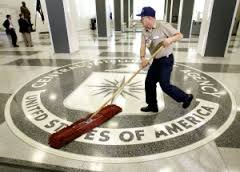 When asked by Fox News if he trusts intelligence, Trump responded : “Not so much from the people who have been doing it for our country.” Follow us on Twitter: @INTEL_TODAY

“I mean, look what’s happened over the last 10 years. It’s been catastrophic. Very easy to use them, but I won’t use them, because they’ve made such bad decisions. Look at Iraq, look at the Middle East.  If we would have never touched it, it would have been a lot better.”

No Love from the CIA Directors

Michael Hayden (CIA Director 2006-2009) believes that Donald Trump is a “clear and present danger” to America.

MICHAEL HAYDEN: Look, we gotta call balls and strikes the way we see them, alright? We all felt strongly enough about what we believe to be a clear and present danger, that we felt compelled to say what we said…

MICHAEL HAYDEN: Well, if he governs in any way close to the language that he has used in the campaign, I fear for our future. [RealClearPolitics]

Leon Panetta (CIA Director 2009-2011) said that Trump is “not qualified to be President of the United States.”

“You’ve got now a presidential candidate who is in fact asking the Russians to engage in American politics and I just think that’s beyond the pale. I have a lot of concerns of his qualities of leadership or lack thereof. That kind of statement only reflects the fact that he truly is not qualified to be president of the United States.” [CNN]

“Donald J. Trump is not only unqualified for the job, but he may well pose a threat to our national security.

In sharp contrast to Mrs. Clinton, Mr. Trump has no experience on national security. Even more important, the character traits he has exhibited during the primary season suggest he would be a poor, even dangerous, commander-in-chief.

President Vladimir V. Putin of Russia was a career intelligence officer, trained to identify vulnerabilities in an individual and to exploit them. That is exactly what he did early in the primaries. Mr. Putin played upon Mr. Trump’s vulnerabilities by complimenting him. He responded just as Mr. Putin had calculated.”

“In the intelligence business, we would say that Mr. Putin had recruited Mr. Trump as an unwitting agent of the Russian Federation” [CNN Politics]

John Brennan (CIA Director 2013 – Current) said that he would not agree to carry out some of the tactics and techniques advocated by Trump. Brennan said that if necessary he would provide a briefing for Trump.

“I will try to carry out my responsibilities,” Brennan said. Yet it was clear from his facial expression that he was not happy about the prospect. [BBC]

“There’s a long tradition that the intelligence community at the appropriate time–and now is the appropriate time since both candidates have been officially anointed–that both camps will be reached out to and offered briefings,” said Director of National Intelligence James Clapper, who oversees and conducts the briefings, at the Aspen Security Forum last week.

The practice dates back to the tenure of the 33rd president, Harry S. Truman. On April 24, 1945, just 12 days into his presidency, Truman learned that the U.S. was cultivating an explosive that potentially could destroy the world.

In the summer of 1952, Truman decided that the candidates in that year’s election should be presented with the option of receiving intelligence briefings, remarking at the time, “There were so many things I did not know when I became President.”

What are they being told?

The briefing serves as an introduction to a world that is insular and closed off. Officials describe methods of collecting intelligence – from signals intelligence, which looks at radio and radar clues, to human intelligence gleaned from agents and contacts – and what they know based on those methods.

The officials explain about dangers, ranging from the Islamic State group to despotic leaders around the globe.

While the officials will talk about national security, they will not reveal information about covert operations – or “the ultimate secrets”. That briefing comes later, after a president is elected.

Well, That is the Theory…