“We know Isis has a very commercial eye. They need to raise revenue, so I would certainly say it’s a distinct possibility that Isis may be  involved in sending migrants to southern Europe .” 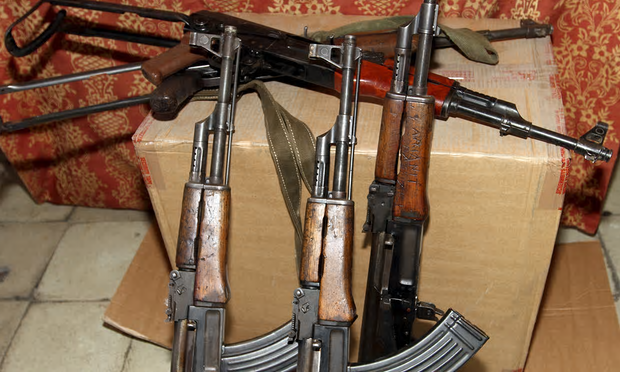 Anti-mafia prosecutors in Catania are investigating the possibility that Cosa Nostra is supplying assault weapons to organised crime syndicates from north Africa and firearms into the hands of extremists in western Europe. If true, it is VERY worrisome, for obvious and not so obvious reasons. Follow us on Twitter: @INTEL_TODAY

Businessmen are well aware that it makes no sense to move a product from A to B and return empty-handed. In some sense, it was the basic idea that led to the creation of what is known today as the “European Union”.

Criminal organizations do not think differently. If they find a path to move their product from one place to another, they will find a way to make profit of the return trip.

RELATED POST: Is Belgian ISIS Jihadist Osama Atar the ‘Mastermind’ of the Paris and Brussels attacks?

In case you wonder about the analogy:

“The Catanian mafia in turn works closely with the Calabrian ’Ndrangheta, an international criminal network whose mastery of the cocaine market means it has a turnover of £44bn, greater than McDonald’s and Deutsche Bank combined.”

It has long been suggested that the “drug highway” used to move the cocaine from Colombia to Western Africa and then to Sicily/Italy was also used to move illegal (Nuclear) waste back to Africa.

Now, it is feared that assault weapons are being flown from UK/EU criminal organizations to terrorist groups such ISIS while, at the same time, illegal immigrants are being smuggled from Libya to Southern Europe on the return trip.

Robert Crepinko, head of Europol’s European Migrant Smuggling Centre (EMSC), which was set up to dismantle the proliferation of criminal networks orchestrating people-smuggling, said that it was possible that British criminals might be working with extremists in north Africa and Egypt.

Asked if Europol was examining ties between criminal groups in the UK and Europe and Islamists in Libya, Crepinko responded: “That is a fair assumption. It will remain a very busy area of law enforcement.”

I am having great doubt about the Calabrian Ndrangheta working deals with ISIS. But I may be wrong. The worse is never sure.