“So Resolution 731 was adopted. Everyone at the Security Council knew it was wrong. Everyone knew that Libya had nothing to do with the Lockerbie bombing, and that Libya had once again been made a scapegoat by the United States.” 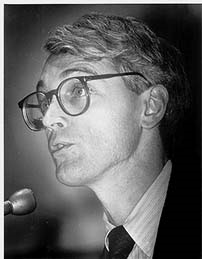 RELATED POST: Lockerbie 30th Anniversary — What do you think about the Lockerbie verdict? [Poll Result – December 21 2018]

The Security Council expressed its concern over the results of investigations into the destruction of Pan Am Flight 103 over Lockerbie, Scotland, and UTA Flight 772 over the Ténéré desert, Niger, which implicated officials from the Government of Libya.

This story has been so distorted by the MSM that it is a gargantuan task to correct all the lies!

How the US & UK MSM distorted the story

Although all MSM reported that the UNSC 731 requests the extradition of Megrahi and Fimah, the Resolution does not make such demand.

As no extradition Treaty exists between any of these three countries and Libya, it would have been obviously illegal to demand the extradition of Libyan citizens.

On 27 November 1991 the governments of both the USA and the UK issued a joint declaration demanding that Libya surrender for trial those charged with the crime, accept responsibility for the actions of Libyan officials, disclose all it knows of this crime, allow full access to the evidence and pay appropriate compensation.

At this date, the USA and the UK were already working on the preamble for a resolution in the UN Security Council.

On 17 January 1992 Libya addressed the UK and the USA in two letters, reminding them of the Montreal convention, the general rule of jurisdiction in case of claims to extradite nationals, as well as asking for arbitration according to Article 14/1 of the Montreal Convention.

On 21 January 1992 the UN Security Council adopted resolution 731/1992 calling on Libya to cooperate in the implementation of the provisions of that resolution and to commit itself to renounce and condemn terrorism.

The resolution was based on the British and American demands put forward on the 27.11.1991.

However, the resolution did not oblige Libya to extradite the two national suspects.

Libya declared, that it had fully cooperated in the case according to international jurisdictions, thus already having fulfilled the demands of the resolution.

How the US & UK avoided a “bloc vote”

On January 4 1992, the New York Times published an interesting story:  U.S. and Allies to Seek U.N. Support Against Libya.

Today the United States, France and Britain sent their United Nations representatives to explain their position to the new United Nations Secretary General, Boutros Ghali, who is said to be worried that a new crisis is developing over the Libyan issue.

The three allies deliberately postponed their campaign against Libya until this month after calculating that changes in the roster of Security Council members effective January 1 [1992] would make the body more sympathetic to their plans.

Cuba and Yemen, which voted against many of the gulf war resolutions affecting Iraq, have left the Council after completing two-year terms, as have the Ivory Coast, Zaire and Romania.

Their places have been taken by Venezuela, Japan, Morocco, Cape Verde and Hungary.

Now that Japan has assumed one of the seats reserved for African and Asian states, the number of Council members belonging to the so-called non-aligned movement has fallen from seven to six.

That means the non-aligned nations can no longer prevent the adoption of resolutions by the 15-member Council by voting as a bloc.

[Intel Today : Only nine votes are needed to adopt a resolution.]

How the US bought the UN votes

Francis Boyle — International Law professor — has written about this case and provided very clear explanations as to how the US bought the key votes.

“The security Council has no authority to demand anyone’s extradition. (…) Nevertheless, Bush senior got the votes.

The key vote was China.

To get the Chinese vote, Bush senior agreed to have his infamous meeting in New York with premier Li Ping, the Butcher of Beijing, the official in charge of the Tiananmen Square Massacre.”

After the passage of Resolution 731, US Ambassador Thomas Pickering declared that countries supporting terrorism will no longer be able to hide behind international law.

The Lockerbie Legality — What went wrong in international criminal law ? By Safia Aoude

This entry was posted in Lockerbie and tagged Pan Am 103 (Lockerbie), UN Resolution 731. Bookmark the permalink.